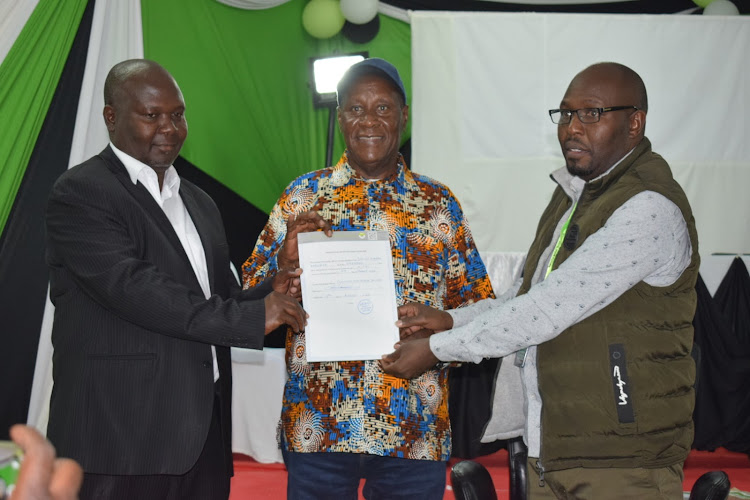 Newly elected Kitui governor Julius Malombe has pledged to make life better for the residents in the country in three years.

“I am on a mission to ensure that in just three years, when the people of Kitui look back in retrospect, they will happily realise that their lives have not only changed, but improved for the better,” he said.

The governor-elect was speaking to thousands of his supporters at his Ithiiani village home in Kitui on Friday night during an election victory party.

He was earlier on Friday night issued with a certificate after being declared the winner of the gubernatorial race by the county returning officer Macharia Gichichi at the Kitui Multipurpose Development and Training Institute tallying centre.

Malombe said in order to achieve the goal of changing the lives of Kitui people for the better, he will work closely with his deputy Augustine Kanani and all stakeholders.

The governor-elect said no one will being left behind, including his  competitors who mean well for Kitui.

Malombe said his political competitors will not be sidelined or be looked down upon as he asked them to concede defeat, and be ready to work with the winner to move Kitui in a trajectory of progress.

“Impassable roads will be graded and bridges will be installed where desired. It will no longer take a long trek to water points,” he said.

Expressing disgust at information he had received that jobs at the county were being offered to whoever gave the highest bribe, Malombe  told residents that with his election as governor; rent seeking would now come to an end. 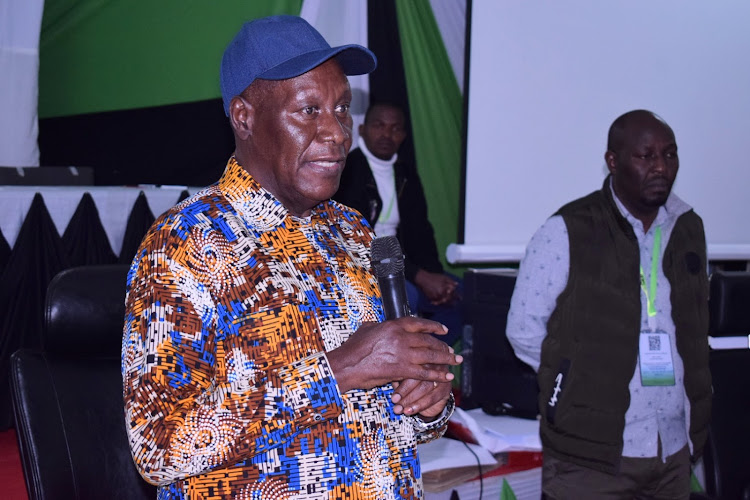 CERTIFICATION: Kitui governor-elect Julius Malombe speaks at the Kitui Multpurpose Development and Training Institute tallying hall soon after he was handed the certificate as the winner of the gubernatorial race on Friday night.
Image: MUSEMBI NZENGU

“If they do not end bribe taking, they must be ready to bear the consequences because I will deal with them firmly,” he said.

Malombe said that to ensure more children access education, the bursary in Kitui will be boosted as the youth are taken to vocational training. ECDE teachers, he said, would also be hired on permanent and pensionable basis and the sacked community health volunteers re-hired.

Newly elected governors likely to be sworn in next month

Governor-elect Natembeya thanks voters, promises to serve all

Reaches out to rivals, saying he is ready to work with them to make lives of all residents better.
Counties
1 month ago