On Wednesday, Governor Abdi withdrew from the race and endorsed Ugaas sheikh for the seat.

•He will now support the alliance that brings together Wajir governorship candidate Ahmed Abdullahi.

•Abikar who was contesting on the Cyrus Jirongo UDP party was part of the alliance that brought together Wajir governor Mohamed Abdi and his running mate Abdifatah Diriye. 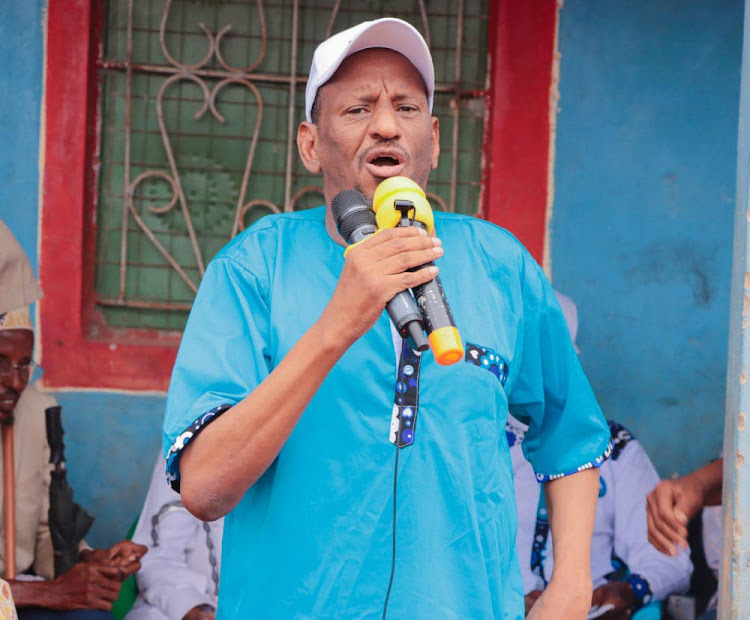 He will now support the alliance that brings together Wajir governorship candidate Ahmed Abdullahi.

Abikar who was contesting on the Cyrus Jirongo UDP party was part of the alliance that brought together Wajir governor Mohamed Abdi and his running mate Abdifatah Diriye.

“After thorough soul-searching moments and in consultation with my United democratic party and party leader Hon Cyrus Jirongo, My family and supporters countywide, I am now unwilling to continue to contest this position,” said Abikar.

On Wednesday, Governor Abdi withdrew from the race and endorsed Ugaas sheikh for the seat. 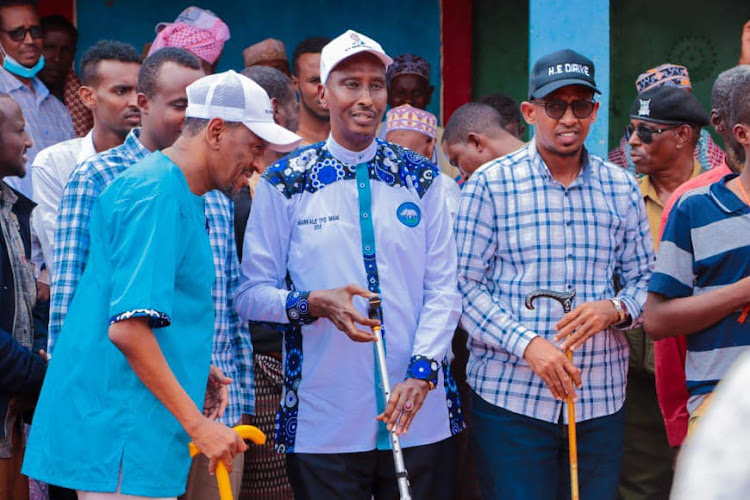 In a statement to the media on Wednesday, the governor announced he has stepped down in favour of ANC candidate Ugaas Sheikh Mohamed.

“I wish to inform the People of Wajir County and Kenyans at large that after making wide consultations and considering a number of factors, I wish to withdraw from the 2022 Wajir County Gubernatorial race in favour of Ugas Sheikh Mohamed."

At the same time, the governor also announced that he has quit politics for good.

Abikar comes from the Ajuran community that is predominant in Wajir North while Diriye who was the running mate to Abdi comes from the Maqabul sub-clan of the Ogaden.

In a statement, Abikar who came second in the 2017 senatorial race said that even though he was ready to serve the residents Abdi’s withdrawal technically exposed him. 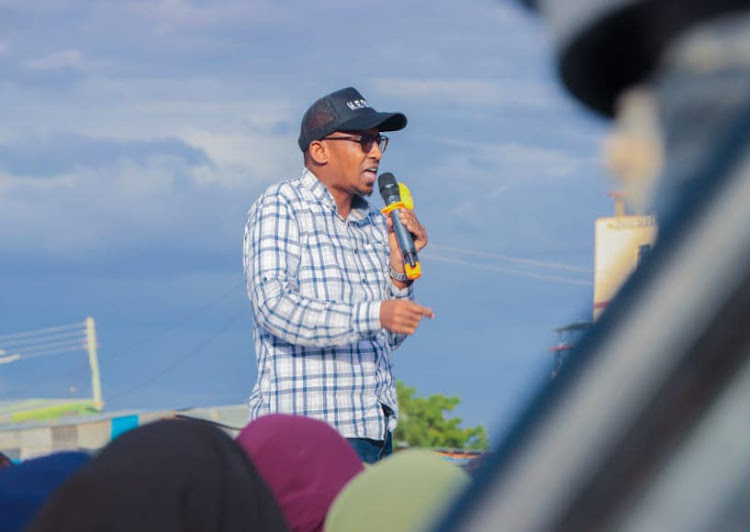 “Multitude of an untenable crowd of senatorial candidates from my Ajuran clan blended with the withdrawal of my team captain Mohammed Abdi Mahmoud from the gubernatorial race has forced me to think twice,” he said.

“The sudden withdrawal and annulment of my [team shuluq] have left the senatorial candidate standing lonely. As result, I, therefore, would like to formally withdraw my application to Wajir voters from consideration as a senator."

Speaking to the Star on phone on Friday, Abikar said that he will support former Wajir governor Ahmed Abdullahi and his running mate Ahmed Muhumed.

He said that they were alive to what the county has undergone in the past five years and appealed to the electorates not to be blinded by the aspect of the clan and instead vote for candidates who have been tried and tested.

“I wish to announce to my supporters that we will change the course of our political underpinning. After thorough reflection and having deeply analyzed all the remaining eight gubernatorial candidates, I have concluded and felt qualified to switch my political support and commitment to team JIIR Caato,” he said.

He added: “We invite our supporters to heed us and join en mass and vote for the winning team of ODM (jiir_caato). This team is competently suited for Wajir county affairs and has passed our long checklist of suitability analysis”.

He said that going forward, he will return to overseeing his party affairs and his old political activism while maintaining a robust relationship with his support base on the ground in the bid for a strong 2027 come back.

On Wednesday Diriye who hails from the Maqbul sub-clan of the Ogaden, which is predominant in Wajir South also threw his weight behind the former governor.

In a statement, Diriye said he arrived at his decision after scrutiny and evaluation of the remaining eight candidates in the race.

"Following the withdrawal of my governor from the race and since we had a joint ticket, my political journey has also been halted,” he said.

Diriye urged residents to support Abdullahi to "free themselves from the bondage of cartels".

Abdi stepped down in favour of ANC's Ugas Sheikh Mohamed.
Counties
3 months ago

Abdi was seeking to retain his seat on an independent ticket.
News
3 months ago
Post a comment
WATCH: The latest videos from the Star
by STEPHEN ASTARIKO Correspondent, North Eastern
North Eastern
05 August 2022 - 10:45
Read The E-Paper