Some 3,010 livestock including cattle, sheep, goats and camels are targeted

• Through community engagement, KRCS purchased very weak livestock from willing pastoralists at an agreed price of Sh15,000 per cow and Sh3,000 per goat.

• So far, meat from the slaughtered livestock has been distributed to affected families within the county. 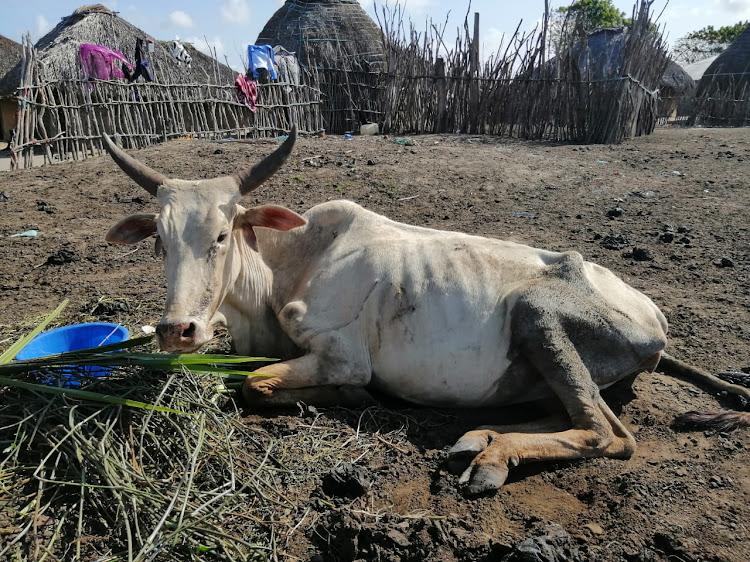 Mandera pastoralists will benefit from an ongoing inter-agency livestock offtake programme aimed at cushioning them from further loss.

The government and Kenya Red Cross Society are carrying out slaughter destocking to eliminate affected animals before they become emaciated, lose value, die or pose a risk to public health.

The exercise is deemed to reduce the loss of animals as drought has impacted negatively on both human and livestock populations in Mandera.

Destocking involves buying the animals from owners at agreed prices, slaughtering and distributing the meat to vulnerable communities.

Residents of Mandera East came out in large numbers with their livestock in an effort to save the remaining ones.

Through community engagement, KRCS purchased very weak livestock with visible ribs from willing pastoralists at an agreed price of Sh15,000 per cow and Sh3,000 per goat.

So far, meat from the slaughtered livestock has been distributed to affected families within the county.

More than 80 per cent of residents have been affected as pasture and water resources have been depleted.

Mandera director of National Drought Management Authority Hussein Mohammed has in the past given the animals pellets to mitigate the effects of drought.

There is however a warning that the drought situation is expected to worsen.

Consequently, over 6000 livestock mostly cattle have since died in various parts
Counties
9 months ago

Thousands of livestock die in Lamu as drought worsens

More than half of the households in the county do not have food.
News
1 year ago

At least 3,000 head of cattle will be used to feed hunger-stricken residents.
Counties
1 year ago