Omar Haji Salat had been cleared as the UDA candidate.

•On Thursday, a sworn affidavit by the UDA national election’s board chair Antony Mwaura played a key role in handing Siyad victory.

•Mwaura told the UDA party disputes committee that they conducted interviews for Eldas parliamentary seat on April 7, during which Siyad emerged as the party's nominee. 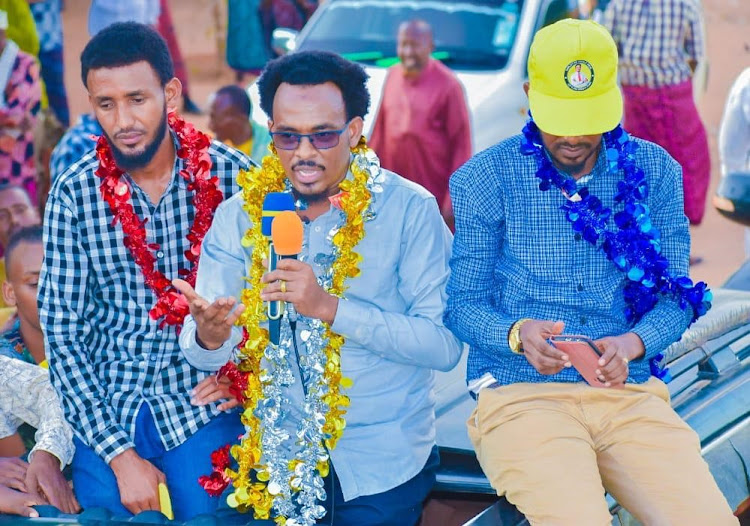 It was a win for Eldas MP seat aspirant Siyad Jimale on Thursday after the IEBC dispute resolution committee handed him the UDA party ticket to run for the parliamentary seat.

On May 31, Siyad presented his papers to the IEBC for clearance as a UDA candidate only to be told another aspirant, Omar Haji Salat, had been given nod to vie on the Wheelbarrow party ticket.

The revelation occasioned a standoff as Siyad sought to know how Omar was cleared yet he was not the bonafide nominee of the party led by Deputy President William Ruto.

Siyad argued Omar was an imposter who presented a fake UDA nomination certificate that misled the Eldas IEBC returning officer, Alibashir Alinoor clearing him to vie.

He said he was issued a valid nomination certificate dated April 20, by the party’s election board. 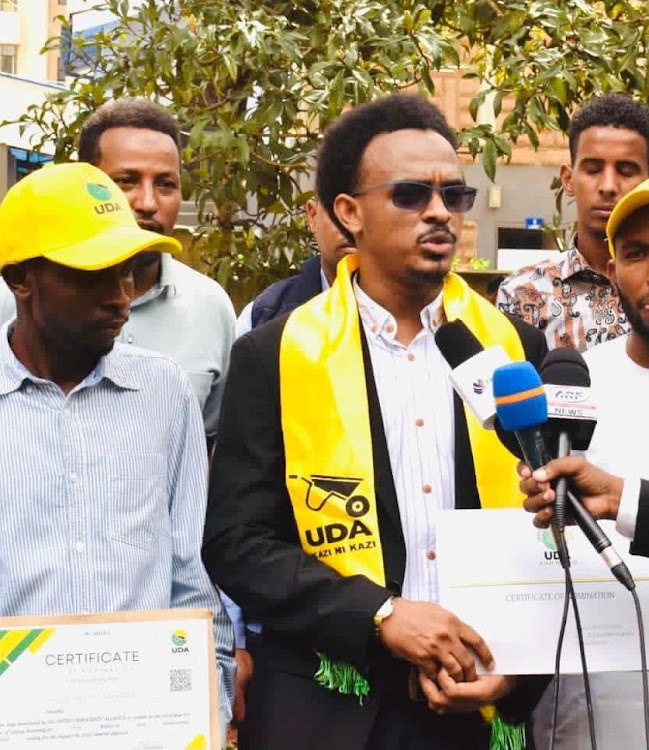 The standoff persisted for hours with Eldas IEBC officials maintaining their ground.

Siyad was forced to move to the IEBC tribunal to seek redress.

The IEBC tribunal, however, referred the matter back to the UDA party which was to determine between the two who was their bonafide nominee.

The respective parties appeared before the UDA party Electoral and Nomination Disputes Resolution Committee on June 22, for the hearing and determination of the stalemate.

On Thursday, a sworn affidavit by the UDA national election’s board chair Antony Mwaura played a key role in handing Siyad victory.

Mwaura told the UDA party disputes committee that they conducted interviews for Eldas parliamentary seat on April 7, during which Siyad emerged as the party's nominee.

Mwaura revealed that Siyad was issued a nomination certificate on April 20. 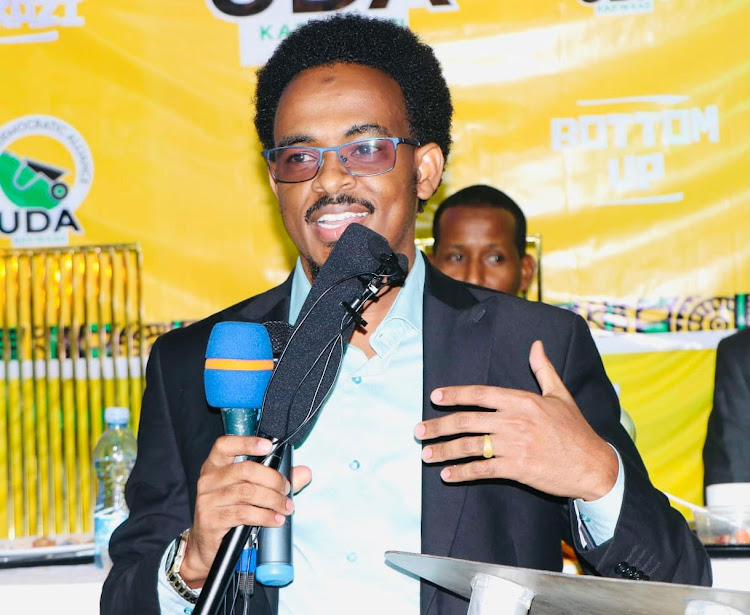 Mwaura also urged the UDA disputes committee to revoke the clearance of Omar, listed as the third respondent, since he was not the duly nominated candidate.

It is on that backdrop that the UDA disputes committee had no option but to rule that Siyad was the one supposed to be cleared to vie.

Siyad, while reacting to the ruling, expressed gratitude to the tribunal for being neutral and transparent.

“I knew from the beginning that I will emerge victorious because I was the legitimate UDA nominee for Eldas Parliamentary seat as depicted in the UDA & National Election Board Affidavit,” he said.

“The ruling also vindicated the transparency of the  UDA Party since they have clearly shown that no one can access it through the backdoor without passing through the right channel."

Siyad has now pledged to hit the ground running for campaigns in a bid to clinch the seat in the August 9, polls.

Abdullahi becomes the first governor candidate in Northeastern to pick a woman as his deputy.
Counties
3 days ago

Says the county has made several steps backwards due to poor leadership.
Counties
5 days ago
WATCH: The latest videos from the Star
by STEPHEN ASTARIKO Correspondent, North Eastern
North Eastern
23 June 2022 - 19:44