Garissa governor aspirant Abdilatif Mohammed received a major setback after his running mate withdrew from the race to back the incumbent Ali Korane.

Confirming his withdrawal, he said the endorsement from his community was turned down due to a binding promise they made to support Korane for a second term.

"After lengthy consultation with clan elders led by Sultan Mohamed  Abdisamat and his second in command  Ugas Abdinassir Sheikh Ahmed,  I decided to respect their verdict," Abdullahi said.

He said an aspirant needs to build his politics from the grassroots to have bargaining power. Aden promised to stand with his community and support Korane.

Mohamed is yet to comment on the latest development.

Korane, who will be contesting on the Jubilee ticket lauded the Abokor Adar clan for the decision. Korane's running mate is Adan Shaiye.

He said the political move taken by the community is living embodiment of trust unity and honesty.

Others in the race are former governor Nathif Jama of ODM who settled on incumbent Deputy Governor Abdi Dagane as his running mate and Dekow Mohamed who picked Abdi Amin. 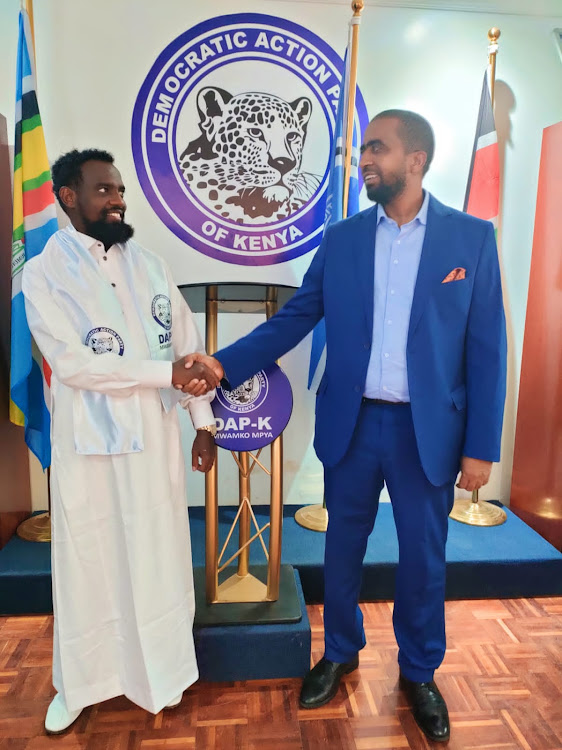 Says time has come for political mistakes to be corrected and radical transformative changes made.
Counties
1 month ago

Dagane says he was never given space to discharge his duties.
Counties
1 month ago

The Garissa governor and his co-accused had challenged their prosecution on account that the money was refunded
News
1 month ago
“WATCH: The latest videos from the Star”
by STEPHEN ASTARIKO Correspondent, North Eastern
North Eastern
24 May 2022 - 23:00