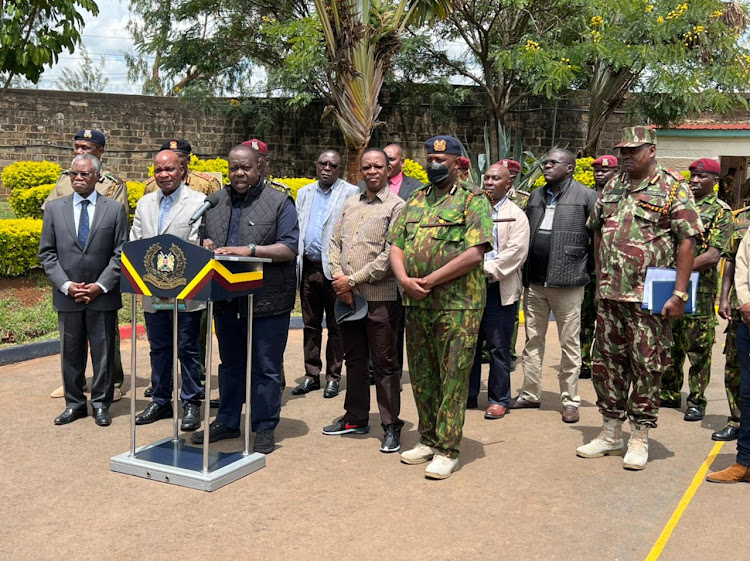 A Marsabit chief and his driver were on Wednesday arraigned over the murder of six people in the county.

The six killed include Loglogo senior chief Kennedy Kongoman, an assistant chief and four others while on their pursuit of stolen animal on Thursday last week.

Shurr area chief Isaacko Warguto Bewa and his driver Boru Abudo Guyo appeared before magistrate SK Arome but did not take plea as police asked for 21 days to complete investigations.

The two will be remanded at Laisamis police station awaiting to be brought back to court on May 19.

Meanwhile, 37 people were arrested for defying a curfew order on Wednesday and taken to court.

They were fined Sh2,000 each and released. They were arrested in  Marsabit and Laisamis.

This is even as the 6pm to 6am curfew elicited mixed reactions.

While some have welcomed the directive others say the curfew will affect their business.

Businesswoman Morme Abdi, a miraa trader in Marsabit, said the curfew will affect her sales and asked government to apply directives only in areas experiencing tribal conflict instead of issuing blanket curfew.

Marsabit human right defender Mohamed Hassan urged residents to abide by the directive and strictly follow the curfew saying they were keenly following the conduct of security agency.

The dusk to dawn curfew is aimed at flashing out criminals and those in the county illegally.

The curfew is to allow the security forces deal with criminal activities there.
News
3 weeks ago

Lawmakers instead want the security agencies to focus on flushing out bandits
News
2 weeks ago
“WATCH: The latest videos from the Star”
by ABDIKADIR CHARI
North Eastern
05 May 2022 - 22:00