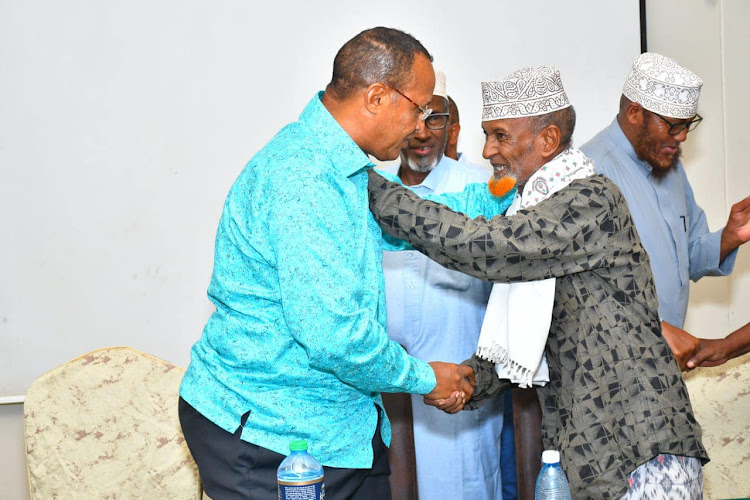 A coalition of the Awlihan and Samawadhal clans of Garissa is in the works.

Reliable sources told the Star the two clans are working on the finer details and will soon make a formal announcement.

Recently while campaigning in Masalani town, former Garissa governor Nathif Jama who hails from the Awlihan clan hinted at forming an alliance with the Sawadhal.

His sentiments were echoed by Garissa Senator Abdul Haji during the inauguration of Bodhai subcounty two weeks ago, attended by Jama.

Last week, the Azimio team led by Jama and a host of leaders held a meeting in Dadaab subcounty in which Haji who hails from the Samawadhal clan was also in attendance.

On Sunday, elders from the two communities led by Ugas Hassan Shurie [Samawadhal] and Hamud Sheikh [Awlihan] held a meeting at a Garissa hotel. 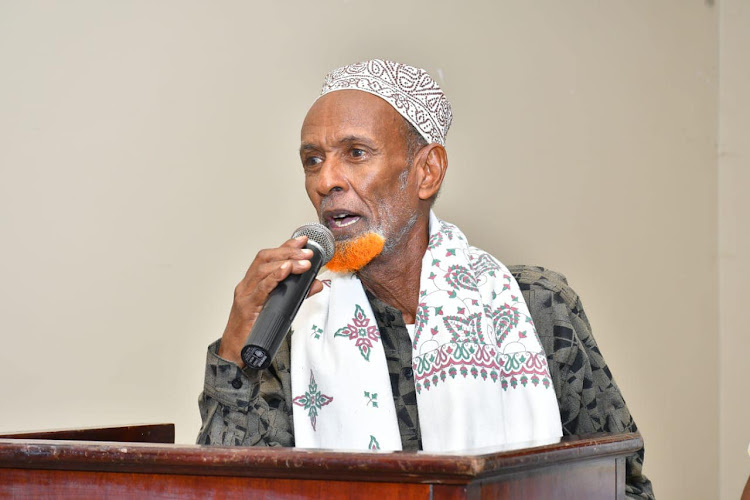 ALLIANCE: Ugaas Hassan Shurie of the Samawadhal clan speaking during a meeting that brought together elders from the Awlihan and the Samawadhal at a Garissa hotel on Sunday, March 27.
Image: STEPHEN ASTARIKO

A source who attended the meeting said they discussed how the two clans can strike a working formula that will consolidate their voting bloc so that they win by a big margin.

Also discussed was the deputy governor position which is to be filled by a person from the Samawadhal clan.

“It is obvious that we will be supporting Jama for governor and Haji for senator. The deputy governor position is yet to be filled while the woman representative position is free for all," the source said.

Local analysts say the choice of a running mate will have an impact on the election outcome.

The county is inhabited by three major clans namely the Awlihan, Samawadhal and the Awdhaq.

Since devolution, the three communities have been teaming up to balance clan equations and win available seats in the county.

The Senate and deputy governor seats have been going to the Samawadhal. 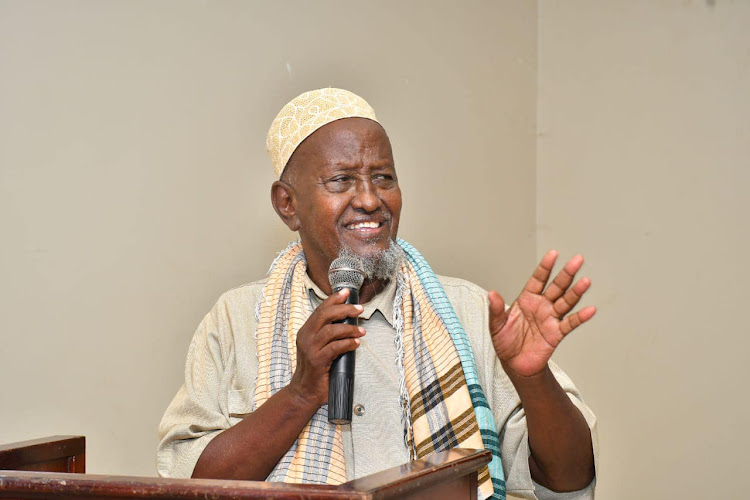 STRONG VOTE BLOC: Sultan Hamud Sheikh of the Awlihan clan speaking during a meeting that brought together elders from the Awlihan and Samawadhal clans at a Garissa hotel on Sunday, March 27..
Image: STEPHEN ASTARIKO

IEBC data shows that Ijara constituency which is largely inhabited by the Samawadhal has 30,000 registered voters.

In 2017, the Samawadhal entered into a pact with Awdhaq under the Tolomoge alliance. They then shared elective seats on the Jubilee Party ticket.

Others in the race are incumbent Ali Korane and Dekhow Mohamed who all hail from the Awdhaq clan.

Kenya Kwanza will elections in round one — Duale

Says they have the people, numbers and their agenda resonates well with the majority
Counties
3 months ago

Mukhtar was among the leaders who attended the Azimio rally during Raila's visit.
News
3 months ago

The meeting comes a day after the CS announced 30-day dusk to dawn curfew in some parts of Garissa.
News
3 months ago

A visibly angry Ijara MP Sophia Abdi Noor  blamed Korane for being behind the fiasco that saw CS Munya and top administrators stay away
Counties
3 months ago
“WATCH: The latest videos from the Star”
by STEPHEN ASTARIKO Correspondent, North Eastern
North Eastern
28 March 2022 - 22:00