• She says she makes more money in value addition than in selling the produce after harvest. 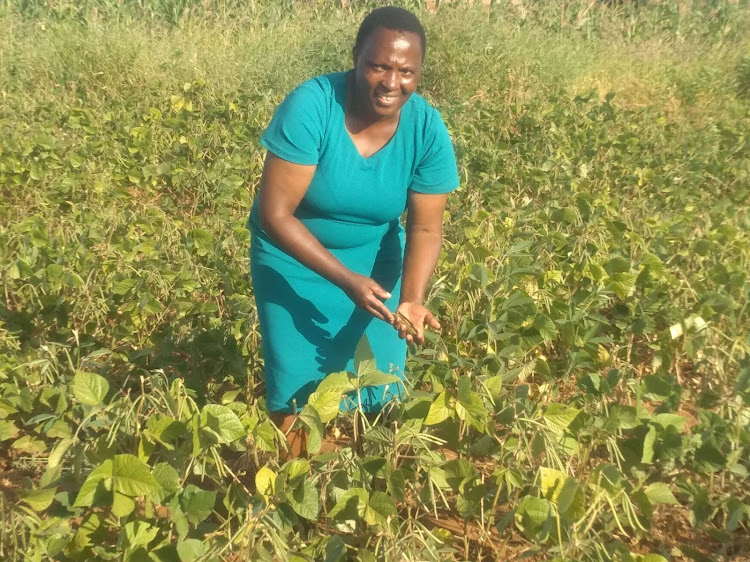 WEALTH IN SOIL: An elated Catherine Mbili, from Kathonzweni in Makueni put her certificate in pharmacy aside and opted to grow drought tolerant crops.
Image: AGATHA NGOTHO

She said after sitting her certificate exams, she did not have money to continue with her education, so she turned to farming.

Mbili says farming has always been her passion. However, she also needed money to take care of her children, now aged 25 and 23.

“Money is money. It is better to have some little money than none. I decided to grow drought tolerant crops and try my luck in value addition. I have no regrets,” she said.

Mbili is among farmers in Makueini, Kitui and Taita Taveta counties who have shifted from maize farming to drought tolerant crops like green grams, sorghum, groundnuts and millet.

This is with support from the Accelerated Institutional and Food Systems programme.

The programme is funded by USAID/Feed the Future and is being implemented by the International Crops Research Institute for the Semi-Arid.

“Growing maize in Ukambani is embarrassing because one has to wait for almost six months and you either harvest very little or nothing,” Mbili said.

She says she makes more money in value addition than in selling the produce after harvest.

The 48-year-old mother of two said she makes birthday and wedding cakes from sorghum and pearl millet. A 1kg cake goes for between Sh1,200 to Sh1,500. 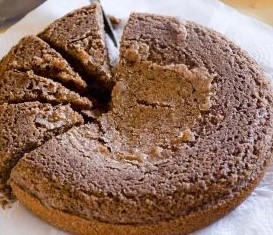 She also makes queen cakes and mandazis which she sells each at Sh20 and Sh10 respectively.

"I have a shop where I sell queen cakes and mandazis but I make the cakes by order. In a good month, I make between Sh20,000 and Sh30,000 from pastries.

Mbili who also trains farmers says she also makes porridge which she sells to farmers during field days.

"I teach them the importance and benefits of growing drought tolerant crops," she said.

The farmer said drought tolerant crops do well in Makueni because it is semi-arid and most of the time the rains are inadequate.

She advises farmers to embrace drought tolerant crops and engage in regenerative agriculture.

“There is a lot of wealth in the soil. When God created man, He put him in the garden because everything is found in the soil.

"I don’t understand why people idle around in the towns while one can make something from farming, especially if you follow good agricultural practices.

"If you do not want to do farming, you can do value addition which is a gold mine. You can buy from farmers, it is not a must you produce,” Mbili said.

The Feed the Future programme indicates that production and marketing of drought tolerant crops is key to food and nutrition security in arid and semi-arid lands in Kenya.

According to statistics from Feed the Future, smallholder farms in the ASALs account for 30 per cent of cereal production and 54 per cent of pulse production in Kenya.

“These crops had been abandoned by our farmers. We want to start a big campaign so that they can go back to planting crops like sorghum, millet and green grams.

"These crops are nutritious. I think our people abandoned them for lack of knowledge, skills and information.

"We will develop a programme to address these issues and ensure farmers increase productivity in their farms and earn better incomes," he said. 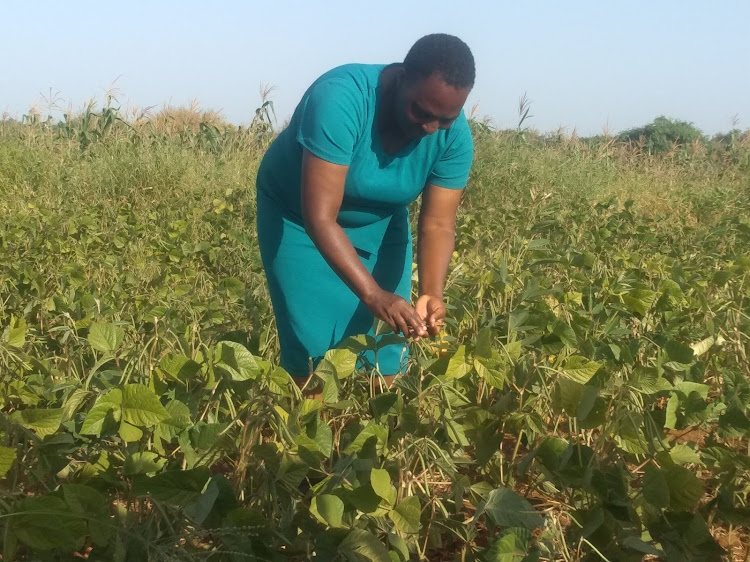 Nai’posha dairy farm: From hobby to employing over 60 people

This is to strengthen county's capacity in coordination and collaboration on matters development.
Counties
1 year ago
Post a comment
WATCH: The latest videos from the Star
by AGATHA NGOTHO Science Writer
North Eastern
02 February 2022 - 22:00
Read The E-Paper