The four said process had pre-determined outcome, putting its credibility into disrepute. 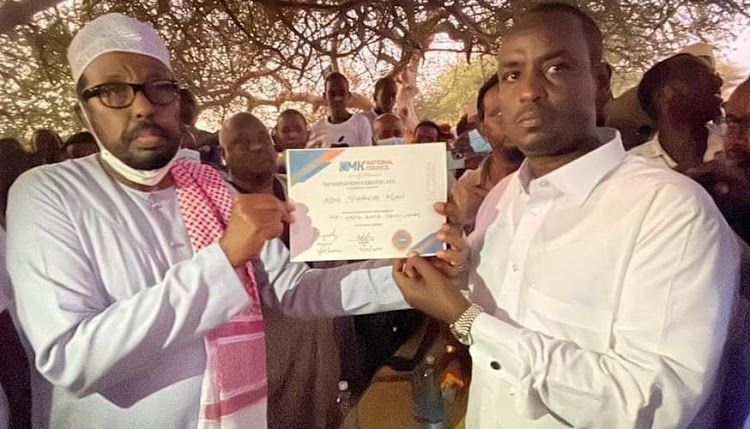 Just a week after elders from the Makhabul clan endorsed Aljazeera journalist Mohamed Adow for the Wajir South parliamentary seat, those left out have contested the decision.

Some of the factors considered were community service, experience, educational background and sub-clan dynamics.

Saleh, a former provincial commissioner and a one time ambassador, said the process was transparent, free and fair.

In a statement signed by Dr Mohamed Kahiye, Khalif Abdi, Ahmed Muhumed, Noor Aden and Mohamed Abdullahi, the four poked holes into the entire process calling for a repeat. 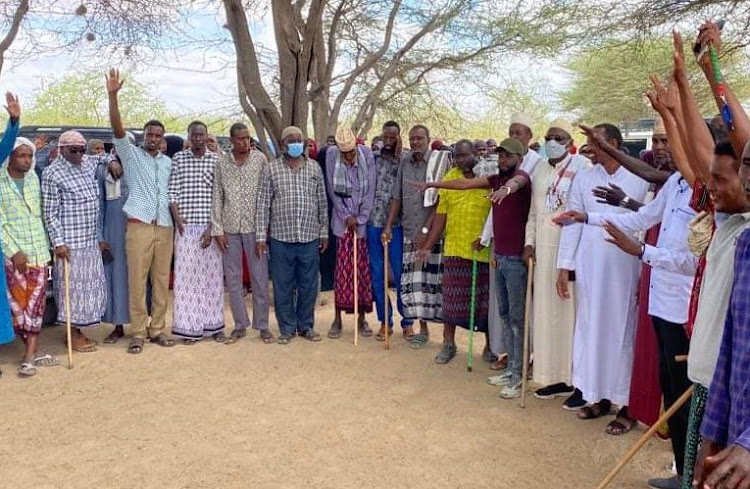 Elders from the Makhabul clan after the endorsement of Al Jazeera journalist Mohamed Adow as the sole candidate to contest for the Wajir South parliamentary seat.
Image: STEPHEN ASTARIKO

"Pursuant to your call for application by aspirants on 4th December 2021 and subsequent communique therefrom, we the undersigned did apply for the positions announced,” read part of the statement.

It adds: “For a plethora of convergent and divergent reasons, jointly and separately, we herein register our egregious dissatisfaction, nay disapproval, with the process and attendant outcome of the Lagdima verdict.”

According to the four, the process was predicted with a pre-determined outcome something that put its credibility into disrepute.

“To this end, we submit that the Lagdima process be reviewed resulting in the needful due diligence and procedures be instituted for a fresh process to pick the nominees,”

Ahmed Muhumud was a Gubernatorial candidate in 2017 election and got over 35,000 votes.

Ogle was a Wajir South parliamentary candidate in 2017 and garnered over 4000 votes. He is energetic, a good public speaker.

Khalif Hirbate was the Maqaabul clan flag bearer in the last polls and lost the election to the current MP, Omar Sheikh.

Dr Kahiye and Awil have been harbouring political ambitions for the past two election cycle. Both have been victims of the infamous negotiated democracy.

Saleh is yet to comment on the latest move by the four . 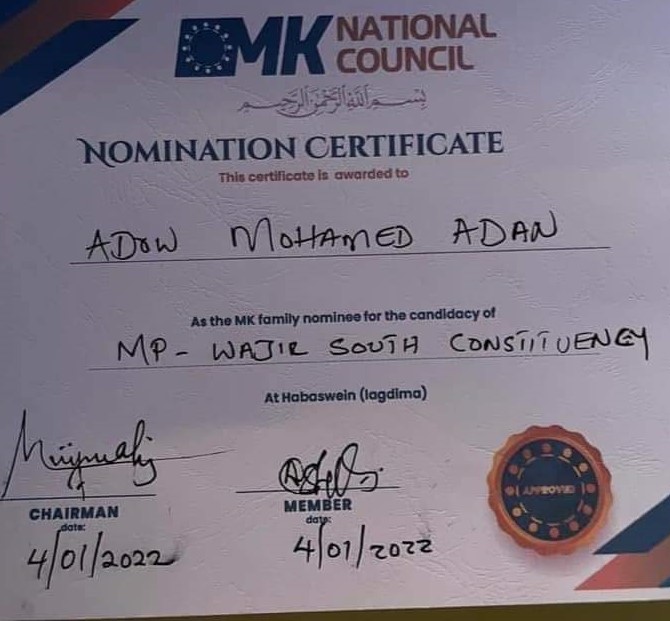 Wajir South is home to the Ogaden that is made up of four sub-clans namely Mohamed Zubeir, Makhabul  Bah Geri and Geri.

Adow had on the day of endorsement thanked the elders for their trust in him promising to do his best to clinch the seat and subsequently take the constituency to new levels.

“I accept this endorsement with a full and grateful heart with only one obligation; that is providing good leadership to our community and to the people of Wajir South,” Adow said.

Negotiated democracy that is commonly practiced in Northeastern to pick candidates for various seats has of late come under sharp criticism with those left out protesting and vowing to go all the way to the ballot. 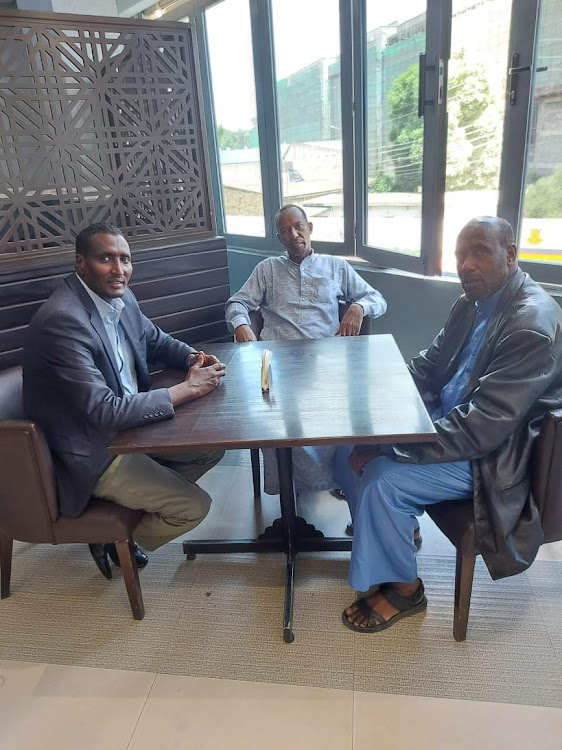 Adow, is a journalist with a wealth of experience, having worked for international media house, British Broadcasting Corporation (BBC) for 10 years, before joining Aljazeera in 2006.

He is currently based in Doha, Qatar, and works as a correspondent in three continents, Africa, the Middle East, and Europe.

He holds a Master degree in Media, Communications and Public Relations from the University of Leicester.

Mohammed Adow now joins a stream of other candidates expected to contest for the same seat.

Former MP Mohamud Sirat is also in the race as well as Abdirashid Yussuf.

The elders settled on Adow after putting into consideration several things.
Counties
1 week ago