People who identified themselves as cops emerged from a truck and forcefully took him away.

• People who identified themselves as cops emerged from a truck and forcefully took him away.

• Statistics by Missing Voices show at least 163 people have been killed by the police or disappeared by October 2021. 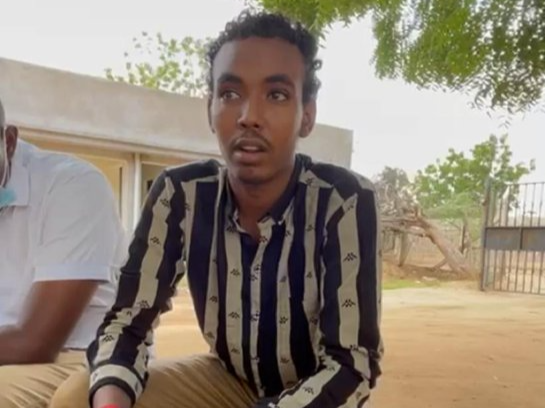 A Garissa family is on a desperate search for their 22-year-old son who was abducted by people alleged to be police officers.

According to the human rights lobby HAKI Africa, Shaffi Sheikh Noor was initially arrested at their family home in Garissa on December 5 and then taken to Madogo police station.

“They held him for five days contrary to the law which require that an arrested suspect be arraigned before a court of law within 24 hours after arrest,” the lobby said.

Upon being released by the court, the lobby said, a Toyota Hilux pick up truck suddenly emerged and blocked the way for the vehicle he was aboard.

People who identified themselves as cops emerged from the truck and forcefully took him away without saying his offence, where they were taking him and why.

Mohammed Hassan was, according to his relatives, picked from his shop on December 23.
Counties
11 months ago

“On leaving Garissa Law Courts, Shaffi was abducted by persons who identified themselves as police officers. He has not been seen again,” the lobby reported.

HAKI Africa boss Hussein Khalid had previously complained to the Star that most disappearance cases were allegedly attributable to anti-terror police officers.

According to him, the officers operate in a clandestine manner and abduct those they suspect to be linked to terrorism.

The alleged abduction of Noor follows the latest statistics by the human rights lobby site Missing Voices showing that at least 163 people have been killed by the police or disappeared by October 2021.

According to the site, 139 died at the hand of the cops while 24 people got abducted allegedly by the security agents and their whereabouts are yet to be traced.

The global numbers show a steep rise in the alleged extra-judicial killings and enforced disappearances this year compared to 2020.

Police officials have however dismissed the report saying the figures are not accurate.