Families flock to Garissa mortuary in search of loved ones 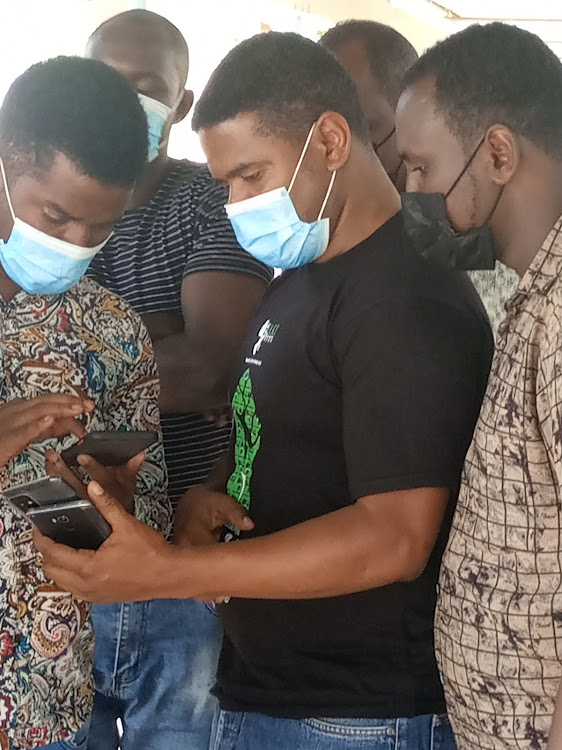 MYSTERY DEATHS: Haki Africa executive officer Hussein Khalid with other human rights activist at the Garissa morgue looking at some of the pictures of bodies floating on River Tana.
Image: STEPHEN ASTARIKO

Families have flocked to Garissa Referral Hospital mortuary in search of their missing relatives, following the recovery of 16 bodies from Tana River.

Of the 16 bodies recovered in a span of three months, Garissa Referral Hospital mortuary hosts 11 bodies, with the rest in other morgues.

On Tuesday, over five families visited the morgue, though no one found their missing loved ones given the state of the bodies.

First, it was Peter Mariga who hails from Kisii county but works in Garissa. He was looking for three relatives who have been missing for a month.

Mohamed Siat from Tana River county was also looking for his two brothers—Mohamed Ismail and Jibril Sawane. The two, he alleges, were kidnapped from Hola on April 12, 2018.

“It's been three years since we started looking for our brothers. We have reported the matter to different authorities, all in vain,” Siat said.

Among the people who visited the morgue are relatives of Ahmed Farah who disappeared in 2014.

The families urged the government to help and facilitate DNA testing as the bodies are in bad shape and cannot be recognised.

An official from the Kenya National Commission on Human Rights Northeastern region, Kinyanjui Thuo said that the commission will work with other state agencies to unveil the mystery behind the torturing, killing and dumping of bodies in River Tana.

He further called on the county government to ensure that they do not, in any case, dispose of the bodies without following the right procedure.

“The moment we received reports that the bodies were showing signs of torture, we immediately deployed a team here.

"The team was to review the bodies and see if there were identifiable marks of torture and ensure that no disposal of the bodies will be done without proper procedure.

“There have to be medical investigations and, if possible, samples of DNA collected and properly stores,” Thuo said.

He said the bodies are not identifiable having stayed in water for a long time.

“Curiously, it is clear the bodies were immersed after death because none of the bodies shows signs of bloating, which is an indication of drowning,” he said.

He urged the families who have lost their loved ones in the last three months to come out and check if they might be in the mortuary.

On Sunday, leaders from Garissa and activists called on security officials to move with speed and conduct thorough investigations into the killings.

Garissa Township MP Aden Duale said it is the responsibility of the Interior CS, the IG of Police, the office of the DPP and the DCI to give the country answers on what the goings-on, adding that in the last few months, several Kenyans have disappeared without a trace.

“It is very shocking that over 16 bodies whose hands are tied at the back were thrown along Tana River. What is going on in our country?

"This is a serious homicide that needs thorough investigations from the Ministry of Interior. Somebody needs to tell us who is behind these killings, whether they are government or criminals,” Duale said.

“We cannot just watch as people are killed left, right, and centre and their bodies thrown into the river. We need to be told who are these 16 people, where they come from and who killed them.”