Devolution CS says any form of monkey business will not be tolerated.

• In the past, there have been reports from affected residents, especially in far-flung areas, that water trucks don’t reach them.

• In most cases, drivers collude with unscrupulous traders and individuals to divert the water to their homesteads. 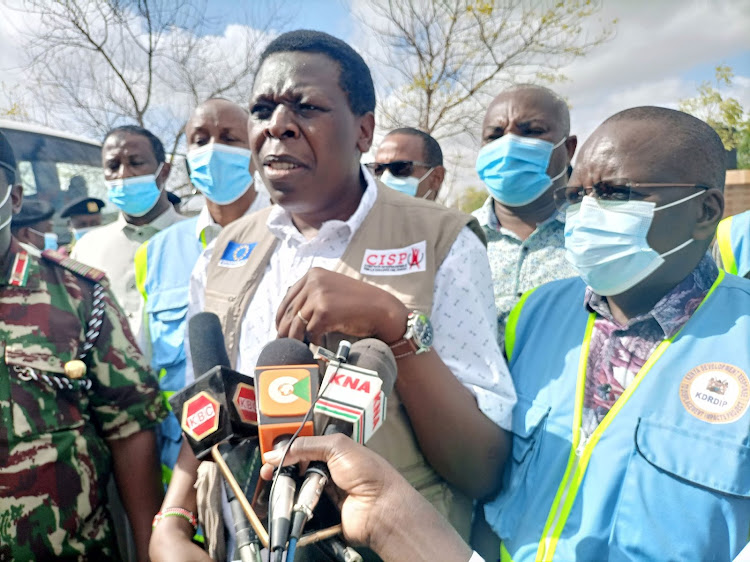 Devolution CS Eugene Wamalwa speaking to the press in Garissa when he launched the water tracking exercise.
Image: STEPHEN ASTARIKO

The government has warned unscrupulous traders and individuals against diverting water bowsers meant for families in dire need of water.

Devolution CS Eugene Wamalwa on Tuesday said the government will not allow any form of monkey business in the exercise.

Wamalwa spoke at the Northeastern regional headquarters when he launched Sh500 million water trucking supported by the European Union. The drive will cover all the subcounties within Garissa.

In the past, there have been reports from affected residents, especially in far-flung areas, that water trucks don’t reach them.

Drivers have been accused of colluding with unscrupulous traders and individuals to divert water to their homesteads.

Wamalwa said this will not be allowed as mechanisms have been put in place to make sure residents and livestock in affected areas benefit.

“We have put in place very good mechanisms to ensure that the delivery and accountability of the water that is trucked to the communities is full proof,” he said

“We have community delivery forms that are signed and filled by the communities. They are then returned for accountability purposes to account for every drop of water that is trucked in different areas.”

He further said government officials, including subcounty administrators, chiefs and the National Drought Management Authority officers, will be around to coordinate the exercise.

The CS was accompanied by Devolution CAS Abdu Bahari, Asal PS Micah Powon, MPs Abdikarim Osman (Fafi) and Mohamed Dahiye (Dadaab). He said NDMA will closely work with Red Cross to ensure that the trucked water is accompanied by animal feed to ensure livestock do not die. 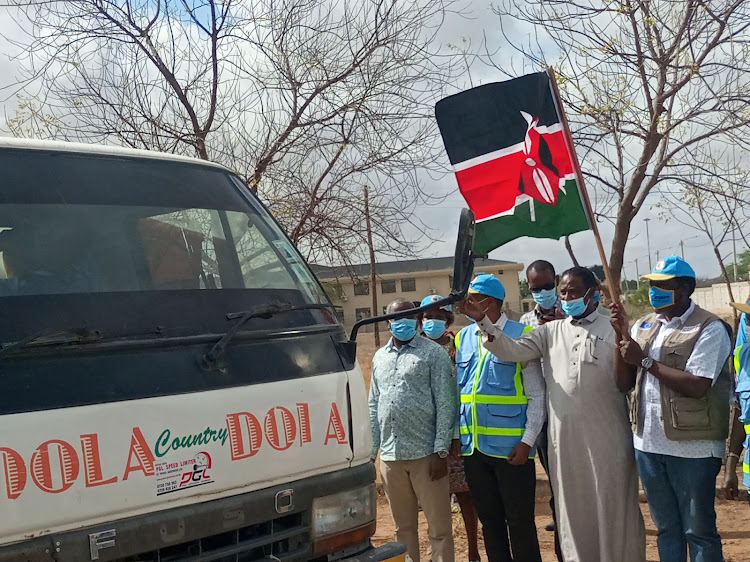 Wamalwa thanked KDRDIP for sinking boreholes that will also help in reducing the distance the trucks have to cover because they will be drawing water from the same boreholes.

The Fafi MP commended the national government for coming to the aid of the pastoralist, saying the condition of the animals was deteriorating.

He further said that even as help was being directed to families and livestock, schools should not be forgotten as many of them are at risk of closure for lack of water.

“Schools need water to run because the children have to eat and drink water, so plans should also be put in place to ensure they are adequately supplied,” Osman said.

On Monday, Wamalwa disclosed that at least two million Kenyans from 10 counties have been badly hit by drought.

He said the government, with the help of other state and non-state actors, was working round the clock to cushion the affected families.

There have been calls by Northern Kenya leaders for President Uhuru Kenyatta to declare the drought that is ravaging the region a national disaster.

However, Wamalwa said the situation is still at the alert stage and well under control.