•The leaders who met on Thursday in Nairobi to forge a new political alignment ahead of the 2022 election, were led by Treasury CS Ukur Yatani.

•On Tuesday, the Kenya Meteorological Department said the October-December short rains will also be depressed and short lived. 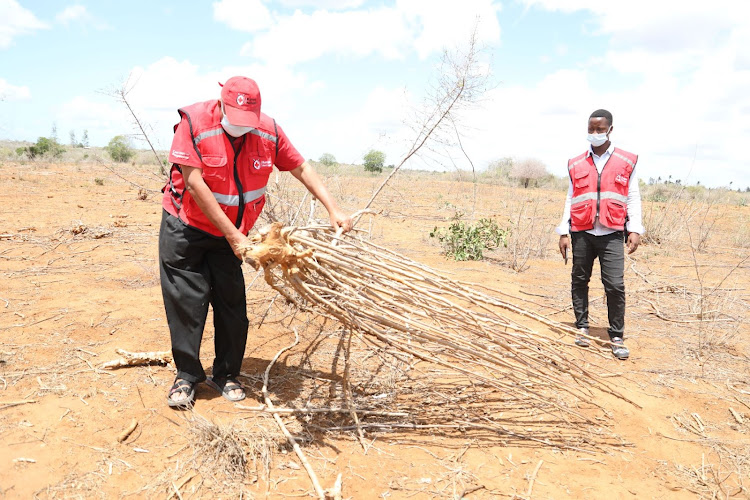 Leaders from northern Kenya have asked President Uhuru Kenyatta to declare drought that is currently ravaging the region a national disaster.

They said although the ongoing drought has affected many parts of the country, it is worse in northern Kenya.

The leaders, who met on Thursday in Nairobi to forge a new political alignment ahead of the 2022 General Election, were led by Treasury CS Ukur Yatani.

“We have drought, water and food shortage that have affected the entire region. The government should now declare the drought a national disaster,” Isiolo Senator Fatuma Dullo, who spoke on behalf of the leaders said.

The National Drought Management Authority says the situation is growing into a crisis because rains failed in the region for three consecutive seasons.

On Tuesday, the Kenya Meteorological Department said the October-December short rains will also be depressed and short lived.

“If we do not receive rains from October, the drought might evolve into an emergency,” NDMA chief executive officer James Oduor told journalists last week.

According to the latest report by the NDMA, at least 2.3 million people in northern Kenya need food donations to survive until December.

This is a 40 per cent increase from the 1.4 million people that were in need of food aid in February.

According to Kenya Red Cross Society, the forecast of high temperatures to December is expected to drive a deterioration of forage and water resources.

“This will increase incidents of livestock disease outbreaks and resource-based conflicts where livestock congregate in large numbers.

Two weeks ago, the National Treasury said it would release Sh2 billion under the National Drought Emergency Fund to assist the families.

Oduor said Sh1 billion would go towards immediate interventions on drought between August and December.

“Another Sh1 billion will go towards interventions on long-term development activities that will minimise future impacts of drought in the country,” he said.

The interventions include provision of water and off-take of livestock.

Oduor said about Sh4.9 billion is required to provide food alone for the two million people in need of support between now and December.

“The total requirement for food and non-food interventions between now and December is Sh7.3 billion.

"We have so far received Sh500 million from the European Union for non-food drought response interventions,” he said.

He added that the drought situation in 10 counties including Garissa, Isiolo, Kilifi, Kitui, Mandera, Marabit, Samburu, Tana River, Turkana and Wajir is worse.

The NDMA boss also said that the government is currently releasing cash transfers worth Sh558 million through the Hunger Safety Net Programme.

“The money will be given to over 100,000 beneficiaries in Wajir, Mandera, Turkana and Marsabit.

"Each household will receive about Sh5,400 every two months until December to cushion the vulnerable households from drought effects,” he said.