• Omoding said the other two people were killed on the border of Isiolo and Samburu, where the livestock was stolen. 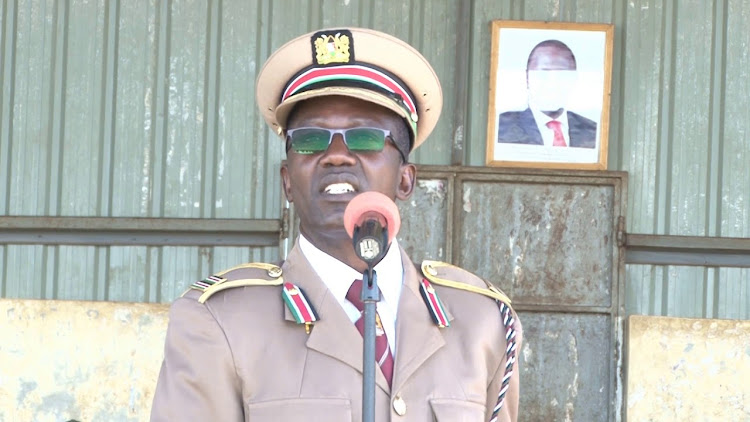 Three people, including a security officer, were Tuesday killed by cattle rustlers in different areas in Merti, Isiolo county, and more than 300 animals stolen.

The security agent was killed while responding to an incident in Urura.

Omoding said the other two people were killed on the border of Isiolo and Samburu, where the livestock was stolen.

He warned against revenge attacks, saying that police are working to recover the stolen livestock.

The latest fatalities increase to more than 20, the number of people killed in the area in ongoing inter-clan clashes in the past month.

The clashes in Isiolo and Marsabit counties have pitted clans against each other. Authorities say politics is driving the clashes.

More security personnel have been deployed in both counties to tame retaliatory attacks, officials said.

Marsabit leaders met President Uhuru Kenyatta on July 15 to try to find a solution to the clashes.

The meeting resolved to deliver a peace plan by July 21.

The meeting at State House, Nairobi, noted with great concern the cyclic flare-ups of inter-community conflicts in Marsabit despite sustained efforts by the government and non-state partners to foster sustainable peace in the vast county.

The President urged the leaders to use their positions of influence to foster peace and reconciliation, noting that the hallmark of true leadership is to bequeath present and future generations a peaceful, prosperous, and united Marsabit county.

Uhuru observed that the violent conflicts leading to loss of lives, destruction of property and displacement of persons are largely a result of incitement by selfish politicians and community leaders.

The leaders, who included elected officials at both national and county levels, serving state officials, clergy, and other community officials, were reminded of past failed efforts to attain sustainable peace, and affirmed their individual and collective civic duty to promote peace in Marsabit county and the region.

Uhuru challenged the leadership and the people Marsabit to honour heroic Kenyans who have lost their lives over the years in pursuit of peace in the region, especially the seven leaders who died in the 2006 plane crash while on a peace mission to the county by ensuring peace and harmony exists in the region.