Led by Garissa governor Ali Korane Korane and Eldas MP Aden Keynan said that the best honour they can give to the late senator was electing his son complete the remaining term left by his late father.

Haji’s family who last week picked Abdul for the seat got the backing the of the late Haji’s Abdallah clan. 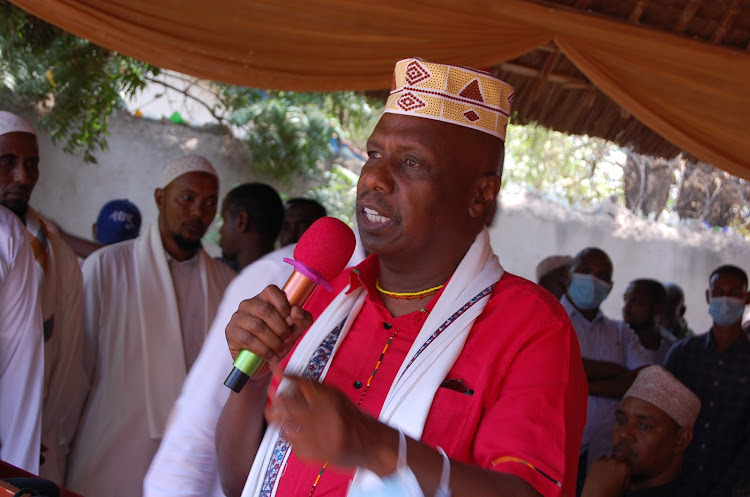 Led by Garissa Governor Ali Korane Korane and Eldas MP Aden Keynan, the leaders said electing Mohamed will be the best honour resident can give to the late senator.

Korane said negotiations by leaders together with clan elders to have Abdul elected unopposed were ongoing.

Korane spoke on Saturday at a Garissa hotel where they raised Sh7.5 million in aid of two madrasa centres in Fafi subcounty.

Haji’s family who last week picked Abdul for the seat have got the backing of their Abdallah clan.

Garissa county is made up of three major clans namely Abduwak, Aulihan and Abdallah. Clans play an integral role in the endorsement of candidates who often end up winning elective posts. 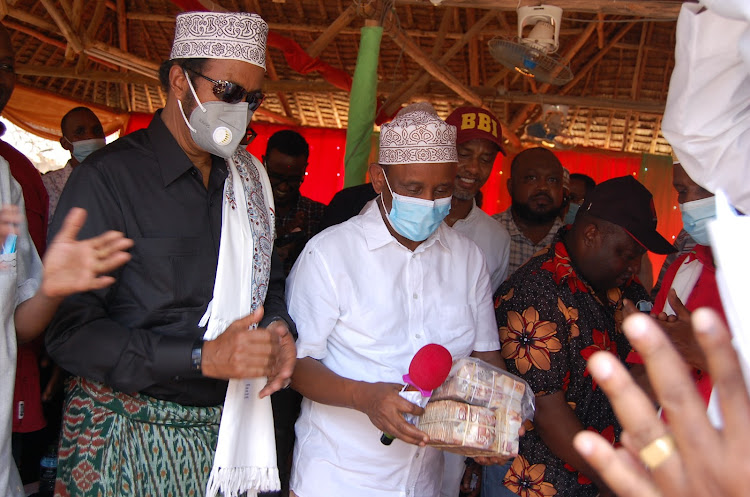 “The late Haji was the embodiment of peace and true leadership not only in our county but in the entire country. The best way to honour him is to have his son succeed him as senator," Korane said.

Keynan noted that the family and the clan have already given the nod for Abdul and so it "should be all systems go."

“What we are doing as leaders together with our elders in fronting Haji’s son and urging the residents to support is not new. It has happened before and will happen again. After all, he has capable sons to take over the mantle,” Keynan said.

Keynan insisted that splitting Ijara and Wajir South constituencies remained top in the late Haji’s priority list and the only way to honour him was by actualising that dream.

Gedion Moi said Garissa should support Haji’s son adding that unity of purpose was ‘required at this point in time’.

So far, no other aspirant has declared interest in the vacant seat.

The IEBC has already scheduled May 18 as the day for the by-election for the Garissa senatorial seat.