Over 500 young people will plant at least one tree in their homesteads. 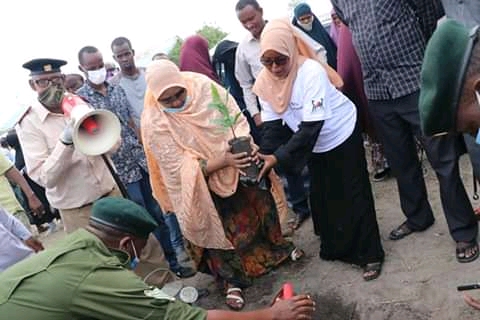 The project will see more than 500 young people plant at least one tree in their homesteads.

Speaking in Masalani town after launching the exercise, Sophia urged youths to take care of the trees.

The MP said the Mathenge tree remains a major problem that has not only messed up the environment but led to permanent effects.

“This tree has caused us untold suffering. It has blocked several roads and waterways. We can only eradicate the effects by cutting the trees down and planting more drought-resistant species," she said.

The government has in the last one month been running the Kazi Mtaani programme to cushion vulnerable youths from the economic effects caused by the Covid-19 pandemic.

Welcoming the initiative, Abdinoor urged the state to involve the youth in the programme.

Abdi Hassan thanked the MP and the government for coming up with initiatives that will help them earn a living.

He said they have shunned drug abuse and criminal activities because of such programmes.

She encouraged her fellow youth to protect the environment, saying countries that have refused to take care of their environment have experienced disasters.