Accused denies charges and requested for a lenient bond term

• Court heard that Kafafa assaulted Mercy Jepngetich on November 8 at around 9:39am at JR flats

• The magistrate directed that the matter be mentioned on November 21 for a pre-trials. 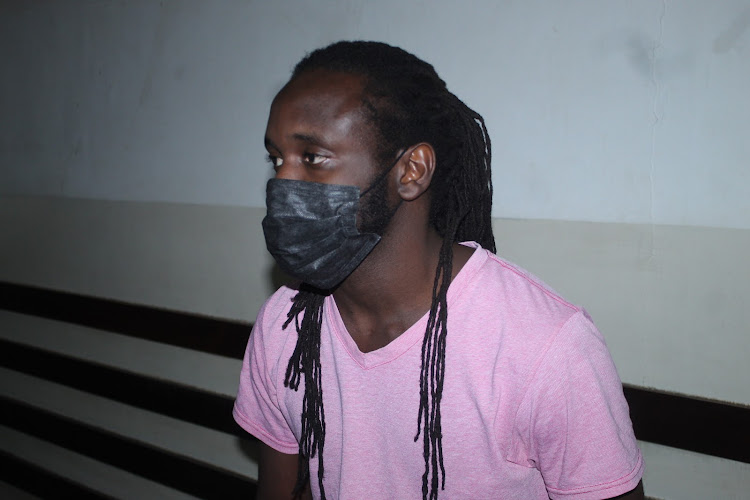 A man accused of beating a woman has been charged with assault.

However, the accussed, Benjamin Kafafa denied the charges and requested for a lenient bond term at the Kibera law court.

Court heard that Kafafa assaulted Mercy Jepngetich on November 8 at around 9:39am at JR flats in Deliverance area, Lang’ata subcounty within Nairobi county.

The accused person had allegedly asked the complainant to have a talk with him before he assaulted her leaving her with injures on her neck and face.

Court heard that Jepngetich was rescued by some people who took her to the hospital for treatment.

Kafafa was released on Sh20,000 cash bail with the surety of the same amount.

The case will be mentioned on November 21 for a pre-trial.

Simiyu allegedly stepped on his wife's abdomen, squeezed her throat and beat her up.
News
2 weeks ago

Zachariah Silatei Ngetich later took poison but did not die.He was rescued by good Samaritans
News
3 weeks ago
Post a comment
WATCH: The latest videos from the Star
by CLAUSE MASIKA
Nairobi
14 November 2022 - 17:13
Read The E-Paper