•The matter will be heard on July 8.

•As a result, the Kenya County Government Workers Union through a letter directed its members not to continue with the strike. 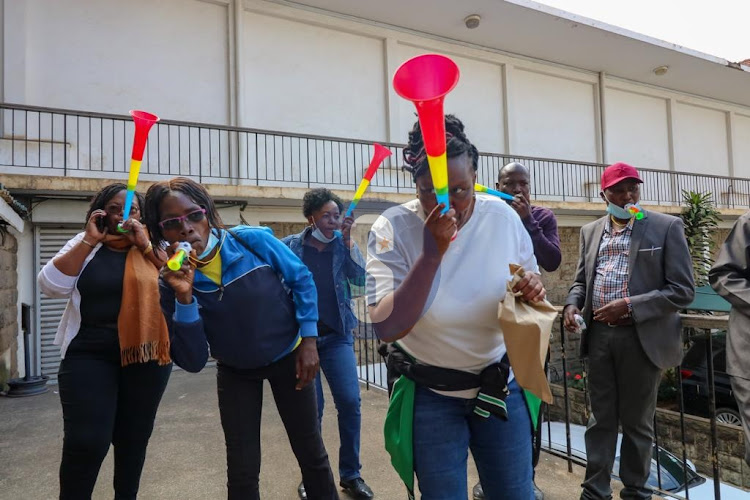 The Ann Kananu-led administration on Monday obtained a court order to halt a staff workers' strike that has disrupted services.

The temporary order was issued by Judge Nderi Nduma of the labour court.

On Monday, normal county services were interrupted as county workers started their strike.

This follows continuous unwillingness by the administration to address their grievances.

“An interim order of injunction is hereby issued, restraining the respondents (City hall workers, unions) and their members from taking part in calling, inciting others to take part in an unprotected strike or any form of industrial action pending the hearing and determination of the applicant,” the order reads.

The matter will be heard on July 8.

As a result, the Kenya County Government Workers Union through a letter directed its members not to continue with the strike.

“The union has consulted and sought legal advice and has resolved to comply with the order. We ask for patience as we address this matter through legal avenues. The workers' welfare remains our main focus,” reads the letter.

The letter was signed by the union’s secretaries Calvince Okello and Festus Ngari.

Among the issues included persistent salary delays, failure to complete promotions of all eligible staff and unwillingness to finalise a collective bargaining agreement.

Others were perennial electricity disconnections and intermittent NHIF medical cover due to failure to pay premiums and remit monthly deductions.

In February, the workers had threatened to strike over the failure of the county to remit their statutory deductions.

The administration had been put in a spot over an alleged diversion of more than Sh490.5 million in staff funds to unauthorised expenditures.

The staff accused City Hall of failing to remit their statutory deductions and union dues despite making a requisition to the Controller of Budget.

The diverted funds include statutory deductions and union dues amounting to Sh490.47 million between October and December 2021 as well as Sh70 million staff claims for January.

However, the Ministry of Labour called upon the union to suspend their 21-day strike notice.

The Ministry assigned a special officer, Boaz Musandu to assist the workers’ union in resolving the issue.

With the accusations by the union, the Controller of Budget launched investigations into City Hall’s alleged diversion of Sh490.5 million meant for county staff salary deductions.

The workers union had raised the issue with COB Margaret Nyakang’o calling for an investigation and audit of the county government’s expenditure during the period under focus.

The saga surrounding the staff salary deductions came to light in January when the union raised an alarm demanding the immediate remittance of all deductions without any further delay.

The workers union had earlier issued a seven-day strike notice to give city hall time to solve their issue.
News
1 month ago

They had earlier issued a seven-day notice to the Ann Kananu-led administration of their intention to strike.
Counties
1 month ago