Uhuru has been visiting the garden almost every Sunday to see its progress.

•Apart from Uhuru Gardens being a place of remembrance and healing, the place will be an arena where the past, the present and the future will converge.

•Uhuru Gardens will have a  Tunnel of Martyrs, as a memorial to Kenyans who lost their lives during the country’s darkest moments. 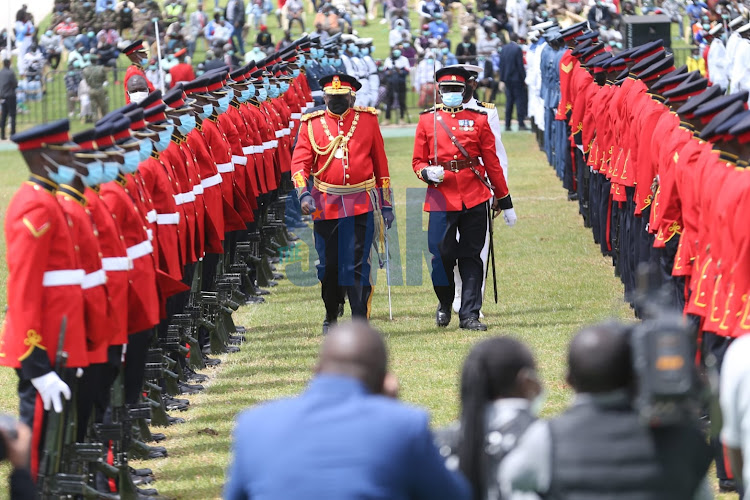 This year’s Madaraka Day celebrations will come 69 days before Kenyans go to the polls to elect Kenya’s fifth new president.

It will also be President Uhuru Kenyatta’s last national celebrations which will be held at Uhuru Gardens in Nairobi, which he referred to as the ‘people’s garden’.

The garden was publicly opened during last year’s Jamhuri Day fete, where the celebrations were held but was then closed to allow completion of some sections.

President Uhuru chose the garden as the place to hold his last public national celebration while in office.

It is at Uhuru Gardens where Kenyans gathered to celebrate its independence in 1963 and after the nation got republic status in 1964.

According to Uhuru, the garden will be a place of remembrance, where Kenyans can celebrate their history.

“By creating this garden as a place of remembrance, our Founding Fathers wanted generations to recall the darkness of our colonial past, but not to be stuck in the pessimism that dark memories can breed,” he said.

Whenever Kenyans congregate at the place of remembrance (Uhuru Garden), Uhuru claimed that it will be a call to renew the Soul of the Nation and appreciate the pain felt and sacrifices made by those who went before us.

“The fallen soldiers and heroes are buried in unmarked graves in prisons and camps all over the country. That is why the project under construction before you at this site was initiated,” he added.

Apart from Uhuru Gardens being a place of remembrance and healing, the place will be an arena where the past, the present and the future will converge.

Uhuru Gardens has been a project more sentimental to the President, who ordered its closure in August 2020.

Since its closure back in August 2020, Uhuru has been making impromptu visits to the gardens whenever he had time almost every Sunday to see the progress of the project.

Dressed like a civilian and in an unmarked car, Uhuru drove into the gardens where a witness said that a guard even asked Uhuru for a tip to let him in the gardens. He didn't know he was being tipped by the President.

Uhuru gave him a tip and he was shown where to park where he witnessed the gardens which had been converted into a place of merry with different activities happening.

The President toured the park with at least one bodyguard before he made calls, it is said, to Chief of Defence Forces General Robert Kibochi and that same night the gardens was closed only to be opened on the last Jamhuri Day after being renovated.

The plan was to set up a government museum of history, a shopping complex, a business complex, a convention centre and a hotel at Uhuru Gardens.

On Wednesday, Uhuru will commission a Mashujaa museum at the facility. The state-of-the-art museum is set to act as an archive of Kenya’s history since 1800.

The museum will include a Hall of Legends, which will showcase the lives of Kenya’s legendary ancestors including Mzee Jomo Kenyatta, Mekatilili wa Menza, Koitalel Arap Samoei, Jaramogi Oginga Odinga and Nabongo Mumia among others.

There will also be the Tunnel of Martyrs, as a memorial to Kenyans who lost their lives during the country’s darkest moments.

“This will range from the first to second World War all the way to the victims of the post-election violence of 2008,” Uhuru added.

In the Rope Gallery of the museum, a named rope will be dedicated to every one of the 1,090 heroic souls that were hanged during the colonial era.

There will be a moment of Darkness Gallery, where Kenya’s lowest moments will be displayed.

The Museum’s Hall of Innovation will celebrate the brilliant and game-changing ideas produced by Kenyans.

This Hall will speak to the coming future and how our past has guided it.

“The hall, marked by a spear pointing up, characterizes our latest exploits, our moments of great hope and national pride, and our bold path into the future,” Uhuru said.

At least 30,000 Kenyans are expected to attend and have their last national celebrations with Uhuru, which will also be the last for the Jubilee regime.

Interior Principal Secretary Karanja Kibicho has led the national celebrations committee in the inspection of the ongoing preparations for the Madaraka day celebrations at the garden.

“This year’s Madaraka Day is significant because it will be the last for this regime and we decided it would be good to come to celebrate it here breaking the tradition of celebrating it in the counties,” he said.

Uhuru assured the state will continue to enforce good governance of the sector.
News
8 months ago

Uhuru: I will hand over power when the time comes

“I do hope the prayers of Ruto come true. I am looking forward to a peaceful time.”
News
8 months ago