In 2017, 29 per cent more women ran for office than in the previous election

•In City Hall, women in power allegedly face all sorts of pressure, dismissiveness and are putdowns by their male counterparts. 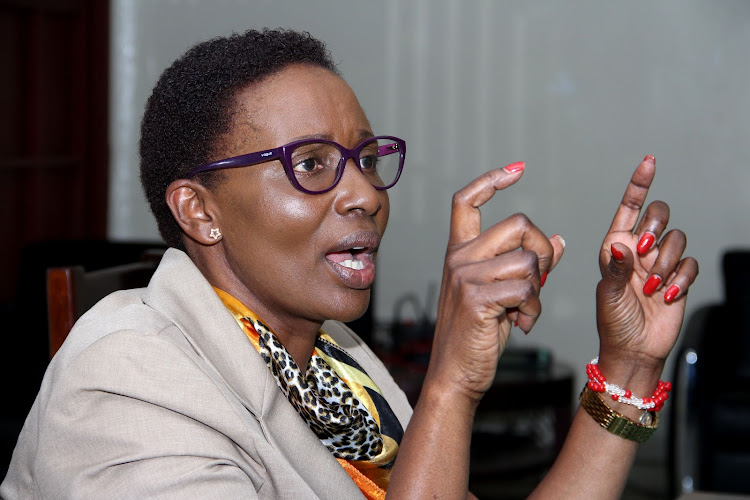 As the August 9  General Election draws near, female aspirants have come out to seek key elective posts and are set to give men a run for their money.

The Federation of Women Lawyers highlighted a number of important political gains made by women in the 2017 polls.

In 2017,  29 per cent more women ran for office than in the previous election.

However, in Nairobi, only Mercy Gakuya was elected MP for Kasarani.

In a political arena dominated by men, women with fire in the belly, backbones of steel and progressive ideas have tossed their hats into the ring. Here are two:

The former CAS for Public Service and Gender wants to be the first female MP for Dagoretti North.

The incumbent, Simba Arati, has bid city politics goodbye and he is seeking the Kisii governor seat.

Elachi, who is a perceived frontrunner, was last month handed a direct ticket by ODM.

She will fly the Azimio flag and battle for the seat against UDA's Chapia Bukachi.

The CAS, who is in her late 40s, has emerged as one of the fierce women leaders, a fighter and an activist on the front line in pushing for women's agenda.

“Empowering the girl child is vital for development of societies. We must do better than what the men do in the political arena," she said.

In City Hall, women in power allegedly face all sorts of pressure, dismissiveness and are put down by their male counterparts.

On September 6, 2017, Elachi was voted as the first female speaker at the county assembly of Nairobi but resigned in 2020 after a tumultuous tenure.

During her tenure, Elachi fought MCAs who wanted to impeach her on grounds of abuse of office, illegal appointment of an assembly clerk and poor leadership.

That was just one year after she took office but the courts restored her.

Apart from ward reps, she also had a tussle with ex-governor Mike Sonko after the Nairobi Metropolitan Services was formed.

Elachi is  a mother of nine, with seven children adopted from the Tana River clashes in 2013.

Her political career started in 2002 when she became the programme officer at the National Council of Women of Kenya and later joined the  'Kibaki Tena' campaign team in 2007.

From 2010 to 2013, Elachi served as the Alliance Party of Kenya secretary general and was later nominated to the Senate.

She would later became the first woman in Kenya to serve as the Senate chief whip. 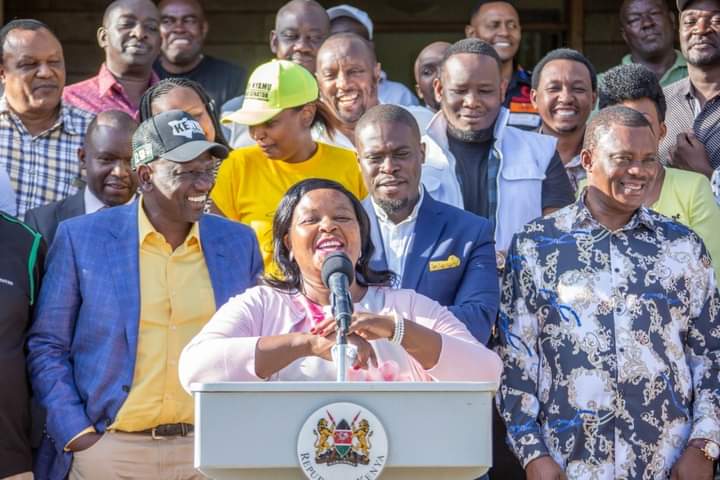 Earlier, she had set her eyes on succeeding Kananu for the top seat but dynamics within the Kenya Kwanza Alliance Coalition forced her to drop her bid.

The coalition unveiled Nairobi Senator Johnson Sakaja as its governor aspirant for Nairobi after a consensus meeting convened by Deputy President William Ruto.

“I want all our supporters and party members to understand that coalition comes with several challenges. And one of them is that there must be given and take,” Wanjiru said then.

The former Starehe MP will face Orange Democratic Movement  secretary general Edwin Sifuna who will fly the Azimio ticket for the Nairobi senator.

Ruto banks on 12 candidates to debut on the ballot against ODM, Jubilee.
Counties
2 weeks ago

This comes after Jubilee handed its ticket to Polycarp Igathe.
News
4 weeks ago

Bishop Wanjiru steps down for Sakaja, to go for Senate seat

Sakaja will fly the UDA party ticket in Nairobi governor race.
News
1 month ago
“WATCH: The latest videos from the Star”
by MAUREEN KINYANJUI News Reporter
Nairobi
05 May 2022 - 22:00