•Last year, NMS embarked on a plan where at least 20,000 vulnerable families in Nairobi will get Sh6,000 NHIF medical cover annually.

•Mugumuini ward is among the five wards in Langata subcounty with the rest being Karen, South C, Nyayo Highrise and Nairobi West. 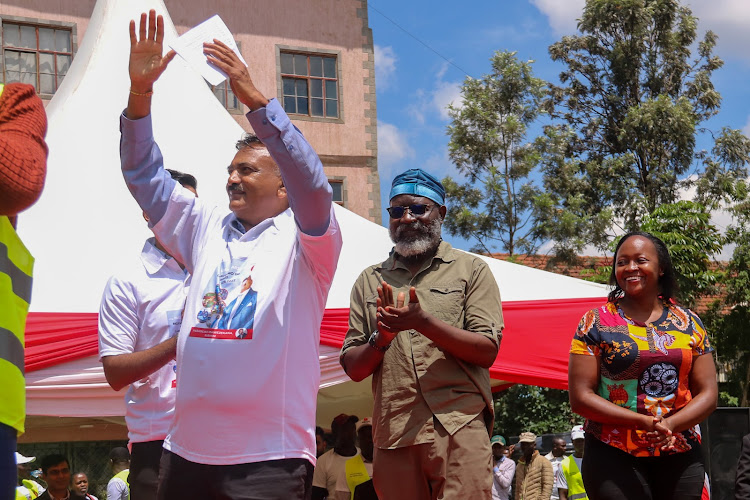 Roots Party has spread its reach into Nairobi and will be seeking to have MCAs in the city county assembly after the August 9, 2022 General Election.

The party will be fielding candidates in wards within Langata and Westlands constituencies, party leader George Wajackoya said.

Wajackoya is running for president.

On Saturday, he led the party in launching campaigns for Naran Arjan who is seeking the Mugumuini MCA seat.

Mugumuini is among the five wards in Langata subcounty with the rest being Karen, South C, Nyayo Highrise and Nairobi West.

Arjan wants to unseat Jared Akama of ODM as the new ward representative.

While launching his bid over the weekend, Arjan unveiled a five-point agenda that he said will transform the ward.

“I’m a resident of Mugumuini and I best understand the gaps in the society and my manifesto will address these gaps,” Arjan said.

Water and sanitation are among the top challenges he wants to address.

Arjan pledged to install water tanks in strategic places within the ward to improve supply.

“I know water is a big challenge but with the installation of water tanks, the commodity will be accessible for domestic use," he said. 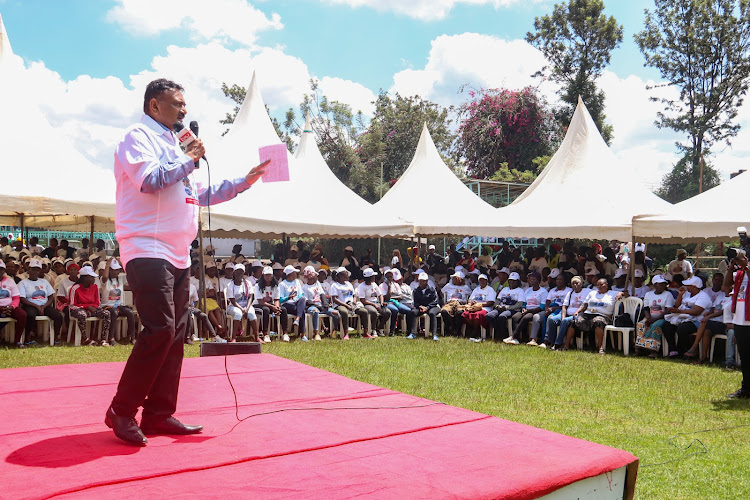 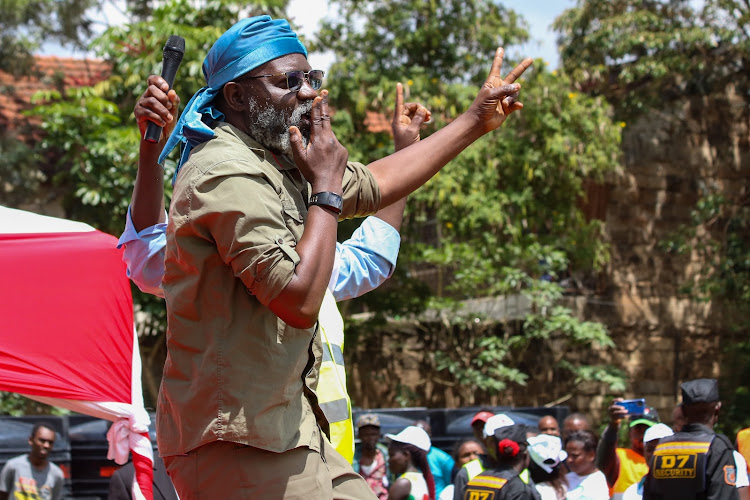 Roots Party presidential candidate George Wajackoya in Mugumo'ini ward on Saturday 30th April during the launch of the MCA campaign under the party
Image: WILFRED NYANGARESI 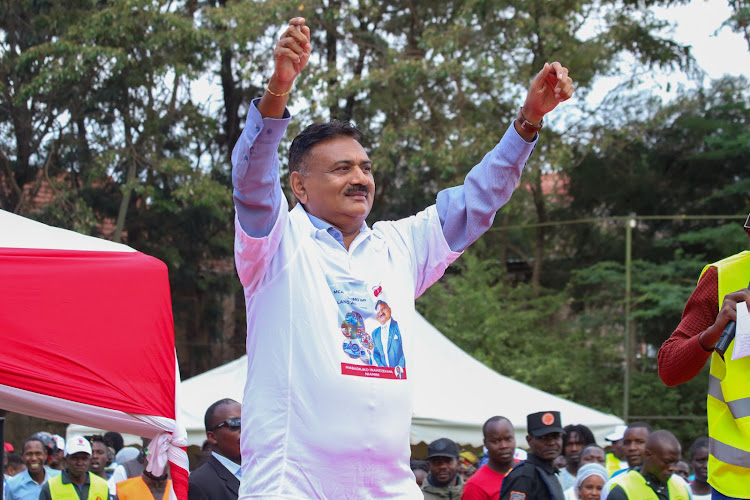 He also pledged to create employment and boost micro, small and medium enterprises. He will also create a Sh1 million kitty for loans to vegetable vendors.

“Mama Mbogas should conduct their businesses in a manner where they shouldn’t be threatened or get worried about loans. From the scheme, they will be able to get loans and no interest will be charged."

Arajan said his office will pay part of the National Hospital Insurance Fund cover for residents.

Last year, the Nairobi Metropolitan Services embarked on a plan where at least 20,000 vulnerable families in Nairobi will get Sh6,000 NHIF medical cover annually.

The development was aimed at supporting vulnerable city residents to meet health costs.

“Access to health care has remained a challenge but with the NHIF  cover, I will ensure all households are covered and those unable to, my office will pay a certain amount for them,” Arjan said.

The aspirant also pledged to work with other leaders and the county government to address sewerage challenges.

To assist the elderly in Mugumuini, Arjan promises to set up a special fund to buy them equipment.

“Giving people free money will make them lazy but if we give them equipment like sewing machines they can earn something small and at the same time keep themselves occupied,” Arjan said. 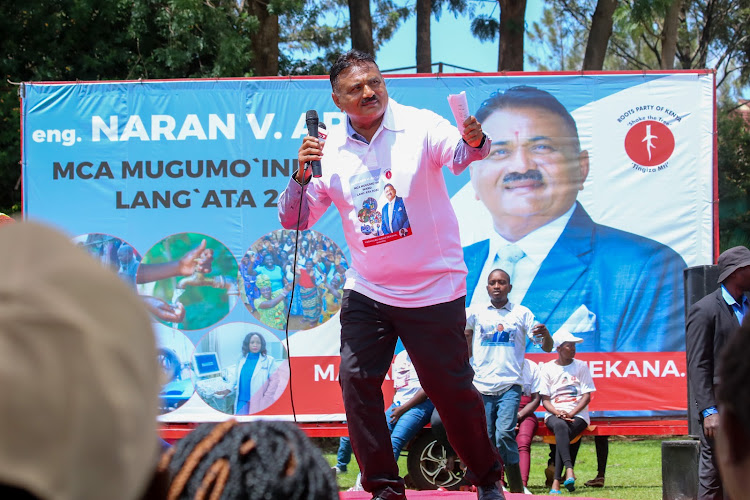 The roots party has promised to legalise Marijuana if elected President.
News - Page 6
2 months ago

Wajackoyah on US tour to seek support

A statement from his team said Wajockoyah will hold talks with business leaders and Kenyans living in the US.
News
3 months ago

He says he will deal with corruption and legalise bhang.
Counties
5 months ago
“WATCH: The latest videos from the Star”
by MAUREEN KINYANJUI News Reporter
Nairobi
01 May 2022 - 22:00