Ngatia said he is the best man to lead the city in reclaiming its lost glory.

• The KNCCI president is expected to launch his candidature later this month. 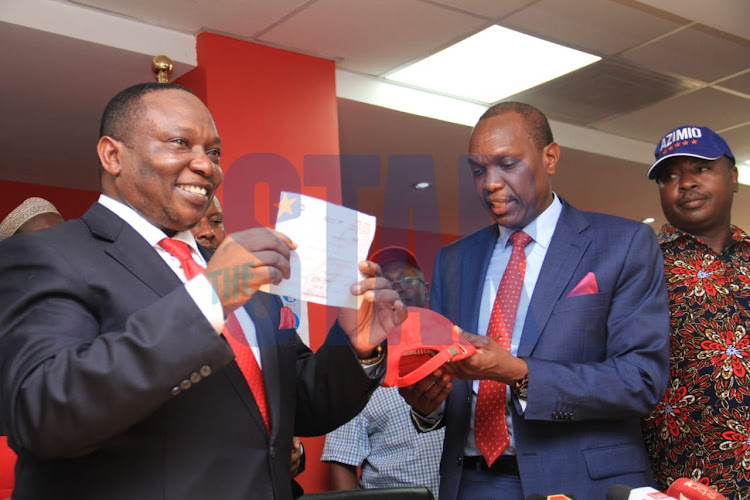 Operations at the Jubilee Party headquarters were brought to a standstill as Nairobi gubernatorial aspirant Richard Ngatia presented his nomination papers on Friday.

As early as 11am, youths and women supporting Ngatia had started chanting songs praising him as he made his way to the headquarters at Pangani.

Kioni said the party was still receiving aspirants of quality as the deadline approaches.

He, however, stated that Jubilee in the coming elections will not gamble with Nairobi's gubernatorial seat.

"I am delighted to receive papers of Ngatia, and we are happy to have him as our candidate...as Jubilee Party we might have gambled with the city in the past, but not this time" Kioni said

Ngatia who is also the Kenya National   Chambers of Commerce and Industry (KNCCI)  president declared he will clean up the city once he is elected as governor. 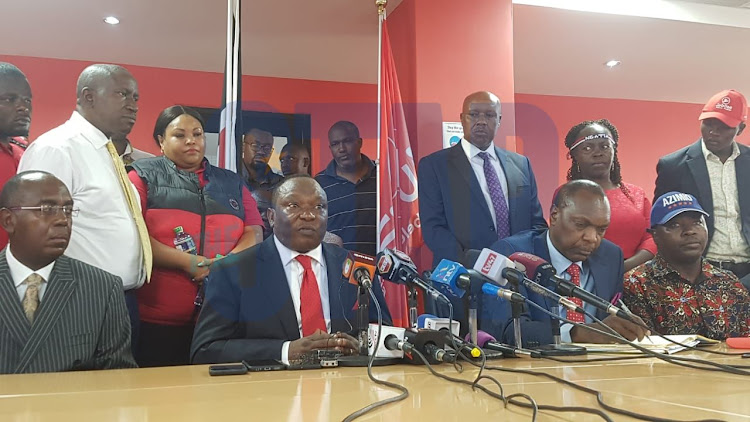 He stated that he is the best-suited candidate to lead the city in reclaiming its lost glory.

The KNCCI boss said he is ready to steer the city into becoming a business and economic hub in the region.

“Nairobi needs a leader that understands business and I believe I am the best person for the job,” Ngatia added.

One of his key agendas is to help Micro and Small Enterprises survive the economic downturn and improve their resilience to enable them to continue to create employment and contribute to the country’s economic resurgence.

Ngatia also proposed that firefighting services will be designated within the market to contain the frequent fires.

He is also promising a lifetime solution to this traffic challenge if elected governor of Nairobi.

The governor aspirant says introducing a tram system in the city is the real deal that the previous administrations have failed to take notice of.

A tram is a rail line operated by electricity-powered tramcars on tramways in public urban streets.

The KNCCI president is expected to launch his candidature later this month.

Trams are designed to travel shorter distances in urban streets, sharing the road with other vehicles.
Counties
2 months ago
WATCH: The latest videos from the Star
by MAUREEN KINYANJUI News Reporter
Nairobi
18 March 2022 - 17:53