Hundreds of residents from Mukuru kwa Njenga were forced to pitch tents following the heavy down pour.

• Many motorists blamed the perennial flooding challenge on poor drainage of the capital while some blamed the construction works of the Expressway. 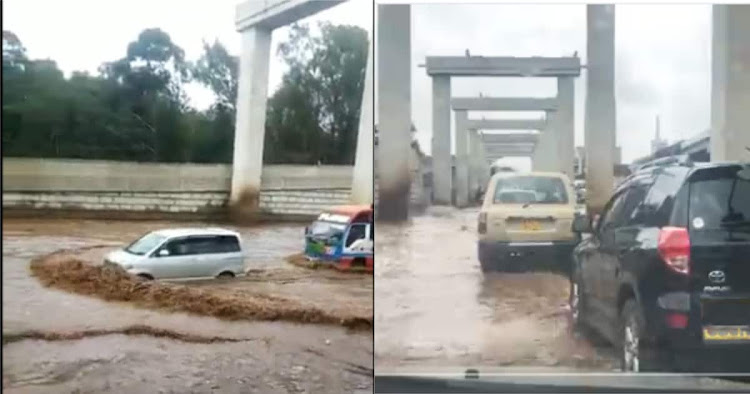 Nairobi residents over the weekend woke up to flooded roads as heavy rains pounded the capital.

The rains that pounded the city over the weekend from Friday left flood-prone areas submerged.

Along Uhuru Highway, from Bunyala roundabout until Haile Selassie was a flooded zone.

This was partly due to the ongoing construction of the Nairobi Expressway.

Many motorists blamed the perennial flooding challenge on poor drainage of the capital while some blamed the construction works of the Expressway.

Following the night rains, most roads in Nairobi were flooded but the most affected areas were Wetlands, South C, Thika Road, Parklands and Kilimani.

Along Waiyaki Way, the heavy downpour led to some electric poles collapsing blocking sections of the highway a few meters before ABC place, with the live power cables posing a great danger. 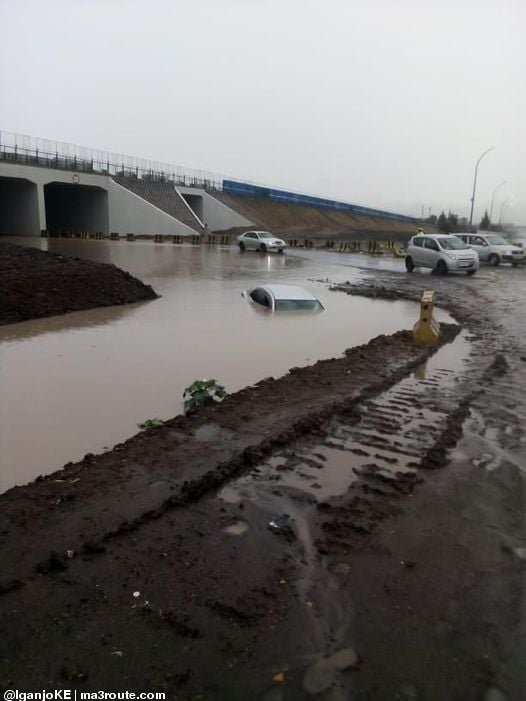 In light of recent floods along Uhuru Highway and Mombasa Road (A8), the Nairobi Expressway project team has dispatched excavators to open up the drainage and dredging in the affected sections,” reads the notice.

Hundreds of residents from Mukuru kwa Njenga were forced to pitch tents following the heavy downpour.

Most of the families had been left homeless following demolitions of their houses that had been erected on the Catherine Ndereba road.

Despite lacking shelter, the families are now living in fear of contracting water-borne disease even as the meteorological department warned of more rain.

Every year, millions are allocated to the Disaster Management Department for either unclogging blocked drainages, dealing with floods a repetition of them is witnessed whenever heavy rains fall.

The heavy rains expose the poor drainage system despite the county having millions to cater for such calamities.

In 2018, the county government led by former Nairobi Governor Mike Sonko together with the Directorate of Urban and Nairobi Metropolitan Development set aside Sh194 million to address the flooding menace in the county and avert similar incidences in future.

Out of this, Sh32 million was to be used to improve the drainage system in the county and put up measures to mitigate the effects of the heavy rains.

The county government is said to have mapped specific flood-prone areas identified over the years in the capital and it had come up with a comprehensive programme to address flash floods.

City Hall and the National Government also announced to embark on the construction of major outfalls and rehabilitation of the existing drainage systems across the city.

As a short-term measure, the county set aside an emergency fund, which would take the bulk of the Sh194 million, to deal with emerging issues arising from the heavy rain.

In 2019-20, Sh371 million had been set aside for Disaster Management but still, disasters hit the county whenever it rained.

In the current financial year, The Nairobi government spent nothing on development between July and September last year.

This is according to the Controller of Budget's County Governments Budget Implementation Review report for the first quarter for the financial year 2020-21.