Most roads are not used for the intended purposes, authority seeks partnerships to end worrying trend 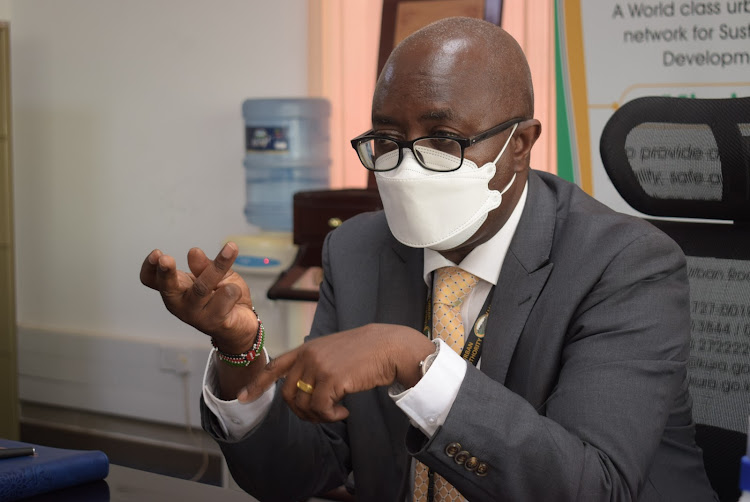 The Kenya Urban Roads Authority is responsible for the management, development, rehabilitation, and maintenance of National Trunk Roads in the urban areas of the Republic of Kenya.

The Authority is working hard to ensure there is seamless connectivity within urban centers.

However, one of the biggest challenges the agency faces is the misuse of roads.

It is a worrying trend as one travels across the country and sees how various roads are misused.

Most roads are not being used for the intended purposes and this has caused accidents and loss of property that could have been avoided.

In most urban areas, Kura has built access roads, alleys and footpaths all of which are not used as was intended.

In some cases, traders have converted some of these sections into places where they sell their wares.

Kiosks are built right on the road.

A good example is in the Eastleigh area where at times, hawkers take over entire streets and block other road users.

Several bus companies, matatus, and tuktuks have converted some sections of the roads into parking yards.

In some cases, you find motor vehicle garages set up on the roads.

Hawkers have also taken up some footbridges.

These challenges make one wonder why the roads were constructed in the first place.

The government is investing billions of cash into roads to ensure ease of movement of goods and services, people and for general safety.

Whenever a road is misused, space used for either non-motorised or motorised traffic is taken up and you will find that motorists lack where to drive, and pedestrians lack where to walk after the footpaths have been taken away or blocked.

To overcome these challenges, the authority is working with stakeholders to prevent people from encroaching on roads.

Normally, we must leave a space of 30 meters on either side of the road, but this is always taken up by irresponsible people.

We occasionally carry out enforcement and at times it leads to loss of property and livelihoods.

This is always after having given out several notices for affected individuals to vacate the spaces, but some do not heed our calls.

As an agency, we do not celebrate when the property is brought down but we have no option but to clear the roads.

It is with this harsh reality that we call on all Kenyans not to encroach on the roads and set up businesses.

Doing so endangers one life and that of other Kenyans too.

Kura has a total of 12 policemen seconded to it to help in enforcement.

However, we do not want to increase this number and turn the agency into a ‘police station'.

Our appeal to the public is that we need to partner and no one should break the law.

We have carried out several sensitisation campaigns but unfortunately, very few Kenyans have heeded our calls.

Some pedestrians do not want to use footbridges and cross the roads at dangerous spots thus endangering their lives and those of other road users.

Others litter footbridges and make them dirty without keeping in mind that there are other road users.

For the case of Nairobi, we partnered with the county government and put up the New Wakulima Market along Kangundo road.

In July 2021, this market was opened, and it helped settle the 943 traders displaced during the dualling of the 13km Outering Road.

At Kura, we are sensitive to the people’s needs and whenever we carry out a new project, we consider the people that will be affected negatively and plan on livelihood restorations.

We have so far partnered with all the county governments, the police, and other stakeholders to enforce the rules.

However, we encourage all Kenyans not to misuse the roads but use them for the intended purposes.

Kenyans should keep the roads safe for the safety of all of us and future generations.