Many building collapses have been blamed on failure to consult experts, follow regulations

• Buildings in the country have been collapsing killing scores.

•Approximately 200 people have lost their lives in the last five years and over 1,000 injured according to the NCA 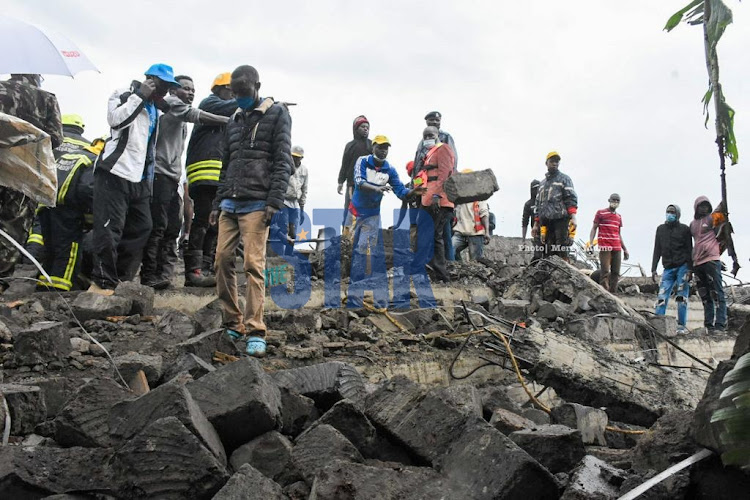 Quantity surveyors have urged developers to work with certified professionals to prevent buildings from collapsing.

In a statement, the Institute of Quantity Surveyors of Kenya said the leaning five-story building in Kinoo in Kiambu and the collapse in Gachie could have been avoided with strict compliance.

They addressed reporters at the Stanley Sarova Hotel.

Professionals are asked to carry out their duties diligently and in a manner that is not negligent, they said.

"Authorities are also urged to continue clamping down on quacks and rogue practitioners. These measures will help mitigate the problems with building failure,” president James Munene said.

Munene said all non-quack practitioners and authorities have a good idea why buildings are collapsing — negligence and noncompliance with building regulations.

“Equally, all of us know what is at stake: human lives, loss of wealth. We need to get our act together,” he said.

IQSK vice president Jennifer Musyimi said the earliest documented collapse in Kenya was in 1990 when a multi-storeyed building in Dagoretti crashed, killing one person and injuring others. 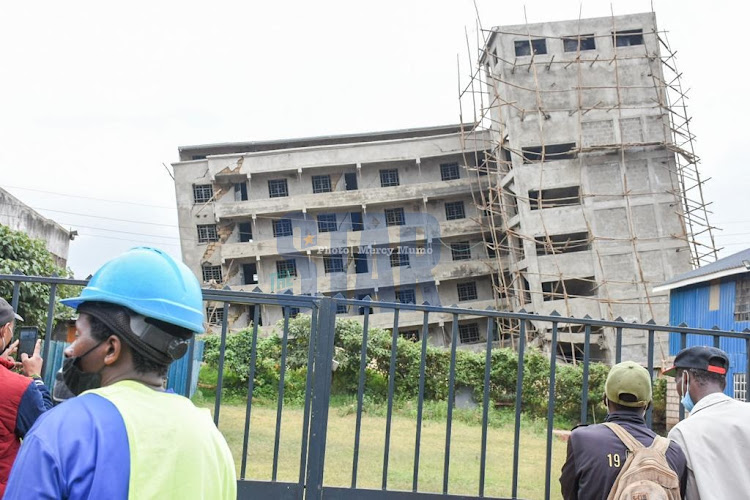 LEANING: Leaning building on September 3; it had to be demolished..
Image: MERCY MUMO

Since then, as a direct consequence of building collapses, more than 200 people have lost their lives and thousands have been injured, Musyimi said.

“The economy is estimated to have lost over Sh2.4 billion  investments,” she said.

The 10,791 very unsafe need to either be reinforced or demolished.

The quantity surveyors said they support the National Construction Authority, the National Building Inspectorate and county governments to audit all buildings to determine whether they are fit for habitation.

On Thursday, the Architectural Association of Kenya also urged the National Construction Authority to strengthen enforcement.

AAK president Wilson Mugambi said some property owners failed to involve professionals while putting up their buildings, which caused a sharp increase in collapses. 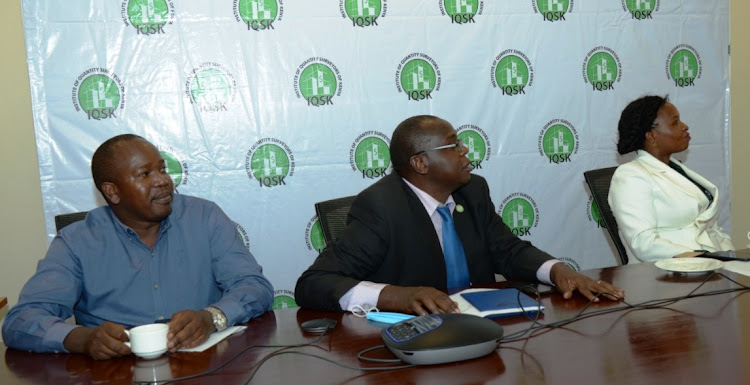 “There is lack of enforcement both from the county and inspection bodies, such as the National Construction Authority,” Mugambi said.

The 2020 NCA report said more than 87 buildings have collapsed in five years. About 200 people have lost their lives and more than 1,000 have been injured, it said.

The building was on Monday demolished following concerns by residents.
News
1 week ago

UPDATE: 3 bodies recovered from rubble of collapsed building in Gachie