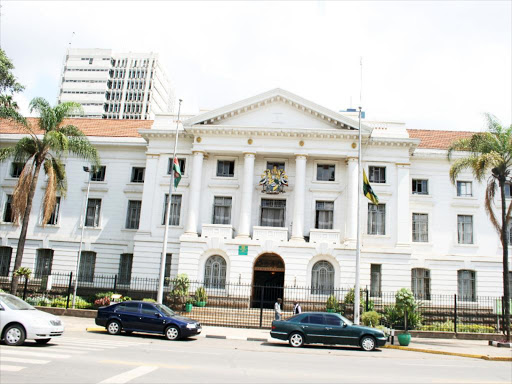 The city has been losing as much as 60 per cent of conditional grants every financial year, due to failure to meet grant conditions and misuse of funds.

Other factors include lack of work plans and diverting grant allocations for other uses.

“Nairobi county, has not received funding like Makueni, Machakos and Kiambu, which have health facilities with over 500-bed capacity,” he said.

Conditional grants from the national government are money for maintaining county roads and reimbursements for services at county and referral hospitals.

Despite the allocations, state imposes very strict restrictions on how such grants are spent by counties.

The money should be spent on specific items in the budget and not diverted for other purposes.

Mbatia said over the years the county has failed to upgrade Mutuini, Pumwani Maternity, Mbagathi and Mama Lucy to referrals hospitals to qualify for the fundings.

“Emphasis has been put on other projects instead of the upgrades,” he said.

“These are conditions that are easy to meet but the county has not been meeting the conditions so the grants have not been forthcoming.

"When they are given the funds they use them to pay other bills. We have seen this happening during Evans Kidero’s time and even Sonko’s,” Mbatia added.

Mama Lucy Hospital is the biggest Level 4 hospital in Nairobi with a bed capacity of 112, offering services to at least 13,220 patients every month.

However, plans are underway by the Nairobi Metropolitan Services to upgrade the hospital to a Level 5 health facility.

The budget chairman also said Nairobi has not been receiving the Road Maintenance Levy Fund due to failure to disclose how previous funds were spent.

City Hall received more than Sh415 million in conditional grants to be used to rehabilitate of roads across the capital city in FY 2018-19.

However, after the county failed to account for it , the fund was slashed to Sh246 million in the next year from the expected Sh745 million.

The county also had an issue with signatories to the account holding the grants.

The funds were locked up in a Special Purpose Account at the Central Bank due to the need for a change of signatories.

“There has also been a problem with the account holders because there are specific people who should be signatories for such accounts,” Mbatia said.

To solve this, the chairman recommended City Hall should provide a work plan and open an account that is solely for the fund with specific signatories.