Nairobi speaker to get Sh35m house from assembly

County has been paying a lease agreement whereby the speaker is entitled to Sh150,000 a month for rent

• The house should be located at designated UN Blue Zones of Spring Valley, Kitisuru, Kileleshwa, Loresho, High Ridge, Lower Kabete and Windsor, among other places. 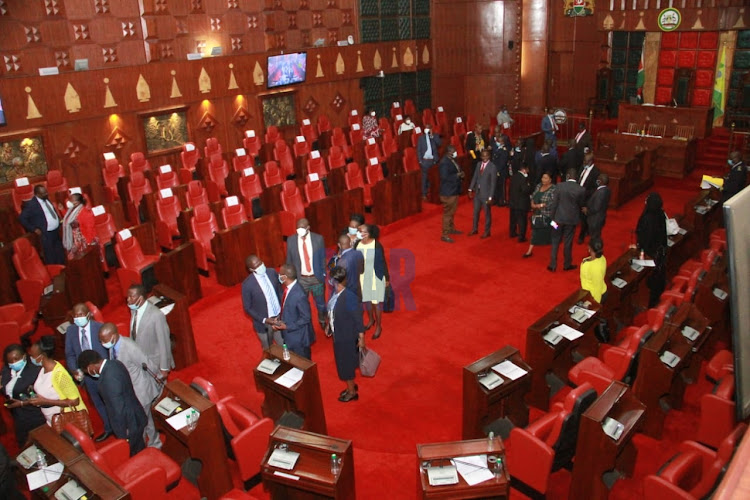 After more than seven years, the Nairobi county assembly is moving closer to buying an official speaker's residence.

The residence should be a newly completed house, according to the Nairobi City County Fiscal Strategy Paper for FY 2021-22.

“The assembly will acquire land and construct an official residence," the document reads.

A speaker is entitled to Sh150,000 per month as a housing benefit for rent, which the assembly has been paying.

The Salaries and Remuneration Commission, however, has ordered counties to buy instead of rent to economise in the long run.

The house must be located at designated UN Blue Zones of Spring Valley, Kitisuru, Kileleshwa, Loresho, High Ridge, Lower Kabete and Windsor, among other places.

It must have adequate parking, a paved driveway, a private gate to the compound and a swimming pool.

The residence should be located on at least half an acre and have a perimeter wall with electric fencing. It should not be adjacent to empty plots.

It should have a seating space of 50 persons, five bedrooms, at least three of them ensuite with balconies and terraces.

During the tenure of the old Nairobi City Council, mayors had been designated a residence in Lavington. It is valued at Sh157 million and stands on 0.8 acres.

In FY 2017-18, the assembly had set aside Sh150 million for a tender to purchase the speaker's residence and advertised for the tender. But wrangles pitting the clerk and then speaker Elachi halted the procurement.

In FY 2018-19, the search had been narrowed down to two houses in Lavington and Gigiri.

The assembly had been under pressure to find the speaker’s residence, with the deadline set by the SRC to expire on June 30, 2019.

Both houses were properties of the Nairobi county government and an inspection was to be done before a decision was to be made between the two.

The one in Lavington was formally the mayor’s house, while the other is one of four houses owned by the county in Gigiri.

A letter had already been written to the executive requesting it to surrender one of the houses to be chosen.

However, it is not known whether inspection was done as neither of the houses was occupied by the then acting speaker Chege Mwaura.