They want to be classified as essential services providers, prioritised for Covid-19 jab

• The Boda Boda Safety Association of Kenya says government should classify riders as essential service providers, prioritising them in the Covid-19 vaccination drive.

• Operators said despite the rush to get people home by curfew, and get more customers, they are observing all traffic rules. 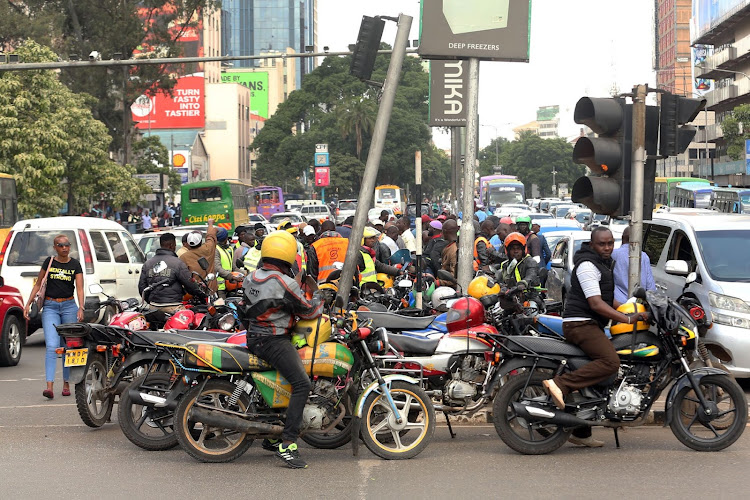 It’s barely 5pm on Wednesday and commuters have flocked to the Central Business District, many trying to board matatus to get home before 8pm curfew.

As usual, there are long lines at Kencom bus stage, along Tom Mboya Street near the Kenya National Archives all the way to Koja, Ronald Ngala Street and Railways.

Boda boda riders, meanwhile, despite being on the police radar, are zipping around, getting passengers.

With the Covid-19 third wave leading to near-paralysis of the public transport sector, boda bodas are filling the void, they're the go-to means of transport everywhere.

There's money to be made during Covid if they're enterprising and work hard. Not exactly a silver lining but not all gloom and doom.

Boda boda owner Fredrick Mutua has parked his vehicle  outside Imenti along Moi Avenue, hoping for a passenger.

He tells the Star since Nairobi went into mini-lockdown and Covid curfew was lowered from 10pm to 8pm, he's forced to make as many trips as possible, actually taking advantage of the curfew.

Mutua says, however, he gets many customers who prefer leaving the CBD fast to avoid traffic.

From around 5pm, I can make up to four trips back and forth depending on the destination," Mutua said.

He charges Sh250 to Sh350 if it's nearby, like Pangani, Parklands, South B, South C, Hurlinghum, Nairobi West.

Due to the traffic snarl-up caused by the construction of the Nairobi Expressway, many commuters prefer boda bodas to beat the curfew and get where they're going fast.

Babra Wanjiru from South B says a boda boda costs herh250 to get home whenever she reaches the CBD during rush hours.

She works in Westlands and leaves the office at 5pm. Since the road is under construction, it can take  an hour to reach the CBD depending on  traffic along Waiyaki Way.

"I cannot waste much more time along Uhuru Highway trying to reach home and I prefer using a boda boda since it's fast,” she said. 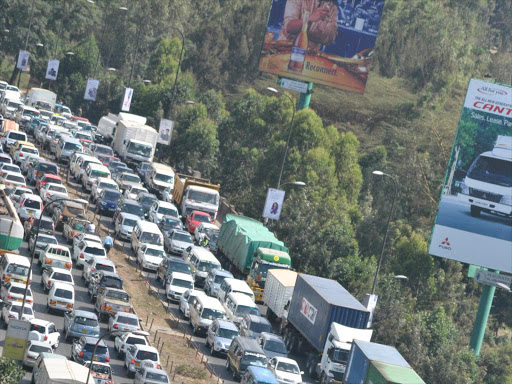 Boda boda operator Castro Owuor said ever since construction started on the Nairobi Expressway, he usually gets at least six customers before midday. They're heading to Westlands and areas around Chiromo.

“The expressway is also a blessing for us because many people going to work appreciate our service to reach their destination on time,” he said.

Depending on the time and which area within Westlands, Owuor charges between Sh250 to Sh400. He says some riders charge more.

Rider Michael Omega based along Ronald Ngala Street, says he operates long distance and he prefers heading to Eastlands.

“Jogoo Road can be messy but not like Mombasa Road. I can charge Sh350 up to 600 depending on which part of Eastlands," he said.

The boda boda operators emphasise that because fuel prices increased, they have to increase their own prices.

On safety measures, the operators said despite the rush to get home and get more customers, they always drive carefully. And take helmets.

They wear their masks and insist passengers wear theirs to limit the spread of Covid-19.

No movement is allowed into or out of the counties for the time being.

Last weekend, the Boda Boda Safety Association of Kenya argued the government should classify operators as essential service providers and prioritise them in the Covid-19 vaccination drive.