Mama Lucy and Mathare-Korogocho get 989; 702 sent to Levels 2 and 3 hospitals

• Of 1,691 health workers, 989 were to report to Mama Lucy and Mathare-Korogocho hospitals on Monday. 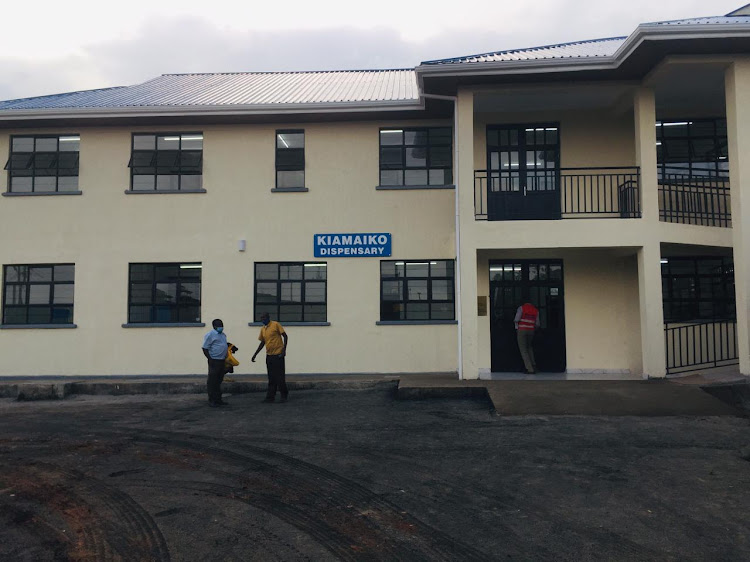 Kiamaiko Dispensary built by the Nairobi Metropolitan Service which was commissioned by President Uhuru Kenyatta on February 12, 2021
Image: MAUREEN KINYANJUI

Of the new workers, 989 were to report to Mama Lucy and Mathare Korogocho hospitals on Monday. Mama Lucy received 388 staffers, while Mathare-Korogoho received 601. It is being refurbished by NMS.

Two other hospitals, Gatina-Kawangware and Gichagi-Kangemi, are complete and will soon be commissioned. Mukuru kwa Reuben, Mukuru kwa Njenga, Riruta-Satelite and Lunga Lunga are almost completed.

NMS was directed by President Uhuru Kenyatta to build 19 new health facilities, each for Sh70 million; another five were to be rehabilitated for Sh300 million. Ten out of the 19 new facilities are Level 2 hospitals, the remaining nine are Level 3.

In October last year, NMS said it would hire more than 1,400 healthcare workers as Nairobi was battling the second wave of  Covid-19. The number hired includes the 1,400.

The 1,400 were to include 619 nursing officers, 116 medical laboratory technicians and 173 clinical officers.

“When we took over from City Hall, we noted a shortage of health workers. Many hospitals relied on locums [temporaries].We had to recruit more," NMS director for health services Josephine Kibaru-Mbae said at the time.

Shortage of medical staff is a major issue in Nairobi.

Before health services were transferred to NMS, City Hall said it only had 3,300 health workers, including cleaners and drivers. However, the actual number was only 2,750.