• The traders had claimed they had not received an eviction notice and termed the action as harassment to the traders.

• The Head of Enforcement at NMS Dr Mark Leleruk said they conducted a site visit on January 19, 2021, after receiving a complaint from Atonga & Company on an illegal and occupation parcel of land LR 209/693 – Ronald Ngala on December 16, 2020.

Business premises at Ronald Ngala within the CBD brought down

A section of traders in the Central Business District is counting losses after their structures were pulled down by the Nairobi Metropolitan Services.

According to Inspectorate Directorate at NMS,  the landowner had legal documents showing ownership of the parcel.

The Head of Enforcement at NMS Dr Mark Leleruk said they conducted a site visit on January 19, 2021, after receiving a complaint from Atonga & Company on an illegal and occupation  parcel of land LR 209/693 – Ronald Ngala on December 16, 2020

It was then established that there existed 20 illegally-placed exhibition tents that have been on the site for the last five months.

“Our function is to enhance enforcement and the landowner wanted the said illegal exhibition tents removed and that is what led to the action taken early this morning. The traders have been there illegally," he said 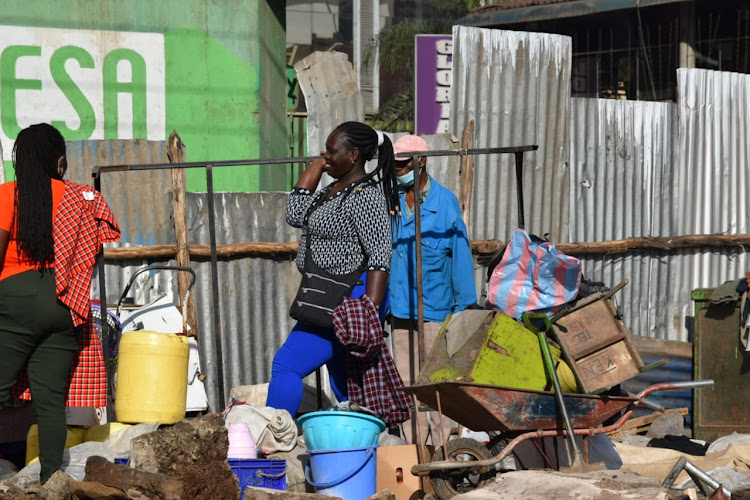 The traders had claimed they had not received an eviction notice and termed the action as harassment to the traders.

“No notice was issued for us to evict this place therefore it is illegal for our structures to be pulled down,” said Andrew, trader.

“In the morning I received a phone call that the tents had been pulled down and the items were taken away to Dagoretti. We have been told to go to Dagoretti to pick our items but not certain if we will recover them all,” said Trace, a trader.

Some of the goods are said to have been taken to the warehouse in Dagoretti and others at the General Stores Yard along Race Course road.

According to the traders, some of the goods left behind were taken away by street children which is a double loss to them.

They have threatened to seek legal actions to get compensation for the goods lost as the tents were being pulled down.

“We hear the Inspectorate Officers are the ones who took out items. If we are not able to recover our lost goods, we shall seek legal assistance to get compensated,” said Trace. 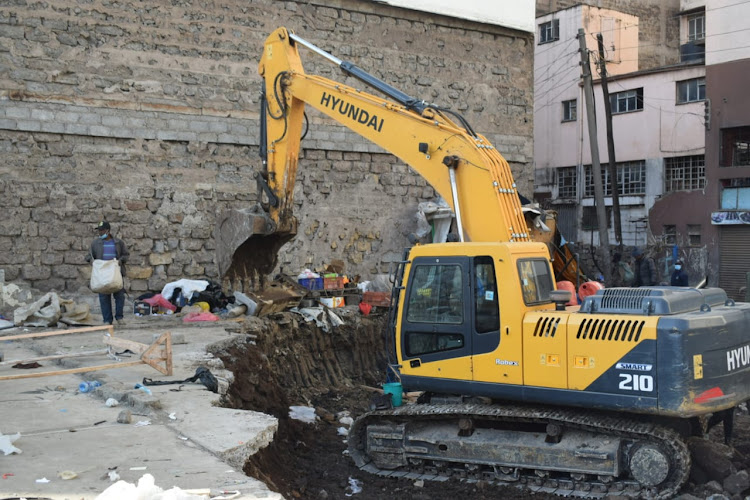 An excavator along Ronal Ngala - Mfangano street where structures were demolished on March 3, 2021
Image: CHARLENE MALWA

On May 7, 2018, traders encountered losses after a Nairobi building at the same place where tents had been pulled today was demolished.

The building housed about 30 stalls stocked with clothes, shoes and beauty products.

The affected traders blamed the county saying officers should have allowed them to remove their property.

The then City Hall Director of Operations Peter Mbaya said Inspectorate Officers had nothing to do with the demolition.

However, Former Central OCPD Robinson Thuku said they were implementing a court order produced by a developer who wants to put up a building at the same spot.

He said the traders had been asked to leave but that they ignored the directive.

Some of the traders confirmed that they had been asked to vacate the building but said they were not given specific timelines. 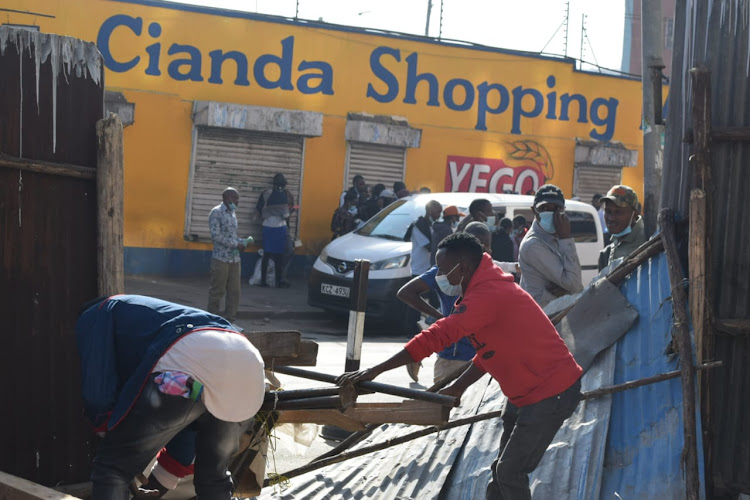 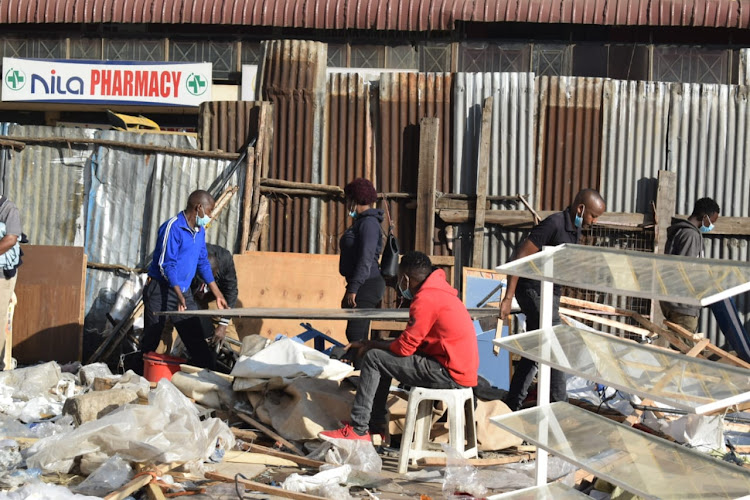