•NMS together with Kenya Urban Roads Authority has already embarked on the construction of 408 kilometres of access roads across different informal settlements in Nairobi. 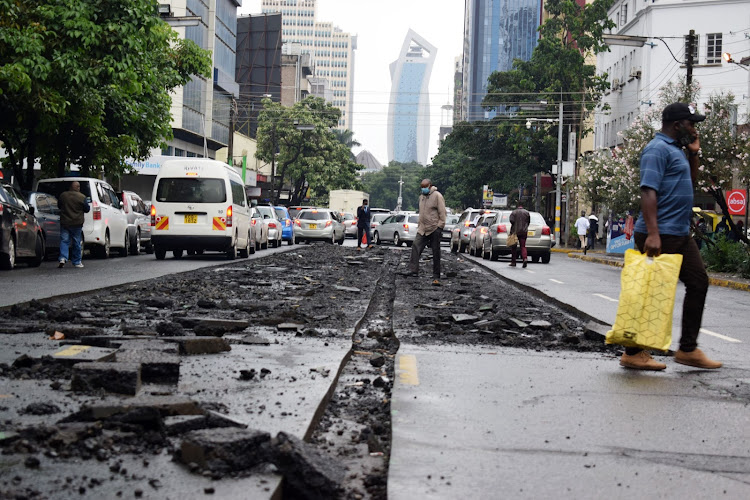 This follows the announcement of the tendering process for the restoration of the roads by NMS which have been categorized into different lots.

Lot 2 include Busia and Kampala Roads while  Lot 3, Gilgil, Bamburi and Changamwe Roads.

Butere, Yarrow, Bunyala and Factory Street under Lot 8 while the last batch will include  Ndume, Nyahera, Runyenje, Lokitaung, Mogadishu roads.

NMS will also undertake non-motorised transport in the area.

NMS together with Kenya Urban Roads Authority has already embarked on the construction of 408 kilometres of access roads across different informal settlements in Nairobi.

Areas to benefit include Kawangware, Riruta, parts of Dagoretti North, Mathare, Kangemi, Mukuru, Kibera, parts of Githurai 44 and 45, Mwiki and Zimmermann, among others with the access roads in the areas upgraded to bitumen standards.

Last year September, the Badi lead team highlighted that it intended to speed up road repairs across the capital following the completion of a new asphalt (bitumen) plant on Kangundo Road.

The plant can produce 2,400 tonnes of bitumen daily with an amount enough to recarpet three kilometres of road.

Nairobi has been relying on asphalt from a plant on Nanyuki Road in the Industrial Area which produces only 150 to 300 tonnes of asphalt a day.

NMS has been involved in re-carpeting and tarmacking of roads in the city centre and surrounding areas.

Kenyatta Avenue, Wabera and Muindi Mbingu Streets have also been transformed into NMT corridors with pedestrian and cycle paths constructed in the three streets.

The development is aimed at providing safe walking and cycling space for Nairobi residents who would want to walk or cycle in and out of Nairobi’s CBD.