She has survived the constant reshuffles that characterised Sonko's tenure.

• On January 9, 2020, Sonko nominated her to deputize him in a letter addressed to former assembly Speaker Beatrice Elachi.

• She was among the original chief officers who were vetted and approved by the assembly in April 2018. 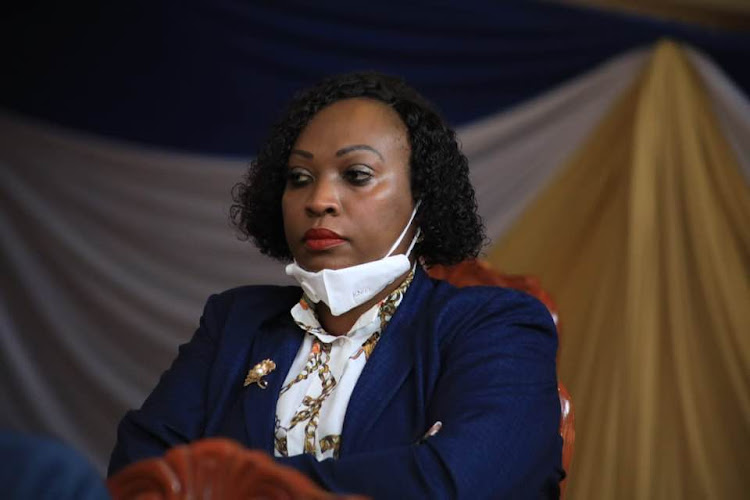 On January 9, 2020, Sonko nominated her to deputize him in a letter addressed to former assembly Speaker Beatrice Elachi saying the decision was in line with article 180(5) of the Constitution and the Supreme Court Advisory of March 9, 2018.

The move came after Polycarp Igathe resigned from the Deputy Governor's position in January 2018.

As a result, many questions had been asked as to what is the position of the law where a Deputy Governor resigns.

Previously, both the Constitution and the County Government Act, No. 17 of 2012, were silent on the effect of the resignation of a Deputy Governor.

However, the lacuna in the law was filled by the Supreme Court's advisory opinion.

Sonko said the move further was motivated by the complexity of the situation in Nairobi to ensure continuity after he was barred from office and being charged with misappropriation of Sh357 million.

"Given the foregoing, and in the interest of ensuring stability at Kenya’s Capital City and largest County by economy and population, I do hereby nominate Anne Kananu Mwenda to the position of Deputy Governor,” Sonko’s letter read.

She was among the original chief officers who were vetted and approved by the assembly in April 2018.

She also survived the constant reshuffles and upon her nomination, she was as the chief officer for water in an acting capacity.

However, upon receiving Sonko’s letter, on January 17, 2020, Elachi sent back the letter to Sonko, saying he followed the wrong procedure to nominate her.

Elachi said the governor had failed to follow the guidelines developed by the Independent Electoral and Boundaries Commission in nominating Anne Mwenda.

“I have sent the name back to him because I did not want to go ahead with the vetting and then be told that we did not follow procedure,” she said.

The guidelines, which were communicated to all Governors through their counsel on June 18, 2018, state that when nominating a deputy, a governor is required to submit a nominee’s name to the commission.

The commission then appoints a returning officer who shall vet the nominee as provided for in the Constitution and the law.

According to the guidelines, the electoral agency considers a deputy governor to occupy a political seat.

The nominee, Chebukati says, must meet the qualifications as stipulated in the Leadership and Integrity chapter of the Constitution.

"... it logically follows that such nominee must satisfy the Constitutional and statutory qualifications attendant to that office as contained in the Constitution and the Elections Act, 2011,” Chebukati said.

After the vetting, the commission shall issue the nominee with a nomination clearance, a copy of which is forwarded to the governor.

The governor will then forward the nominee’s name to the county assembly for vetting, deliberation and possible approval.

If approved, the speaker shall forward the name to the commission in writing with recommendations approving the nominee to the office.

The commission shall then publish the appointment of the deputy governor in the Gazette notice.

“The commission shall also notify the Chief Justice who by law is expected to appoint via the Kenya Gazette the Judge or chief magistrate before whom the deputy governor nominee may take his or her oath of office in accordance with the County Governments Act, 2012,” Chebukati said in the document.

On January 22, 2020, Kananu’s name was tabled in the assembly and committed to the appointment committee.

On the same day, the High Court had declined to issue orders stopping the county assembly from vetting Kananu for the DG’s position.

This was after DPP Noordin Haji had moved to court saying Sonko was in contravention of his bail terms by claiming to appoint a deputy.

Justice Mumbi Ngugi then directed that Sonko and the assembly file their responses in the case ahead of the next mention date.

In the case, one Peter Odhiambo Agoro had said Kananu’s nomination amounted to a direct affront to the orders issued against Sonko. 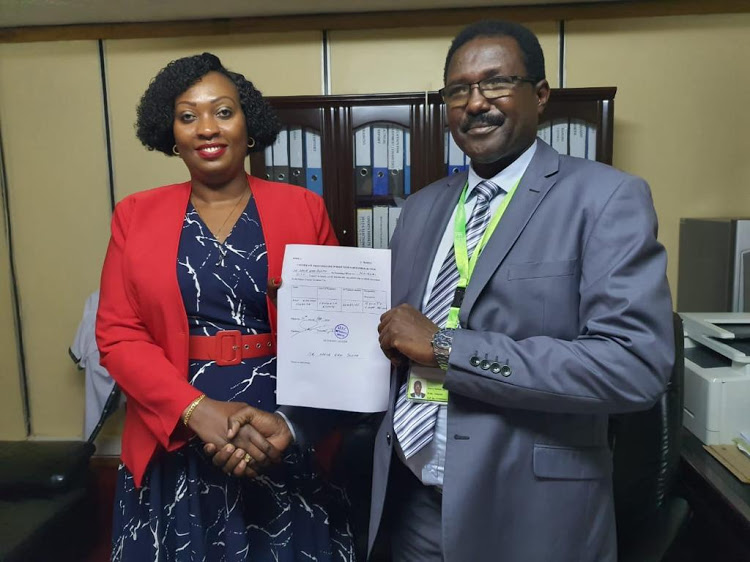 Three days later, IEBC Nairobi County returning Officer Joseph Eroo handed over the clearance certificate to Kananu paving way for her vetting as per the guidelines, paving the way from her vetting.

He also revealed that Acting Registrar of Political Parties Ann Nderitu had confirmed that Kananu was a member of the Jubilee Party and the sequence of clearance was not a worrying issue.

"Ours is to confirm that the nominee belongs to the same party and the Registrar of Political Parties can confirm, which was done that Kananu belongs to Jubilee Party,' Eroo said.

This week on Monday, Agoro filed a notice to withdraw the case challenging the nomination of Kananu.

He had secured orders barring her vetting until the case was heard and determined.

However, on Thursday, an anti-corruption court formally withdrew the petition that had been filed by Agoro.

Impeached Governor Mike Sonko represented by lawyer Harrison Kinyanjui had opposed the withdrawal of the case and subsequently filed a cross-petition.

But Justice Hedwig Ongundi said the alleged petition has not been paid for and it is not before her so she cannot make any directions.

Upon the withdrawal, the Assembly has set a date, next week Friday when Kananu will be vetted by the Appointments Committee.

After vetting, the appointment committee will proceed to report writing and table it before the assembly for the MCAs to either reject or approve.