NMS boss has upgraded roads, hospitals and garbage collection within a year of service

• Despite the short time-frame and budget disputes, it has changed the face of Nairobi 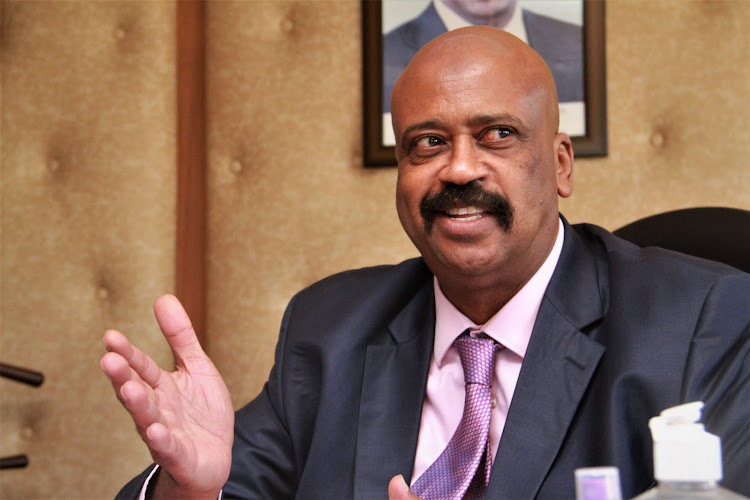 NMS director general Mohammed Badi during an interview with the Star at KICC on Monday
Image: EZEKIEL AMINGA

A uniformed military officer with a moustache and a bald head was unexpectedly picked this year to deliver long-elusive efficient services to Nairobi residents.

Attending an event presided over by President Uhuru Kenyatta at the National Defence College on March 17, Major-General Mohammed Badi did not know he would later be called the same night and given a task to oversee Nairobi’s core county functions.

“When the President personally calls you at night and gives you an assignment, you cannot reject that obligation, not forgetting he is the Commander in Chief,” Badi said.

The next day, a new dawn of its kind was witnessed. Uhuru established the Nairobi Metropolitan Service to save the capital at a time when almost all county services had ground to a halt.

Having served in the military for 39 years, Badi was given the mandate by the Head of State to preside over the NMS in its 24-month tenure as its director-general. He would oversee core county functions: health services, transport, public works, utilities and ancillary services, and planning and development.

This was after a Deed of Transfer between the Nairobi county government and the national government, signed on February 25, handed over the four core functions.

Seated calmly in his office on the 24th floor of KICC, Major-General Badi, in an interview with the Star on Monday, narrated his different type of leadership that has taken many by surprise.

“Believe me when I say my work started immediately after the State House function, on March 18. There is no time to waste when you have been given a directive and timeline by the President. Work has to be delivered,” Badi said.

Distancing himself from the political scheming associated with many leaders, Badi says he is here to work and deliver as per the President’s directives.

“I’m not a politician, mine is just working. I have an agenda to follow and I have timelines to complete certain projects. There is nothing like ‘cannot’ in the military, you have to achieve it,” he says with a smile on his face.

Badi said the only difference between him and Governor Sonko is that he has a tenure of only 24 months to deliver.

“I don’t believe in going the political way, where you promise people a market or school and two-three years down the line, there is nothing, while you postpone certain projects or delay them willingly,” he said.

“For me, whatever projects that I’ve planned have to start within the timeframe and have to end within the time I promised His Excellency I would do. So that is where the difference comes in.” 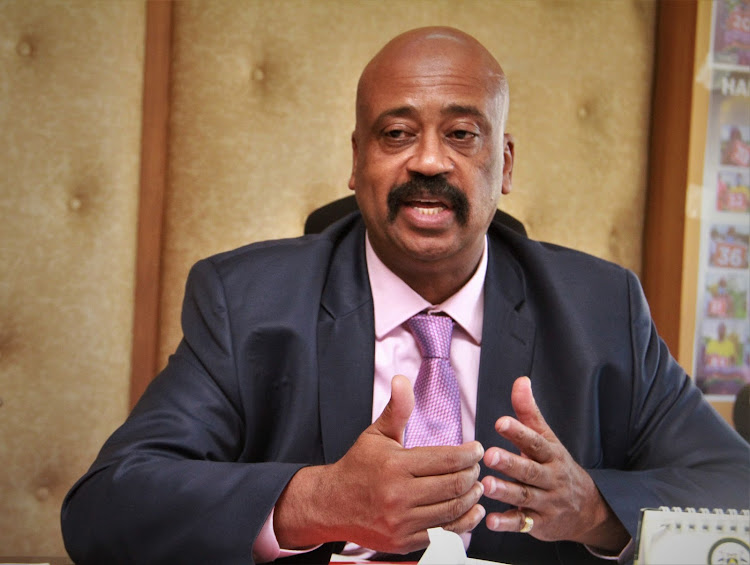 NMS director general Mohammed Badi during an interview with the Star at KICC on Monday
Image: EZEKIEL AMINGA

Badi faced and is still facing opposition from politicians and some residents because of his military background.

Despite the opposition, NMS seems to have won the President’s affection, with the Head of State supporting Badi’s work. Uhuru personally inspects city projects, mentions NMS's achievements in speeches and has invited Badi to State functions and to sit at Cabinet meetings.

"Every day, my schedule ends at around 10 o'clock after inspecting the ongoing projects. There is no breathing as the President expects perfection," Badi said.

To start off NMS projects, the government gave the office Sh3.8 billion to push them through until the financial year ends on June 30.

However, budget allocation turned out to one of Badi’s headaches. The NMS has been caught up in the budget wars that had been witnessed between the county assembly and the executive for the past nine months.

In April, the assembly and executive differed over the County Supplementary Appropriation Bill, 2020, which allocated Sh15 billion to the NMS.

“Because NMS is in the national government, we can borrow from money from various ministries to continue running the projects, knowing we would return that money once these budget issues are solved,” Badi said.

The governor, however, approved the budget two months later, just a week before the year ended on June 30.

“Come June, the governor agreed to sign the budget one week before the government closed its accounts, knowing very well we would not utilise the funds and they would be sent back to Central Bank. But little did he know we had borrowed and would refund with the budget he gave us,” Badi said.

Up to date, the NMS is still caught up in budget disputes, with the governor’s refusal to release Sh37.5 billion allocating them Sh27.3 billion.

Despite the budget problems and sabotage, the NMS has achieved some of the President’s mandate within nine months.

It has worked to transform Mukuru Kwa Njenga, Mathare, Kibra and Korogocho slums so residents can have easy access to roads, health services and water.

Some 93 boreholes have been drilled across Nairobi’s informal settlements, making water accessible to the residents for free.

In partnership with Kenya Railways, NMS launched the Nairobi commuter rail system in November as the first move in the city’s decongestion plans.

The Non–Motorised Transport, inclusive of pedestrian walkways and cycle track, was also started through developing an efficient non-motorised transport facility.

“We are in the process of constructing at least six main matatu termini, with Green Park almost done, in various strategic points just outside the CBD,” Badi said.

The major-general has also overseen the completion of an asphalt plant along Kangundo that provides material for upgrading and recarpeting roads.

The plant produces 2,400 tonnes of asphalt per day, enough to recarpet 3km of roads daily.

“Believe me when I say the hospitals will be opened to the public come the end of January,” he said.

At least 110 illegal dumpsites have been closed in Nairobi since March, with the aim of having a structured garbage collection strategy to make the capital free from uncollected waste.

Between April and July, the NMS had cleared 4,400 Nairobi development project applications that had piled up since August 2019.

“My determination is to see a change in Nairobi within the two years of my tenure. After then, I will go back to the barracks,” he said.