Phase Two covers over 1,000 informal settlements across the country 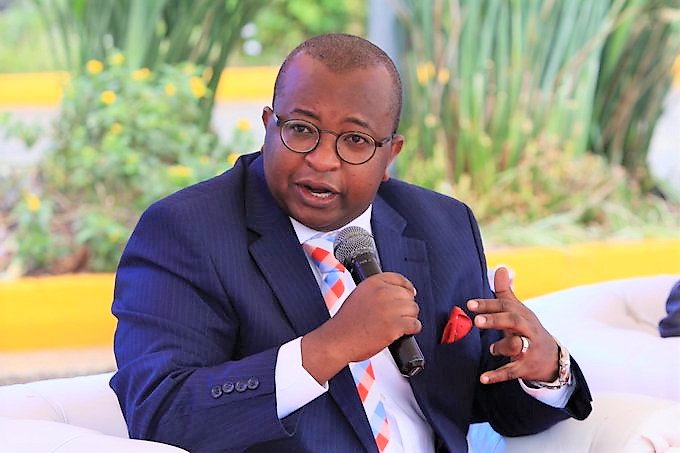 The socio-economic burden of Covid-19 on the youth has been immense, with the impact felt across the country, more so in urban centres.

Many in employment have had to take reduced pay while others have lost jobs. A good number in self-employment have been forced to close business, their  primary means of livelihood.

As earlier mentioned, the youth have borne the brunt of this pandemic, with  jobs lost. Daily or casual work is hard to find for them to buy food, pay rent, and meet other obligations.

There is incredible strain in families across the board with the youth suffering stress arising from today's economic challenges.

This suffering prompted President Uhuru Kenyatta to initiate the National Hygiene Programme, popularly known as Kazi Mtaani, with the twin objective of putting food on the table for the youth who have lost their means livelihood as well as improving health and sanitation in informal settlements.

The first phase of Kazi Mtaani had by May recruited 31,689 youths from eight counties that initially bore the brunt of Covid-19. These counties are Mandera, Kilifi, Kwale, Mombasa, Nairobi, Nakuru, Kiambu and Kisumu.

The programme was funded by the National Government and supported by the World Bank to the tune of Sh740 million.

The main activities in Phase One of the programme included clearing access paths, unclogging drainages, bush clearing, garbage collection and fumigation in the informal settlements. These activities were selected due to their labour-intensive nature and, as such, provided many job opportunities.

Phase Two was rolled out in July to cover over 1,000 informal settlements in the entire country after the success of Phase One.

Recruitment for this phase was conducted at the informal settlements level under the Nyumba Kumi initiative in partnership with other state agencies and  county governments.

Some 283,210 workers were recruited and split into two cohorts, each working 11 days a month.

The workers carry out similar jobs as in Phase One as well as others of  permanent nature expected to impact their communities.

The added job opportunities are pavement of streets using cobblestones, preparation of stabilised soil blocks for the construction of classrooms and public toilets, painting and repair of government facilities, as well as greening of urban centres, planting and growing of trees, and engaging in urban agriculture.

The overall budget for Kazi Mtaani, which is expected to run until the end of the year, is Sh10 billion. Much of this budget will be spent on wages.

To accommodate as many workers as possible and to extend the programme for a longer period, the daily wage was set at Sh455 per day for workers and Sh505 for supervisors.

The government has approached Safaricom to be the paying agent so that workers receive wages directly to their registered M-Pesa phone numbers.

Safaricom has also waived the recovery of Fuliza loans such that the youth do not end up paying their loans with Kazi Mtaani earnings. The participants have a grace period in which to withdraw their earnings.

The initial mode of payment was two way: for the first five days worked and for the last six days worked. This changed after an appeal from youths that they be paid for the 11 days worked in one tranche.

Payments are done in batches - workers are paid five days after they go off-shift. This allows for payment registers to be prepared and due diligence conducted to ensure that those who worked are paid.

I am glad to note that the we are currently registering 96 per cent success rate for payments, an improvement of four per cent over what we achieved in the first cycle of payments.

Our experience has shown that most of the youth not paid provided phone numbers registered with ID numbers different from their own. It is therefore important that the Kazi Mtaani youths submit correct details.

Others whose payments failed were found to have were inactive or frozen phone lines while others were yet to be registered on M-Pesa platform.

I encourage the youths to correct the errors on submitted details. They should provide the correct information to their county implementation teams to facilitate timely bulk payments.