• Gichana had been sworn in as the new clerk to replace Jacob Ngwele.

• Ngwele had moved to court on Monday seeking a conservatory order quashing the appointment of Gichana pending the service, hearing and determination of his petition. 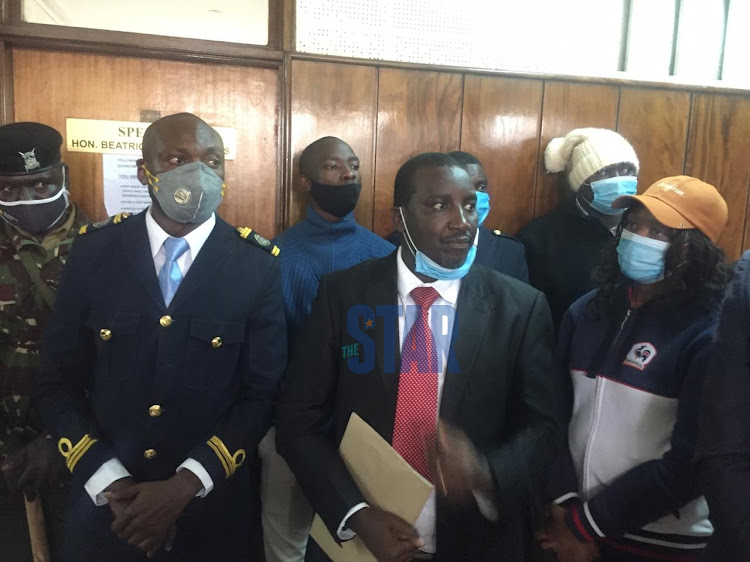 The wrangles at the Nairobi County Assembly further deepened on Tuesday after a Nairobi court suspended the appointment of the new clerk.

The Employment and Labour Relations Court on Tuesday suspended the gazettement of Edward Gichana which was done last week by Speaker Beatrice Elachi.

Gichana had been sworn in as the new clerk to replace Jacob Ngwele.

“It is hereby ordered that the appointment of Edward Gichana as clerk of the Nairobi County Assembly with effect from July 23, 2020 as published by the first respondent in the Kenya Gazette No.5072 of July 24, 2020 is hereby suspended pending inter partes hearing of the application herein,” read in part the order dated July 28, 2020.

Ngwele had moved to court on Monday seeking a conservatory order quashing the appointment of Gichana pending the service, hearing and determination of his petition.

The swearing in of Gichana came a day after Ngwele made a come back to the office after nine months.

However, Speaker Elachi maintained that Ngwele was a visitor and that he was no longer the clerk of the assembly.

He had emerged top out of the 11 applicants shortlisted by the board for the position of the assembly’s clerk after the board announced a vacancy in the office three months ago with advertisement made last month.

However, the choice of the former Nairobi County government Head of Internal Audit as the new clerk has divided the assembly as well as the board with some members opposing his appointment.

The swearing-in ceremony of Gichana last Friday took place under a heavy police presence within the assembly precincts while a group MCAs protested outside.

After the swearing-in, the Speaker said “as a team",  they will discharge their responsibilities.

Despite the Ethics and Anti Corruption Commission and the Central Bank of Kenya advising that Ngwele be reinstated, Elachi dismissed such attempts as illegal.

The approval of Gichana as the new clerk was through a virtual sitting by the assembly, which anti-Elachi MCAs claim was only attended by her allies.

Speaker Elachi swears in Gichana as clerk a day after Jacob Ngwele returned as the substantive clerk.
Counties
9 months ago

Elachi or Ngwele: Who gets the last laugh?

Power battle persists as Ngwele returns to the assembly as the clerk while Speaker insists he's just a visitor.
Counties
9 months ago
by MAUREEN KINYANJUI News Reporter
Nairobi
28 July 2020 - 11:35