• assaris walked away from her seat and off the podium 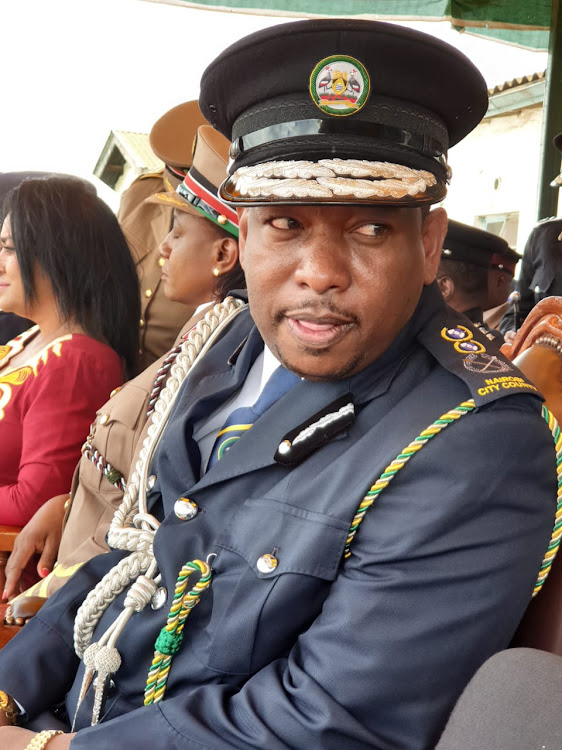 During the celebrations at Pumwani Police Grounds, Sonko lashed out at Passaris for mentioning during her speech that he does not pick her calls.

At this juncture, Passaris walked away from her seat and off the podium as the crowd shouted enda enda (go away) and Sonko responded by saying kwa heri ya kuonana (goodbye).

Many Kenyans on Twitter were, however, not amused by the incident.

@ADELLEO said, "Such uncouth behaviour and comments...more so from a governor!! (and the cheering crowd should also be ashamed!)Yes ma’am no need to sit at a table that doesn’t respect you."

@steveogollaw said, "In terms of moral and ethical reasoning, Gov Sonko is a man fit for recall. His demeaning response to Hon. Esther Passaris' governance is concerning; finding it necessary to relegate her to private personal spaces so as to insult her is a shameful male chauvinism."

"She did right by walking away after the humiliating remarks!" @KingPyegonn said.

"This was very uncouth, uncalled for.. Sonko should not have done that in public what kind of leaders are these??! People disagree and agree but that doesn't mean you air your dirty linen in public,"@BilhaKate has said.

"Sonko should learn good manners and be mature..kujibishana mbele ya raia haimpei umaarufu hata (embarassing yourself in front of the masses does not do any good for you)," @AbugaRatemo said.

@molly_jael said, "We demand an end to bashing of female leaders. Last time it was MigunaMiguna abusing her. Then Rachel Shebesh slapped by Kidero and many other women who have suffered in the hands of male chauvinist in govt. For how long shall we allow the society to bring down a woman!"

"The whole bunch of women at the function should have walked out with Passaris but no... Says lots about Women Solidarity," @ixocelestial said.

"When you elect people like Sonko to be the governor of the city. We have to be prepared to throw sanity out the window. Where is leadership and integrity? Passaris exhibited maturity and decorum by walking away. Kindly respect women you are the governor," @AbdirahmanOti said.

Passaris said Sonko doesn't pick his calls and he retorted saying he isn't her husband.
News
3 years ago

Sonko does not respect me, I'm left out of plans - Passaris

Nairobi woman representative Esther Passaris has accused Governor Mike Sonko of ignoring her. "How many functions have happened in Nairobi without ...
News
4 years ago
Post a comment
WATCH: The latest videos from the Star
by MAUREEN KINYANJUI News Reporter
Nairobi
02 June 2019 - 10:33
Read The E-Paper