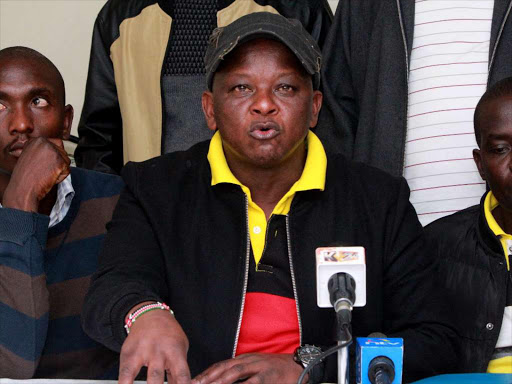 Fasten your seatbelts. Matatu operators warn that the city will be chaotic starting from today if Nairobi insists on banning PSVs from the Central Business District.

The operators have pledged to continue accessing the CBD, despite the ban that takes effect today.

They said the suggested termini proposed by City Hall are too small to serve as drop-off and pick up points for matatus in the city.

The Association of Drivers and Conductors yesterday held a press conference in which they supported an earlier decision by matatu owners opposing the ban.

“We are going to do what our employees tell us. We can’t and won’t go to the proposed termini because those facilities are not to our standards,” the association’s secretary general Morris Odour said.

He said the termini suggested by City Hall cannot hold all the matatus that ply Nairobi routes.

“Apart from drivers and conductors, we have our own stage managers employed by saccos and all of us cannot fit in the termini. Jogoo Road alone has at least 10,000 matatus. How will they fit in the Muthurwa terminus?” Oduor asked.

“The county has not notified us whether they have instructed the police to provide security at the stages. We cannot put the life of our members as well as passengers in danger,” Odour said.

Association chairman Clement Njuguna urged City Hall to suspend the ban to provide time for consultation with various stakeholders. Otherwise, they will use legal ways to make sure that their grievances are addressed, he said.

Their legal adviser Evans Ondieki said the county never conducted public participation before the ban, as required in the Constitution.

He asked the county to submit the minutes showing that they invited matatu stakeholders and the public and engaged them in a discussion about the directive.

Ondieki said Nairobi governor Mike Sonko’s administration appeared to be fighting the small traders, including matatu operators and hawkers, yet they are the core of county business.

The association also said the public has not received any education awareness about where and which routes they will use during the ban.

It said City Hall should inform the public through posters and billboards so they know ab out movement in the city.

On Saturday, the Association of Matatu Operators chairman Jimal Ibrahim and his Matatu Welfare Association counterpart Dickson Mbugua said that today will be business as usual. They said they will will defy the ban. Jimal said operators will continue to clash with the county until their grievances are heard. Mbugua said City Hall failed to consult them.

However, the county has said the new order will be enforced.

Roads chief officer Fredrick Karanja told the Star that the county is trying to decongest the CBD by not allowing double parking.

He said that during this time, the matatus congest the city and end up causing unnecessary traffic jams.

Nairobi Transport executive Mohamed Dagane said that all the infrastructure is ready with the termini that had been designated ready for the start of the process.

He said the termini with 505 parking slots will act as pick-up and dropping points for passengers and not holding grounds for matatus.

The Transport executive said the directive will be implemented with the national government through the Ministry of Interior under the Nairobi Regeneration Committee.

“We always come up with the policy and this is one of them. It will to be enforced by the Interior ministry through the police and also through our traffic marshals. We will position officers in various entry points who will be directing the matatus and not allow them to come into the city centre,” he said.