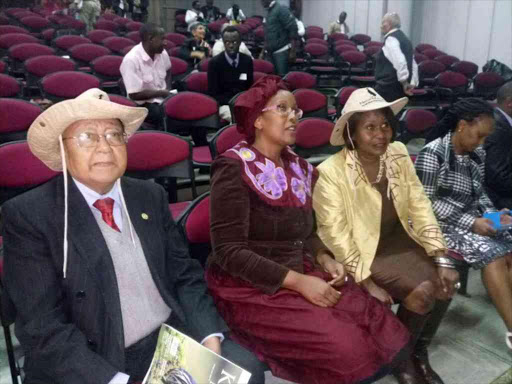 They also want a fence erected to protect the 60-hectare park.

The conservationists said they do not trust City Hall with the management of the 80-year-old park, noting that it has been degraded and part of it grabbed under the county's watch.

They also want the park's title deed, currently held in the name of the county, be held in trust by the board to prevent further grabbing and allocation of the land to private entities.

These were some of the resolutions made yesterday at a stakeholders' forum in a bid to conserve and protect the park.

The forum held at the National Museums of Kenya in Nairobi was called by Friends of City Park in partnership with the NMK, Nairobi county, NGOs and environmentalists.

Friends of City Park chairperson Catherine Ngarachu said the park has been degraded over years due to human activities and is under threat of grabbing.

"There are three reasons why we don't see better use of City Park. People perceive it as unsafe, unkempt and under constant shadow of encroachment and private development," she said.

Ngarachu said 30 hectares of the park land under have been grabbed since 1923 when it was declared a public utility. The National Land Commission has revoked title deeds for 14 parcels irregularly hived off from the park since 2013.

NMK sites and monuments director Purity Kiura said the agency has been under pressure from people, especially politicians, who want to grab protected public spaces.

"In Nairobi alone we have gazetted 330 sites but we are facing a serious challenge in dealing with those who want these spaces for private developments," she said.

Speaking at the event, Environment CS Judy Wakhungu said the ministry is committed to conserving and protecting the park, noting that land grabbing is the biggest challenge.

Businessman Manu Chandaria said, greed and the 'I don't care attitude' among Kenyans is threatening the park and other public spaces.

“We don't care about the environment anymore... We are not looking after our mother nature. This is sad," he said.

The nature park for rest and recreation has more than 1,000 tree and animal species. It has historical features among them the Commonwealth cemeteries and fish ponds.

Post a comment
WATCH: The latest videos from the Star
by JULIUS OTIENO @juliusotieno04
Nairobi
09 September 2016 - 05:00
Read The E-Paper