Crops have failed, water sources have dried up and livestock are dying in the thousands

•Eleven counties under Asal are in the drought alarm phase. 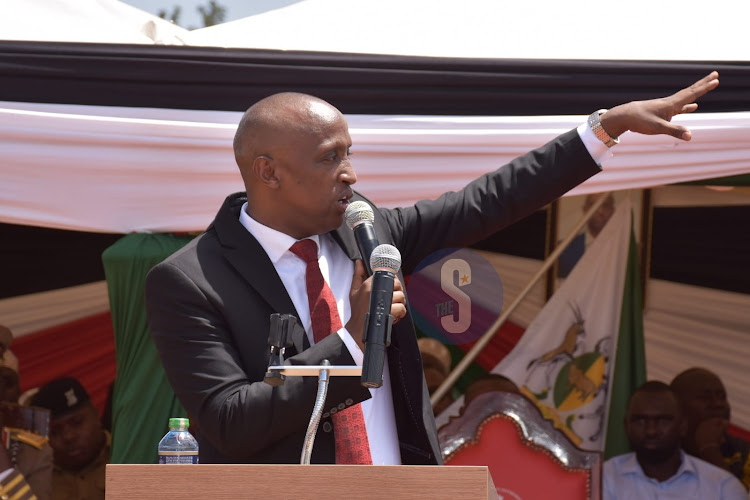 Most Isiolo residents are going hungry and are in desperate need of food aid, with Governor Abdi Hassan Guyo appealing to the national government and donors for support as drought worsens.

Speaking on Monday, Guyo said his administration was already offering relief food to starving residents, but those resources have been overstretched.

“Despite our efforts, we are overstretched. More people are in desperate need of food and water, herders require fodder support, and their children require feeding programme to stay in school. These needs are urgent, massive and diverse for the county government to address,” he said.

Last year in October, the National Drought Management Authority said at least 30,000 people were in desperate need of food aid.

As a result, the governor put on hold all development projects for his administration to focus on drought relief.

Guyo said it was critical to prioritise human life and no sensible administration would continue to implement development projects when some residents face death due to hunger.

On Monday, Guyo said the severe drought that Isiolo and the larger Northern Kenya are experiencing is the worst in 60 years.

He said the effects of drought in Asal areas have been devastating and taken a massive toll on residents.

Eleven counties under Asal are in the drought alarm phase.

Crops have failed, water sources have dried up and livestock are dying in the thousands, threatening a crucial source of livelihood for the majority of Isiolo residents.

“Our cows and goats are dying as herders watch helplessly. Mothers are trekking many kilometres in search of drinking water, children dropping out of school due to hunger and an increase of drought has fuelled insecurity as people fight over scarce pasture and water,” Guyo said.

In an attempt to help the residents, the Isiolo administration has taken immediate and deliberate action to address this crisis.

County’s emergency response teams have been activated and given assistance to those in need by providing food across all hard-hit areas as a temporary measure of reprieve.

“We have also been working to increase access to water for both human consumption and livestock through sinking of boreholes, water pans and water trucking from other sources, and spending massive financial resources towards mitigating the situation," Guyo said.

The Isiolo county assembly held a special sitting to discuss the drought situation and the governor’s statement.

Speaker Mohamed Roba Qoto said the situation was worsening, with some residents together with cattle relocating to Tana River.

“People have moved from Isiolo to the nearby county. MCAs have also gone to the Tana River to talk with MCAs so that they can accept them,” he said.

Qoto said security is threatened as Kinna, the only place which had pasture, had been invaded by cattle from as far as Moyale.

“We appeal to the national government to assist the people of Isiolo. We need dire support as students are almost resuming schools. No parent will send their children to school on an empty stomach,” he said. 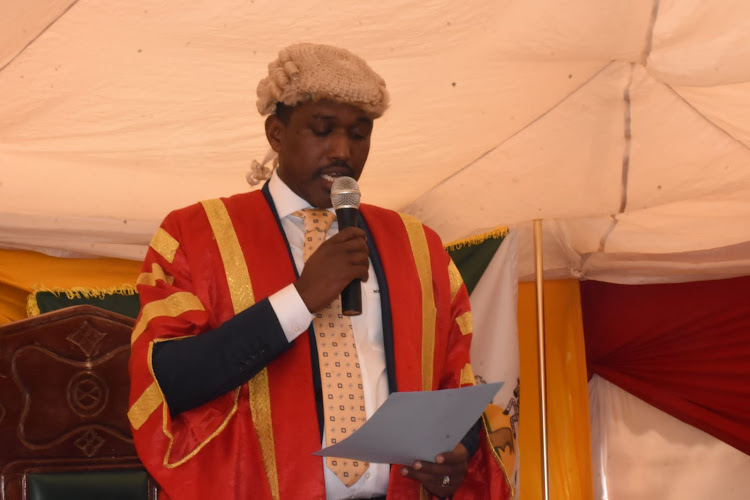 “As the governor of Isiolo county, I'm committed to working with all partners to address this crisis and mitigate the suffering of our people. But we cannot do it alone. We need support to provide emergency food assistance, water, and other basic needs to those who are most affected by the drought,” he said.

“Drought issue is not unique to Isiolo in the wake of failing rains across the country and that resources are limited. However, I strongly believe that the additional support towards Isiolo county is urgently needed and will make a difference in the lives of those affected,” Guyo said.

The governor is also appealing for support in long-term solutions to improve resilience during future droughts.

He said this can be achieved through developing water harvesting and storage infrastructure and supporting sustainable agricultural practices that can help farmers adapt to changing weather patterns.

“I assure you that your support will be put to good use to address the needs of the affected communities. Together, we can make a real difference in the lives of those that are suffering due to this drought,” Guyo said.

Isiolo to use hi-tech to drill boreholes, says Governor Guyo