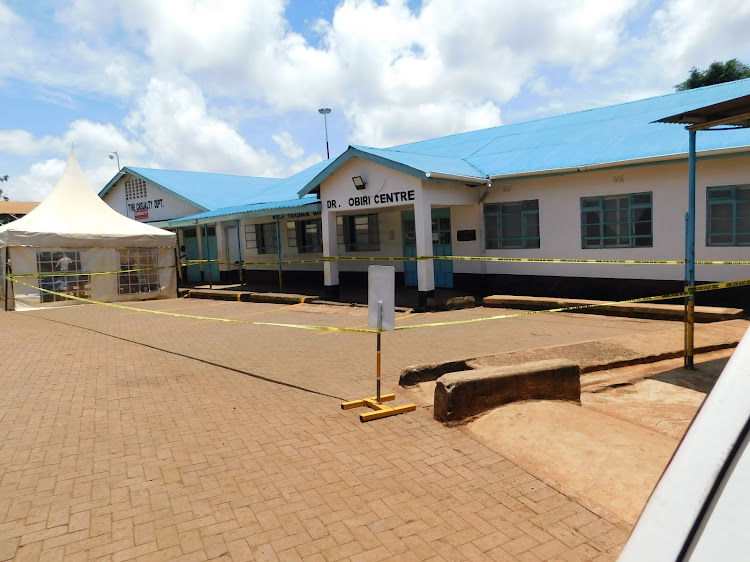 Meru Deputy Governor Isaac Mutuma M'Ethinkia has appealed to Meru residents to exercise hygiene, to curb the spread of cholera.

Speaking at the county offices, Mutuma who doubles as health executive, said cholera cases have risen from two to 14 in a span of one week.

Nine of the 14 cases reported were confirmed at Githongo hospital in Central Imenti while the rest come from North Imenti, the county’s headquarters.

Meru public health officers have been on high alert urging hawkers to suspend food hawking until the disease is contained.

All public health officers have been directed to carry out food hawking crackdown as under the public health Act cap 242 and food and chemical substances Act cap 254 laws of Kenya.

“Meru county is experiencing a wave of cholera outbreak, in which there has been 14 suspected cases. Eleven people were admitted at various hospitals, while five cases were confirmed positive at the laboratory," he said.

Mukundi said the disease is communicable and spreads through consumption of contaminated food and water.

The medic appealed to anyone experiencing a sudden onset of diarrhoea, vomiting and dehydration to visit the nearest health facility immediately.

He advised the general public to take prevention and control measures.

This, he said, include proper use of clean toilets, hand washing with soap and running water, proper cooking of foods, thorough cleaning of fruits and vegetables as well as consumption of safe water.

Mukundi directed that cooking of food on the roadsides should stop to curb the spread.

“Food hawking is not allowed under the public health Act cup 242 and food drugs and chemical substances Act cap 254 laws of Kenya,” he said.

Some patients have been treated and discharged while others are still hospitalised.

The most affected age groups are between 21-30 years. Males are disproportionately affected.
News
2 months ago

He said the deceased had been remanded at Machakos G.K Prison
News
2 months ago
Post a comment
WATCH: The latest videos from the Star
by GERALD MUTETHIA Correspondent, Meru
Eastern
10 November 2022 - 11:31
Read The E-Paper