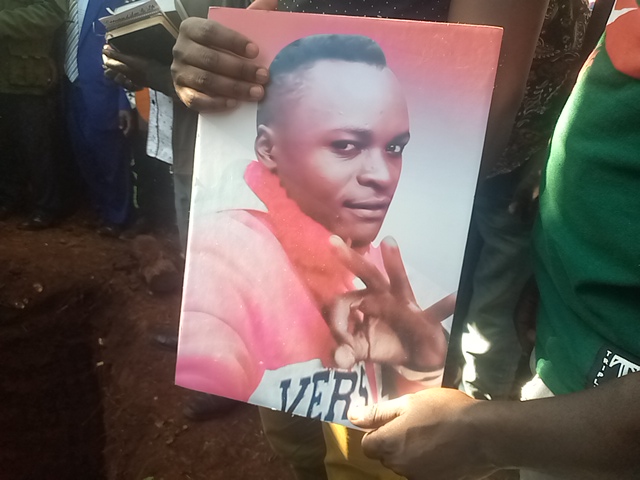 GRIEVING: A relative displaying the photo of Edwin Kariuki during his burial ceremony at Kigumo in Embu County on Monday, November 7.
Image: ENJAMIN NYAGAH

The family of a tuk-tuk driver killed in a road crash at Kamakis a week ago is crying for justice.

Edwin Kariuki, 28, was involved in a grisly road accident in Kamakis along the eastern bypass after a private car ran over his tuk-tuk.

Kariuki was laid to rest at their home in Kigumo, Embu on Monday.

His family is now calling for justice saying his two children and wife depended on his tuk-tuk business.

The deceased's cousin, Lawrence Njue, said the family awaits the court to rule in their favour. 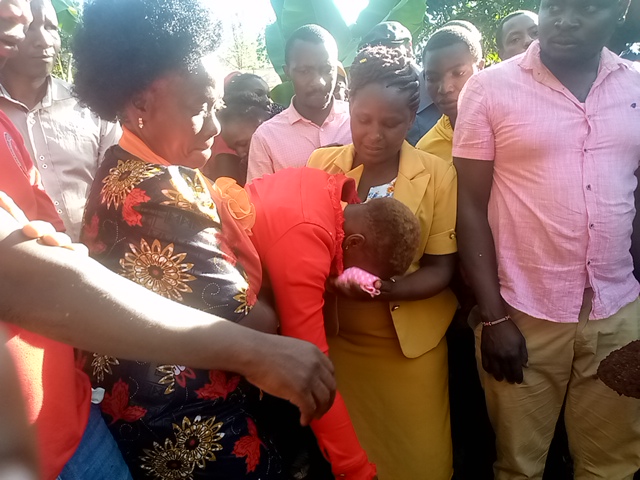 "We now await for the verdict on Kariuki death as he was the breadwinner," he said.

He urged the authorities to conduct thorough investigations to ensure the family is served the deserved justice.

Kariuki lost his life in an accident allegedly caused by a drunk driver at the Eastern bypass on October 30. The accident left more than six people dead.

Witnesses said the driver of the car was speeding at the time of the accident before he lost control and rammed into the tuk-tuk.

They said the impact pushed the tuk-tuk into another public service vehicle that was also ahead of them.

The tuk-tuk crashed into the matatu’s rear side injuring passengers.

The speeding car rolled a few meters ahead and overturned before the driver walked out with slight injuries.

The driver has since been identified as Cosmas Mutembei and was driving a Toyota Prado on October 30, near Kamakis Eastern Bypass.

He will remain in custody following a successful application by the police seeking more days to investigate the incident.

Keagan was stabbed by thugs on a boda boda as he walked home.
InPictures
2 months ago

They want DCI to investigate and arrest those involved.
News
3 months ago
Post a comment
WATCH: The latest videos from the Star
by BENJAMIN NYAGAH
Eastern
08 November 2022 - 12:13
Read The E-Paper