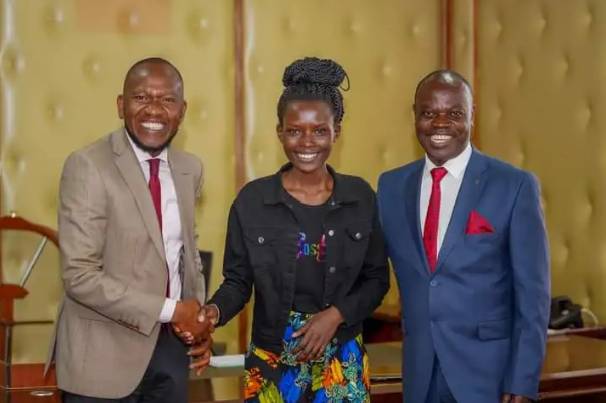 Meru University of Science and Technology has come up with cost-effective and climate-friendly methods of construction binders, the alternative clay-based concrete technology.

This comes even as experts associate the worsening drought situation in the country with climate change and carbon emissions.

The new clay concrete technology will cut the costs of building houses by 40 per cent and curb carbon dioxide emissions.

“Climate change is real. We must rise and see the opportunity and how we can come up with a solution. Meru experiences short rains from October 15, but there is no rain yet,” he said.

Dr Joseph Mwiti, a researcher at Meru University who has been behind the innovation said, clay binding technology is going to revolutionise the construction industry by reducing the costs of cement which is a key component in decent housing.

“We have plenty of clay in Meru, Wajir and Mandera and are leveraging on plenty of clay for clay binder banded cement thus seeking industrial partners on production to achieve affordable housing,” Mwiti said.

“It meets the East African standards for construction as a cement binder. We will have more engagement with policymakers.”

Mwiti said cement accounts for 50 per cent costs of building decent houses saying the new alternative clay-based cement will reduce the cost of cement by 40 per cent.

“This is good news for the government. For every ton of clinker produced, an equivalent amount of carbon dioxide is emitted,” Mwiti said.

The university innovators unveiled the technology during a global workshop.

Odhiambo said the development of alternative binders for concrete other than cement, will serve a big role in mitigating the negative effects of carbon dioxide emissions.

He said the four-year-old research is the start of a journey of attaining zero carbon emission and resilient affordable housing towards sustainable housing.

“This a real clarion call for the President. This huge deficit can be achieved through innovation and developing alternative cost-effective and affordable construction materials,” he said.

Luka Valentini from the University of Padova said the project funded by the European Union has hosted students for six months in Italy for knowledge transfer on the project.

Odhiambo said every year government invests over 1.6 billion dollars in its physical infrastructural facilities compared to 4.3 dollars for optimal operations.

“We have recently experienced an unprecedented moment over the past few years where every centre of the country’s economy has been affected by several impediments which have been beyond our control,” he said.

“We are all talking about climate change, circular research, and sustainability as a global theme running across the world.”

A mortality audit to assess effects of the drought on parks and reserves is underway.
News
3 months ago
Post a comment
WATCH: The latest videos from the Star
by GERALD MUTETHIA Correspondent, Meru
Eastern
30 October 2022 - 22:00
Read The E-Paper