•According to a press release, the move will allow the recently formed task force to conduct a forensic audit on the departments. 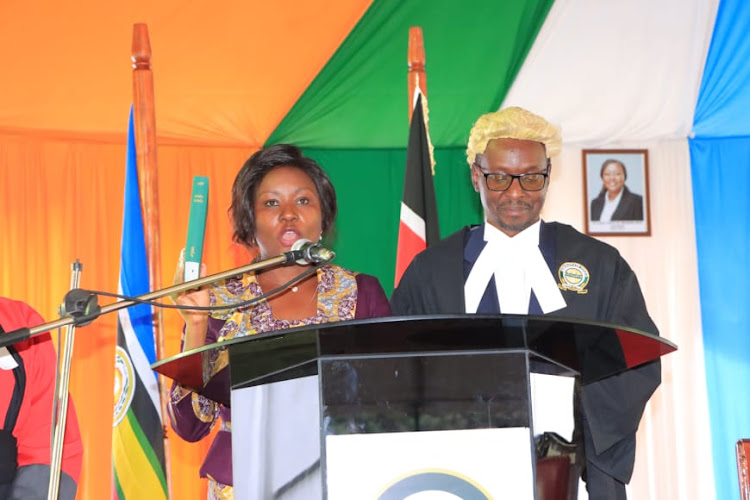 In a press statement released on Wednesday evening, Mbarire said she is determined to deliver her 100-day promise to the residents and the move is among the steps she has taken to accomplish her mission.

According to the statement, the move will allow the recently formed task force by Mbarire to conduct the forensic audit on the Ecra department.

A few hours before, the governor shared a list of reshuffled members of the executive in a move to improve service delivery.

Suleiman Nthiga was moved to Agriculture, Livestock and Cooperative Development from Finance and Economic Planning and replaced by Mercy Munene.

John Mukundi was moved from Health to a Public Service chief officer and was replaced by former Environment executive Nicholas Kunga.

Damiano Muthee was deployed as Finance and Economic Planning chief officer from his previously held office of Agriculture and Cooperatives in the same capacity.

"In order to enhance service delivery and smooth operations in Embu county, reshuffle of the senior county officers will take immediate effect," the document reads.

During her inauguration to office, Mbarire said the county suffers from close to Sh2.2 billion pending bills, and promised to conduct a forensic audit to determine its legality.

Governor Mbarire pays Sh35.8 million of pending bill and commits to clear the remaining balance in due course
Counties
2 months ago

She said her priority is to enhance timely and quality service delivery.
News
3 months ago