• Musila said since charity begins at home, he expects a home bloc vote on Tuesday. 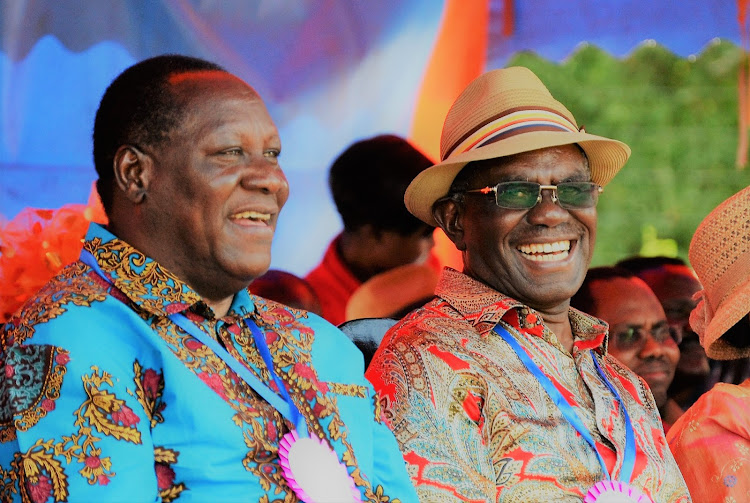 Kitui governor candidates Julius Malombe and David Musila concluded their campaigns with a clarion call for voters to come out in numbers on Tuesday.

The political nemesis said it is the electorates constitutional right to make the decision on how their county will be run in the next five years.

The leaders spoke separately as the curtain came down on the campaigns on Saturday as directed by IEBC.

Musila said since charity begins at home, he expects a home bloc vote on Tuesday.

He spoke while on a campaign trail at his home turf in Mwingi West.

Malombe also underscored the importance of all eligible voters in Kitui to cast their ballot.

“Opinion polls have shown that I am the favourite of the people. Yes, I may be popular but unless you go to the polling centres and vote for me, I am not yet a winner,” he said.

Malombe who is running on a Wiper ticket spoke to the press after addressing teachers who had called on him at his Ithiani village home in Kitui Central.

He said it would be a grievous mistake for any eligible voter to miss out on the voting exercise as they will have to wait until the lapse of another five years.

He urged Kitui residents to rise up extremely early on Tuesday and ensure that at the very latest by 11am, they will all have voted.

Malombe said IEBC has assured Kenyans that no one will be stopped from voting as identification will be both manual and electronic.

Says he has equally paired himself with an incorruptible running mate.
Counties
3 months ago

Kalonzo and Ngilu differ on choice of governor hopeful in Kitui