Say donkeys have been neglected and suffer diverse welfare issues

• Mwendwa said they are doing follow up on bush slaughtering, skinning and bestiality and will have those mistreating and abusing them, prosecuted.

• "Others even load luggage on their injured backs and force them to push overloaded and heavy carts, while others assault them by beating them harshly," he said. 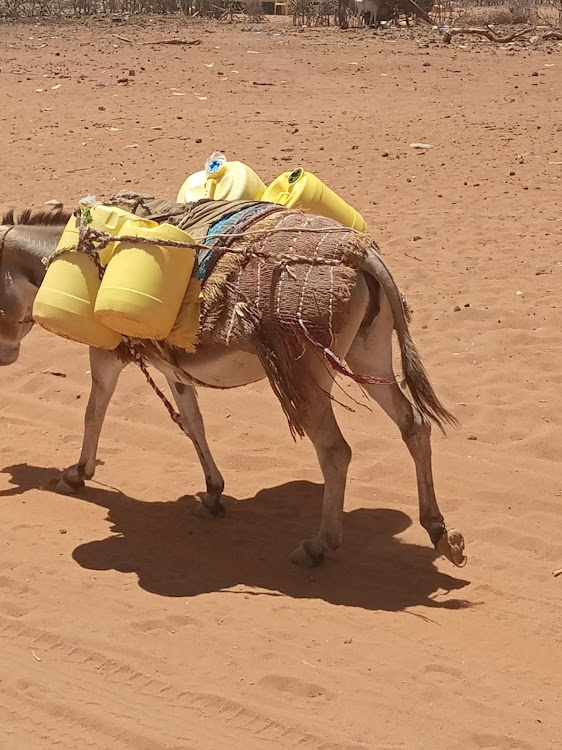 Caritas has expressed concern over mistreatment and abuse of donkeys by their owners in the country.

The NGO, which operates in Kitui county decried numerous reports recorded at its offices on livestock crimes committed particularly on donkeys, either by their owners or other members in community.

The officer in charge of donkeys’ protection programme at Caritas Martin Mwendwa said data shows there are 163,000 donkeys in Kitui, which form a critical resource in community development.

Also, in transportation of water for domestic and commercial use, construction and dowry exchange.

"Despite this immense support on livelihoods, donkeys have been neglected and suffer diverse welfare issues.

"They are being overworked throughout the day without food and owners fail to care and protect them," he said.

The official said numerous cases involving the abuse of donkeys, poor husbandry practices and slaughtering for their meat has created a volatile environment for donkey care and survival across the country.

"Others even load luggage on their injured backs and force them to push overloaded and heavy carts, while others assault them by beating them harshly.

"There are also many illegal bush-slaughters, while others are skinned alive. What brutality is done to such an important domestic animal, with blood and flesh, is so painful," he said.

Mwendwa said they are doing follow up on bush slaughtering, skinning and bestiality and will have those mistreating and abusing them, prosecuted.

"As Caritas we advocate for closure of donkey abattoirs and trade of their products, including the one recently opened at Kithyoko trading centre in Machakos county. This is to ensure that no more donkeys are slaughtered in our county," he said.

The official said they have also launched campaigns aimed at educating members of the public, to understand that donkeys are domestic animals just like cows and goats and should be treated fairly.

"This includes feeding them well, taking care of their health by according them medical attention as well as avoiding overworking them," he said.

Mwendwa further urged owners and members of the public to report cases of donkey mistreatment and abuse to Caritas or any animal care authority for action to be taken against the culprits.

Reports indicate 15 donkeys were found slaughtered in Nyandarua and other parts of Machakos and Naivasha.
Counties
1 week ago

Which donkey are you?

When Jesus enters our lives, we are no longer ordinary but extraordinary people
Sasa
3 months ago

Say hundreds of donkeys have been killed or maimed leaving owners to shoulder the losses.
Counties
3 months ago

Donkey traders rake in millions from industry despised as dirty