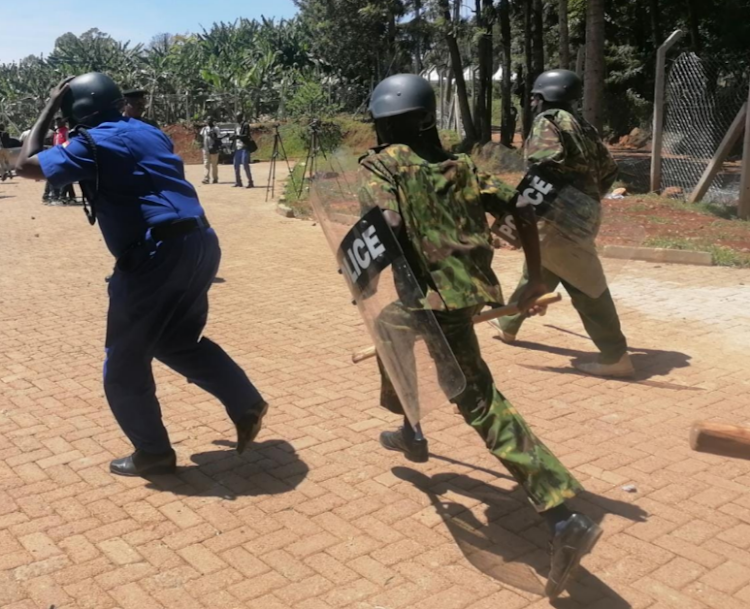 The police service authorities have called on personnel to undertake their duty as expected to ensure peace is upheld during the upcoming general election.

Authorities asked officers to render services to members of the public without favouritism.

Marsabit county criminal investigations officer Collins Oburu asked candidates and politicians to accept the verdict of the electorate and urged those aggrieved to seek redress through the court.

Speaking at the service, the head of reforms at the directorate of criminal investigations Eliud Lang’at advised Kenyans to be patriotic and exercise their democratic right in a peaceful manner during the general election scheduled for next August 9.

Lang’at who is an Assistant Inspector General of police also asked police officers experiencing psychological challenges to seek counselling at the help desks established in all divisional headquarters.

The assistant inspector general noted that police officers were not immune to the many challenges being experienced in the country and should therefore go for advice whenever they felt disturbed.

He added that the service had adequate personnel in the counselling unit and as such no officer should suffer in silence.

Presiding over the service, Fr Dominic Mwiti said Kenyans were law abiding and asked the citizenry to be cautious of politicians who might incite them to violence during the election.

Fr Mwiti who is also the uniformed disciplined service chaplaincy coordinator for Eastern region, called on politicians to be democratic and accept the will of the people during the poll.

The cleric, while calling for political tolerance urged Kenyans not to blindly follow politicians who advocate for lawlessness.

Back up teams sent to specific regions ahead of polls

Already officials have mapped out regions seen to be in need of more personnel to ensure peaceful polls.
News
2 weeks ago

Wanjala says they will have armed police officers collect private guns at polling stations and return them to owners when leaving.
Counties
2 weeks ago

The teams were responding to calls from motorists who had been attacked earlier on
News
2 weeks ago
“WATCH: The latest videos from the Star”
by KNA
Eastern
01 August 2022 - 22:00