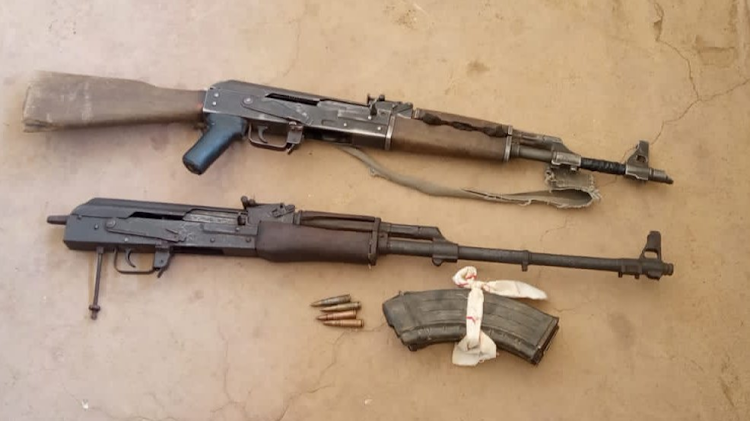 Some residents of Elgeyo Marakwet on Wednesday surrendered two firearms to the authority in the wake of the ongoing police operation in the area.

In a statement, the National Police Service said the residents handed over the riffles following the calls by the authorities urging the residents to cooperate in the ongoing operation to weed out criminals.

"The first riffle was surrendered by a local from Kisiwel and another one by a resident from Kowow," police said.

Early this month, the government imposed a dusk-to-dawn curfew in the county to pave the way for security agencies to mount a security operation against banditry and deadly conflicts in the area.

Interior Cabinet Secretary Fred Matiang’i announced the launch of a  massive disarmament operation alongside social development interventions to restore order in the area and other parts of the North Rift.

“We are beginning to draw two critical exercises that we want to do which include reorganizing deployment in that area and declaration of a curfew subject to clearance by the National Security Council so that we can have an intensive operation similar to the one we launched in Marsabit,” he said.

They commended the residents for their positive response and helping the police recover the illegal firearms.

Man rescues self after snatching AK-47 riffle from assailant

The thug later escaped before the police arrived at the scene.
News
2 weeks ago

Could rogue ex-cop be mastermind of house robberies in upscale Nairobi?

Five men in custody, gang leader and four other men still at large.
News
1 week ago
WATCH: The latest videos from the Star
by BERTHA OCHOMO
Eastern
16 June 2022 - 16:04