•Simon Kiambi thanked all those who campaigned for him.

•He said although he will work for only three months before the assembly is dissolved,  he will follow up to make sure that the projects are completed. 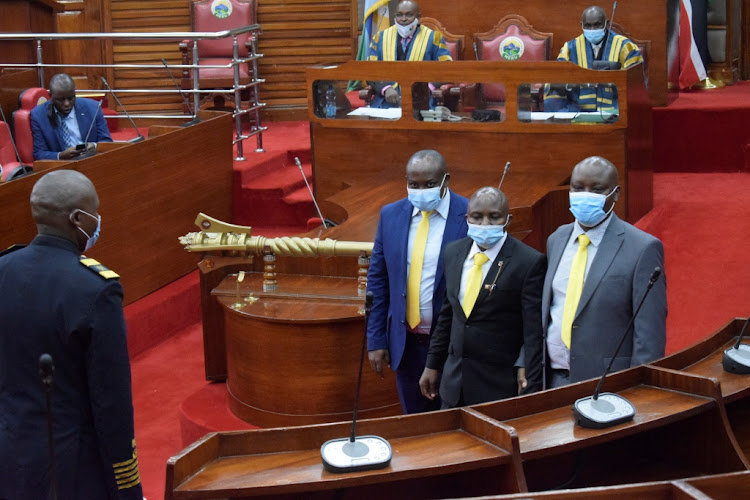 Meru county, Kiagu MCA Simon Kiambi has taken the oath of office after winning the by-election.

Kiambi was elected on a UDA ticket after the death of former MCA Eunice Karegi.

He defeated seven other candidates.

Meru Speaker Joseph Kaberia said the Assembly was supposed to resume on February 8 but they decided to hold a special sitting.

“We consulted with the Leader of Majority and Minority, and decided to have a special sitting,” he said.

Kaberia said Kiambi will be slotted into committees.

Kiambi thanked all those who campaigned for him.

He said although he will work for only three months before the Assembly is dissolved,  he will follow up to make sure projects are completed.

“I will work closely with all MCAs and the Speaker to know how to manoeuvre,” he said.

The MCA said he will work for all people from Mujwa to Kauthene.

John Kireria (Egoji East) urged the people of Kiagu to give Kiambi time to work for them without pressuring him.

He said Kiambi will work with the previous budget.

“We will slot him in all committees,” Kireria said.

Kalembe Mutuma (Ruiri) said since Kiambi has been elected, they should not seek handouts from him.

Similar sentiments were echoed by Julius Mbijiwe (Mwangathia) and George Muthuri among others. 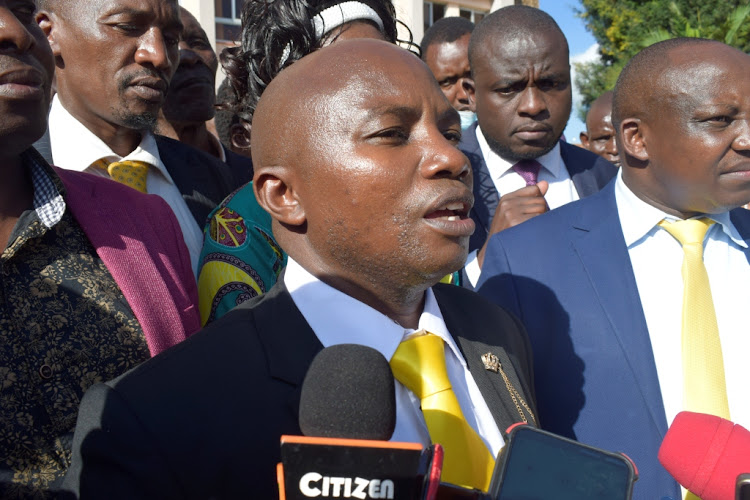