•He criticized the MPs for supporting other parties and told them to stop wasting their time persuading him to join their party.

•Muturi advised the MPs to stop downgrading their political careers by supporting political parties they don’t share an origin. 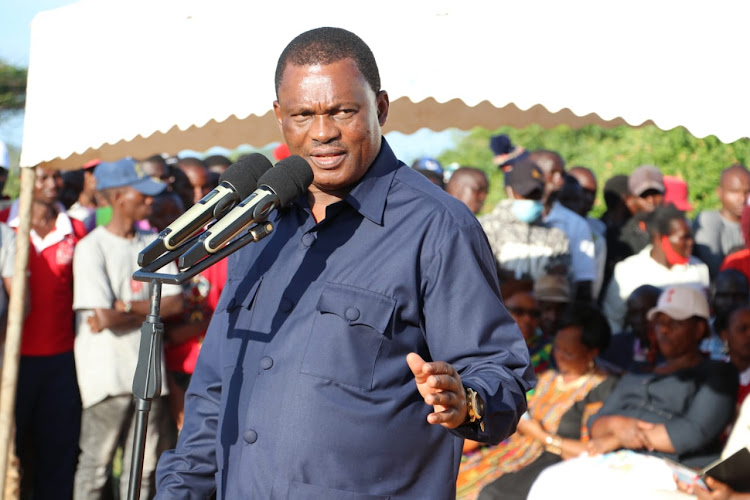 Speaker Justin Muturi has dismissed calls by UDA MPs asking him to join Deputy President William Ruto as his deputy in the 2022 Statehouse bid.

Muturi said he will instead stand firm and seek a presidential position until the last minute.

He spoke on Friday during his launch of the national fruits tree campaign at Karambari Primary School in Mbeere North and later opened Genvis Medical Centre Theatre and Maternity Wing at Karambari.

He criticized the MPs for supporting other parties and told them to stop wasting their time persuading him to join their party.

“I am not ready to be anyone’s deputy president,” Muturi said.

“Leaders asking me to join their party should understand that I am contesting for the Presidency.”

He advised the MPs to stop downgrading their political careers by supporting political parties they don’t share an origin. 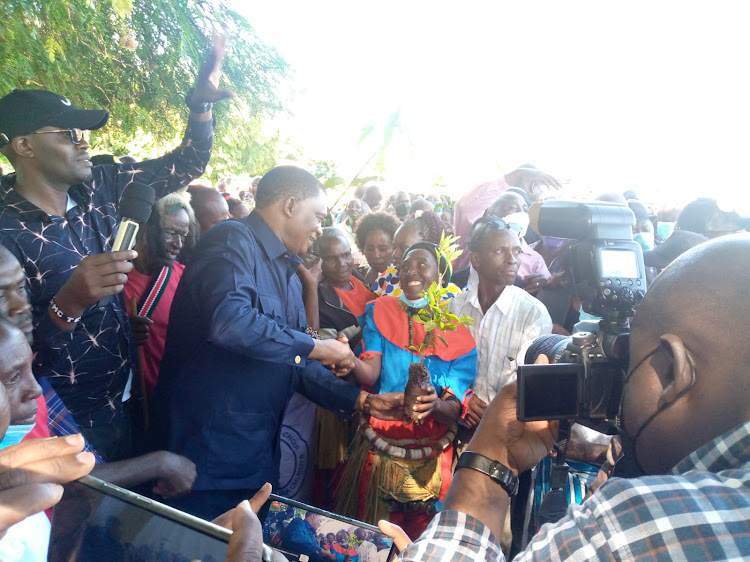 The speaker said the MPs should join a party from the Mt Kenya region and this will assure they lobby for development projects for their people, unite and ensure a sense of ownership.

“Leaders should stop jumping over any party that comes in because they will end up locked out during important decisions,” Muturi said.

The Presidential aspirant through the Democratic Party of Kenya, called for leaders and residents of Mt Kenya to join the party

Muturi said he chose to join the former President Kibaki Democratic party because it has a notable track record.

However, he said, Mt Kenya leaders should be cautious on their political decisions to ensure the region gathers from their leadership.

He said he will host an event to be crowned the Democratic party leader and the flag bearer.

“In a months time I will be endorsed and I invite residents and other leaders to join the party to champion a corruption-free country,” Muturi said.

The speaker was responding to the call from Nominated MP Cecily Mbarire to join Ruto in his party for a deputy president position.

This is not the first time the MP has publicly urged the Speaker to join the UDA party, once in the company of  MP for Runyenjes Erick Muchangi she advised the speaker to unite with Ruto.

Speaking during the event at Mbeere North Mbarire urged speaker Muturi to join DP Ruto in his Statehouse job bid.

“I am pleading with you to consider uniting with Ruto to ensure you land yourself a position in the next government to lobby for the people of Embu,”  Mbarire said.

She lauded Muturi for his achievements and said he has the capacity to hold the presidency office.

Mbeere North MP Muriuki Nyagagua said the speaker is only concerned about the presidential seat and nothing more. 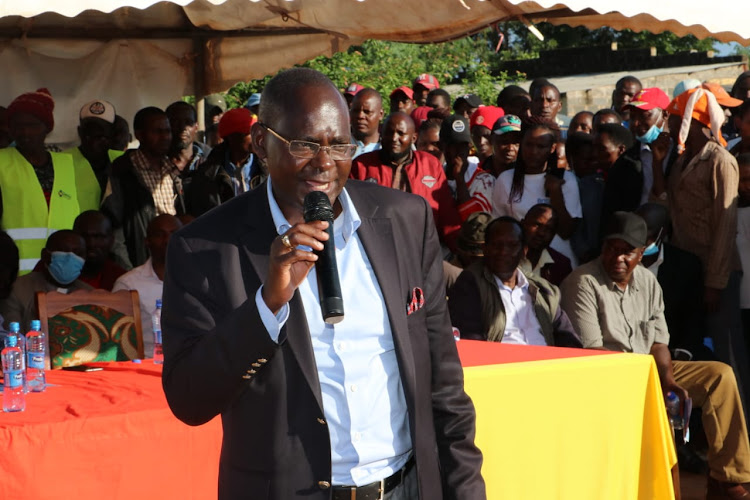 He said that the speaker has once assumed the office and thus this is one of the reasons to attest that he is fit for the position.

Njagagua said Muturi has been in Kenyan politics since the late 90s the same time with President Uhuru and Ruto who have held the executive offices.