Makueni journalists decry being 'locked out' of Devolution Conference

• According to the council, the invitation for accreditation was open to all media houses through an online application. 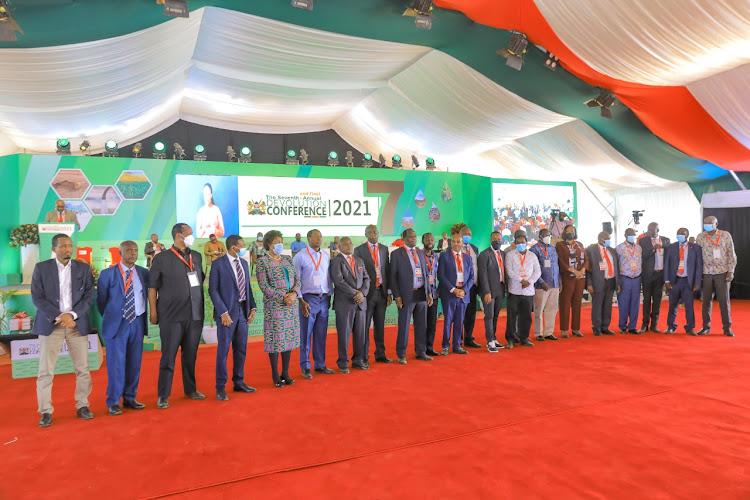 Journalists from Makueni county have expressed disappointment after being locked out of the ongoing Devolution Conference at Makueni High School.

Makueni Correspondents Association chairperson Andrew Mbuva said in a letter on Wednesday that their rights have been violated.

“In regard to our 2010 Constitution, Article 34 (2) we feel that our media rights have been violated and therefore demand that in future CoG prioritises journalists based in counties,” Mbuva said.

However, the Council of Governors said dismissed the allegations, saying journalists whose names were submitted by their editors within the required timelines were accredited.

“I don’t think that is true. I asked editors from all media houses to send two names of their journalists to cover the event, and those whose names were submitted were accredited,” CoG said.

According to the council, the invitation for accreditation was open to all media houses through an online application.

However, with the theme of this year being on climate change, the journalists said that they would have played a big role in getting the message to the locals.

President Uhuru Kenyatta officially opened the conference, saying that the government is working on its efforts with like-minded organisations and institutions to reduce the negative impacts of climate change.

The president called upon the county government to work with the national government in planting trees in order to attain 10 per cent forest cover.

As the chairperson of the National Climate Change Council, the president said that he will remain in the forefront, to ensure that the country’s desire to achieve a low carbon resilient and prosperous future; is realised.

National and County governments to work towards attainment of 10 % forest cover.
News
1 week ago

Raila to represent Uhuru during opening of Devolution Conference

Uhuru expected to plant the two millionth tree at the end of the conference.
News
1 week ago
by KEVIN CHERUIYOT Online Journalist
Eastern
24 November 2021 - 17:30